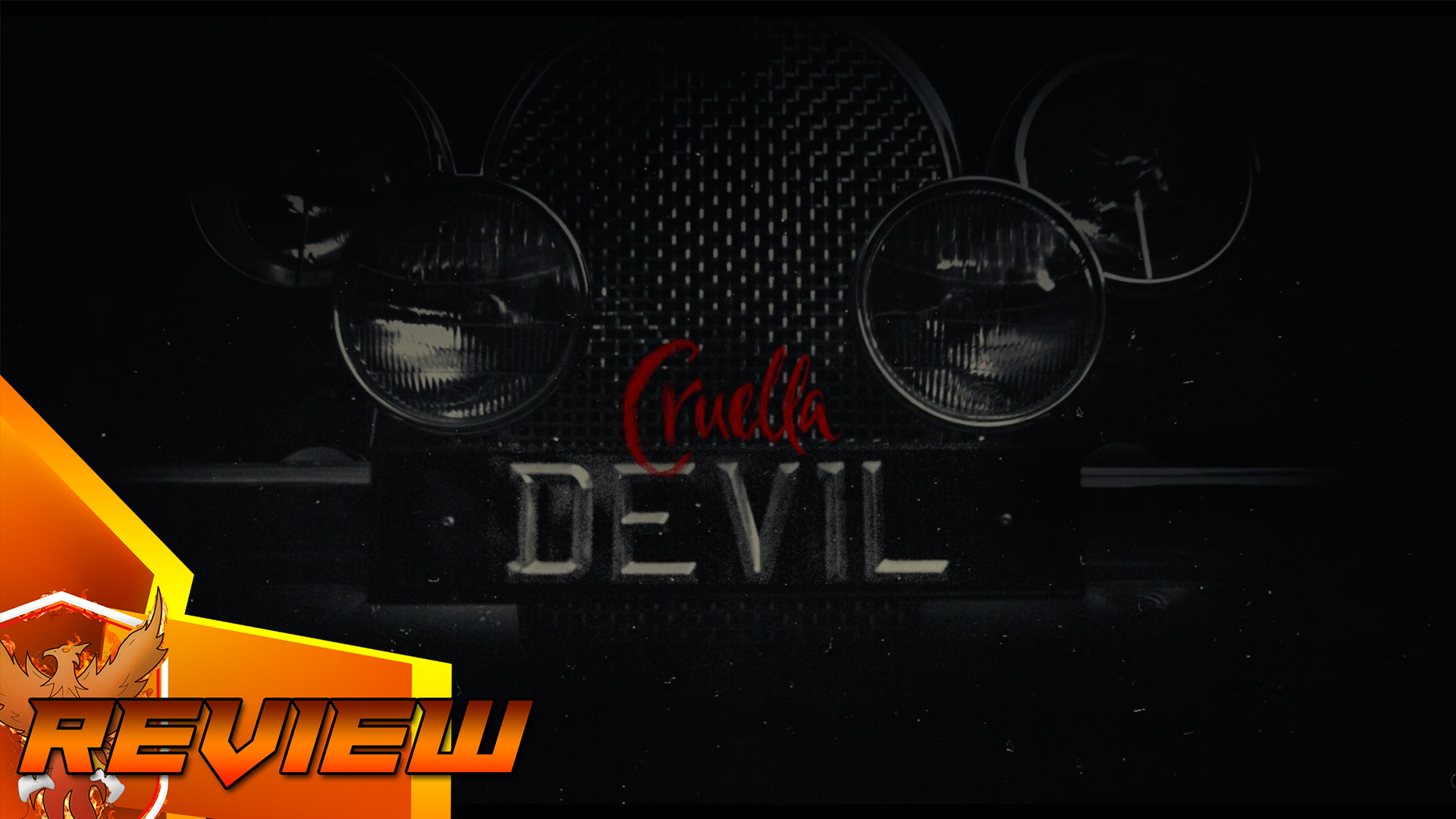 It’s hard to believe, but it has been 25 years since 101 Dalmatian’s played in theatres. 25 years later, Disney has now given us Cruella. The film is directed by Craig Gillespie, and stars Emma Stone and Emma Thompson. Also featured are Joel Fry, Paul Walter Hauser, and Mark Strong. This new adaption of the story gives us an early look at Cruella DeVil, and the combo of Stone and Thompson really knock it out of the park. Both give us a strong performance and helped add another strong movie to the Disney collection.

Cruella is a film meant as a prelude to the 101 Dalmatians story, and the film begins with her childhood. Much was unknown about Cruella’s upbringing, as she was originally only portrayed as an adult. Yet Cruella gives us this new glimpse, in the hope to explain why Cruella DeVil is who she is. I thought the story and explanation were very fitting and did a great job at showing her difficulties. In the past, we knew that she had experienced some form of trauma to cause her transformation to evil. Yet Cruella gives us that visual explanation and does it with great flair and description.

We also see a great second half of the film, which shows DeVil transform into her adult form that we remembered from 101 Dalmatians. Not only that, but we see Gillespie set up the film for a great sequel in the future. While the storyline is not original and is based on 101 Dalmatians, I do think the script was very well done. Cruella did a lot to honor the original 101 Dalmatians story. It was also cool to see Disney return to its “dark roots” offering dark tones to the movie, similar to the original storyline.

Casting can really make or break a film, and in the case of Cruella, we saw a great line of casting and characters. While somewhat simple in casting, we saw great performances and scripting for the main characters of our story:

Estella / Cruella DeVil – starting out as Estella, she adopts the persona of Cruella DeVil as the story progresses. This role is played by Emma Stone.

John – Played by Mark Strong, John the valet provides as an assistant to the Baroness. John then is a catalyst to the film, helping it perform a major shift in the storyline.

There are many strong points of Cruella, but the performance category ranks near the top. In the film, we see a very strong performance by both Emma Stone and Emma Thompson. Both actors provide a stellar display of acting as they settled into their roles. Outside of missing the cigarette (due to Disney’s tobacco ban), Stone does a masterful job of portraying DeVil in the film. Her one flaw was the British accent she attempted to portray, although it did grow on me as the film progressed. Thompson provides a very strong performance as well, giving us a great evil character in the Baroness.

We also saw strong yet comical performances by the supporting cast. Fry, Walter Hauser, and Strong gave us the supporting roles the film truly needed. It reminded me a lot of the old-school casting that Disney used in their original animations. Fry and Walter Hauser truly play the goofy sidekick role well and nailed the performances. While Strong did play mostly on the side of the Baroness, his performance plays an important role near the end of the film.

Other than the performance, Cruella marked very high in terms of Cinematic Experience. The film offered many technical highlights, including a lot of great camera angles and editing. The film offers many scenes using the camera in non-traditional ways. This added awesome shots and vantage points to the film, which only further added to the story portrayal. The film was also edited together well, highlighting the correct drama to further explain the story.

More importantly, than the camera was the amazing soundtrack. After you see the film, take a moment to applaud the sound department for Cruella. The film deploys a wonderful array of known songs, using each to add depth to the scene on screen. So many great songs were used and added to the enjoyment and understanding of the film.

The one thing that did bug me in the film was the use of CGI for the dogs. I am a full supporter of animals, however, I am also not a big fan of CGI animals. To me, they always look really fake. In this film, the CGI usage for the Dalmatians comes across as very fake. They do use CGI though for the other dogs, which did not come out as bad. Overall, I wish they had just used real trained dalmatians instead.

All around, I thought that Cruella was a great film with stellar performances by Emma Stone and Emma Thompson. I also look forward to the eventual sequels that may stem from this film. Without giving any spoilers, the film does foreshadow a sequel at the end of the film. I am already looking forward to that, and to see how Emma Stone can build upon the character. I would also like to see a return of the supporting cast, as they complemented the film well. This is one film you do not want to miss, and it is a great way to start your summer movie series!