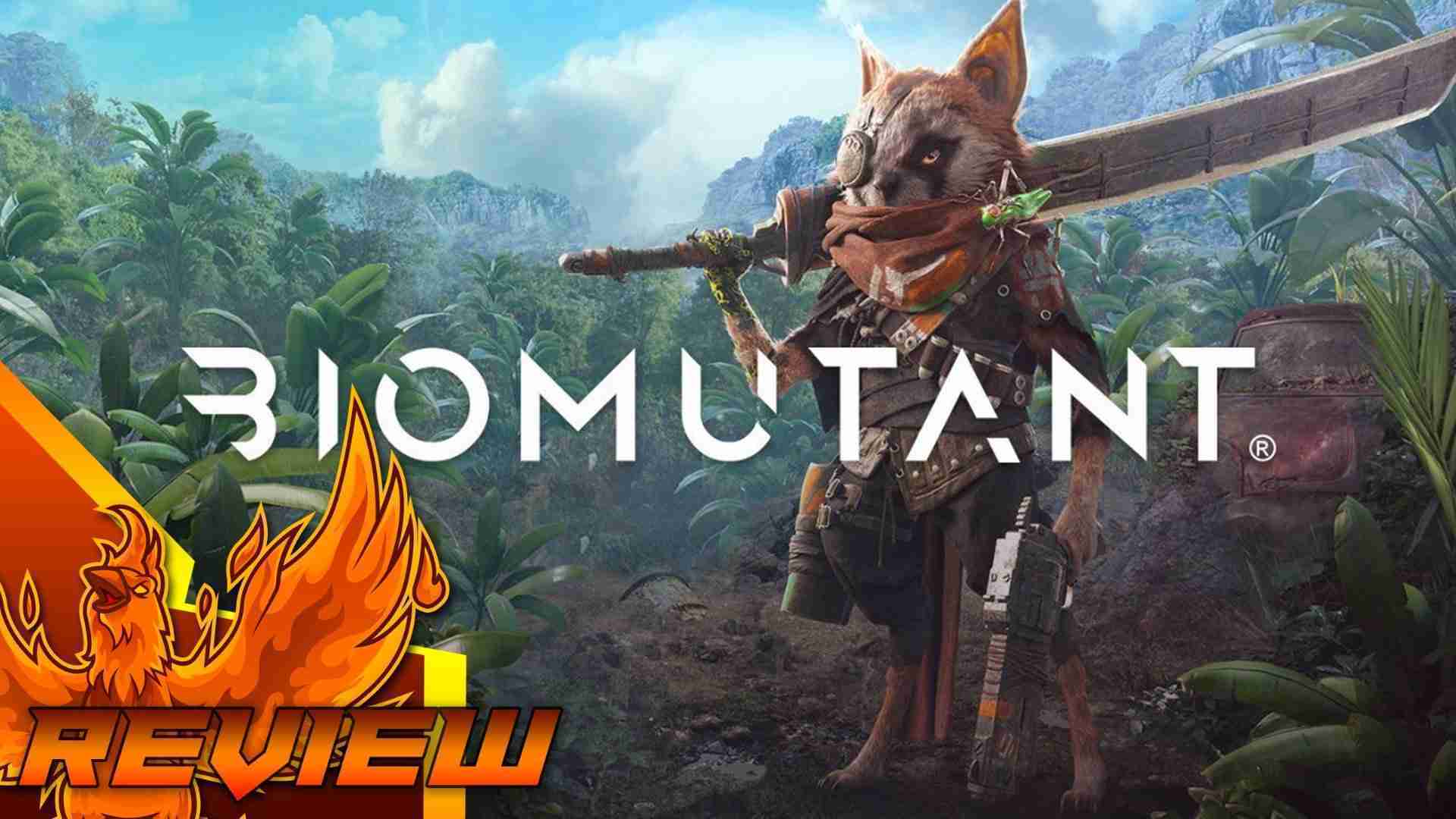 Corporations with their pollution have destroyed the world we know and the new world is run by mutated animals. Not only are they sentient, but they also have a feudalistic society that is centered around martial arts. Biomutant an action role-playing game developed by Experiment 101 and published by THQ Nordic. Released on May 25th, 2021, and developed by a small team of around 20 people. This lush and colorful game filled with guns, blades, kung fu, and mutated animals has plenty to hold your attention once you find it. Honestly, it is not a perfect title but has great elements that make the game fun. The world is large, loot plenty, a variety of biomes, but it still has a hollow feeling to it.

Biomutant is one of the prettiest games I have played in a long time. The world is vibrant, colorful, and full of life. Old towns have deteriorated and the earth has reclaimed large portions of them. Plants and trees turning manmade structures into relics of a past world. The world now made up of fortresses and outposts designed in their leader’s image. A good deal of time I spent exploring the world looking for loot and resources.

The entirety of it filled with flowing grass, well-lit nights, and picturesque days. Seriously, the amount of colors seen throughout this game is wild. At no point does it look anything less than a AAA title. Biomutant delivers in spades when it comes to graphics. The way the fur moves and the varied gear design are something special to see. Epic PSI-POWERS showcase the beauty of this game. When you activate the freeze ability, time slows down a bit, and spikes of ice erupt all around you. It is pure beauty.

Now look, I have to be honest the sounds of the game can be a little overbearing. The narrator turns your gameplay into an audiobook. Personally, it was not much of an issue but I listen to them often. But, it is easy to imagine it becoming annoying for most players. A recent update to the PC version made it where you can lower the number of times the narrator narrates. Also, the NPC’s speak gibberish which I went into the settings and muted because it became quite irritating after a few hours. Moving onto the music of the game, it reminded me of old Kung Fu movies. The atmospheric sounds that slightly change when venturing into different environments were not dramatic but serene. In the end the once you figure out the proper level of narration and gibberish the background music blends just right with the world.

Explore, fight, loot, make ambiguous moral decisions and repeat. Biomutant rewards the curious player with parts, resources, and bandages. The combat was strange at first because there is not traditional lock-on target mechanic. I was mistakenly pulling the left trigger to lock on to enemies for the first few hours of the game. Once you get over that hump the combat is entertaining. Each melee style (unarmed, crush, 2 handed, single-handed, dual wield) and ranged style (single, dual wield, shotgun, automatic rifle) has its own combo animations. Even though the animations look different all use the same button combinations. This is not a problem it made it easier to switch between weapon types.

The game starts with you designing everything about your character. The physical appearance of the character has a direct effect on your stats. The breed and starting class play a large role in your initial stat levels. My initial build was luck and charisma heavy because I wanted the RNG of loot to be in my favor. I will say that this created a fun problem of my gear being overpowered early on and carrying me throughout most of the game. For example, I found a crush weapon with 50 freeze damage and a 600-800 damage range. This weapon I kept in rotation for most of my playthrough. My situation may be different because I had my luck boosted to 60 but I had to force myself to use different weapons because it felt so overpowered.

The charisma build was not only a way to get discounts at the vendors, it provided another way to complete missions. I was able to peacefully capture a majority of the fortresses. Without giving away too much just know there is more than one way to complete the story.

Crafting is where this game shines. The amount of customization available for you to use is astounding. I found blades that knocked down smaller enemies while boosting critical hit chance and also causing radiation damage. That was just one part of the weapon you need a handle and sometimes you can have addons to boost damage.

As much as there is to do in this game it has a strange hollow feeling. The world is beautiful and the variety of enemies is nice but they are mainly found in pockets of the map. You can find yourself traveling for a while before running into an enemy encampment or building to loot. It does fit with the story of the world being reborn out of the rubble of human society but the game has an empty feel to it.

Your “Mooma” or mother was a great warrior leader who was murdered by the giant “Lupa-Lupin.” After going into hiding for a while you are back to get revenge. But the tribes are now looking to you to decide the fate of the world. There are moral decisions to be made all throughout the game. Light and Dark are depicted by little sprites that argue back and forth for your attention. Throughout the journey, you meet people from your childhood who remember you and help you to save or destroy the World Tree that is the core of the world of Biomutant.

To be honest, often times the dialogue options are not clear on whats a light or dark option. Sometimes I hoped I made the light choice and ended up choosing dark. Overall I think the story is hurt by the narrator being the only voice you can understand throughout the entire game. It takes away from the emotional connection to the story. It is not the most original tale but it was not bad.

Overall, Biomutant is a fun game that you can spend hours playing. Is it an epic tale that people will speak on for years to come, no but a small indie team did make one of the prettiest games I’ve played in years. I hope that some updates come along and add more roaming enemies. They already added in the ability to adjust the narration and gibberish so positive moves have been made. This game is fun to play but I would recommend you pick it up when it is on sale. I rate this game 6.9 out of 10. I received a code for Biomutant from the publisher through Terminal for this review.

Deliver Us The Moon: A Cinematic Story Review