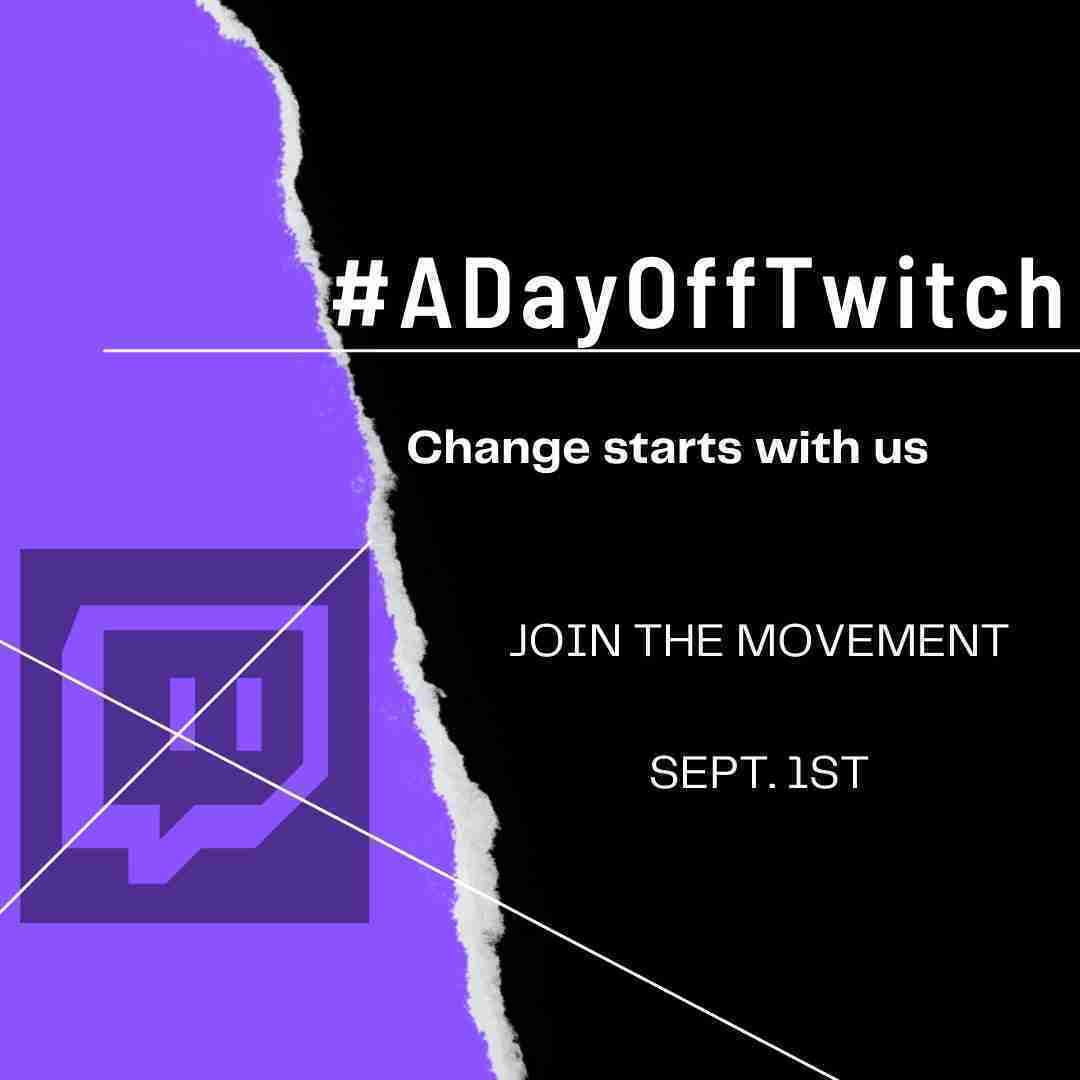 It is a known fact Twitch is the largest platform in the streaming world for content creation. It’s the biggest in terms of viewership, as well as in terms of content creators. Twitch has been home to the biggest names in the streaming world. However, recently the platform has come under fire for its lack of support and protection for marginalized creators due to an increase in hate raids. It’s gotten so bad that it has spawned a day of action called “A Day off Twitch,” taking place on September 1st and inspired the #TwitchDoBetter.

What is a hate raid?

So to start out is what spawned the hashtag to go viral. And this comes from the fact that over the summer there has been an increase in harassment known as hate raids. Now, what is a hate raid? A hate raid is a targeted form of harassment by using racial slurs, sexist comments, and homophobic derogatory insults to spam a streamer. This usually consists of a large number of bots, or automated accounts, spamming on a script, or automated actions.

At first, it was sporadic but now it has become more frequent. Some content creators reporting it happening twice to even three times in a single stream over the course of several hours. This has been hard as it was targeting larger content creators at first. Some of the most notable creators are IamBrandonTV, RekitRaven, TechniqTV, and others. There have been many creators who are dealing with this. And now it is no longer affecting only large creators but also smaller streamers.

And this is hard because some creators do not have a team of mods, let alone a single full-time mod. So for many streamers, it is up to them to do it all themselves. So the hashtag became a rallying cry to bring to light this issue. Started by RekitRaven, the hashtag was used to call out Twitch’s lack of concern to protect the creators this was happening to. Where in some posts that they stated they were banned. This comes even after deleting the comments and banning the bot accounts, they are hit with bans due to hateful language in their VODs.

Some are even having to go so far as to turn their chat into emote only when they are offline. As there have been reports you can get banned for things in your chat when you are offline.

What is Twitch Doing?

So far it seems that Twitch has done nothing. In the past month, the situation with the hate raids on the platform has only gotten worse. And the team has done very little. Besides having made a statement at the beginning of the month, as well as an update a week later. However, the community feels these words are nothing but hollow PR statements. They have used the same “we are listening and need to do better,” multiple times for multiple issues in the past.

The community at large wants more action, as that would prove if Twitch is serious. And it is completely understandable. Many feel that they really do not care about POC’s or the LGBTQIA community, outside of the pride or history months. Not to mention that they’ve been absolutely quiet on the situation since. Even after they themselves were hate raided on their official TwitchGaming channel during the Xbox Games Showcase at Gamescom.

The Day off Twitch Movement

So after everything Several streamers have banded together to help enact change on the platform. This is being done as a sign of solidarity to help bring attention to the issue. But more importantly that the community as a whole stands together in regards to wanting change. RekitRaven actually released an official statement on twitlonger explaining that not everyone can participate due to obligations, but states do not attack those who can’t participate either. This is to help show that there is a want, a DEMAND, for change and protection.

One of the organizers is actually taking the whole week off and explains the goals that they are hoping to achieve with A Day off Twitch. They are working hard to speak with Twitch for a chance to get them to listen. Now Raven did say she had a chat with Twitch and that it went well, and she will hold them accountable. However, if they truly stand by their word is up for debate.

And besides, there have been a few other content creators speaking out in support. Namely Negaoryx and BobDuckNWeave, who were both very open about using their platform and as much as they can to voice support. Even if it is the bare minimum.

Well while there is no word from Twitch officially there are absolutely many people looking for other platforms to transition to or willing to wait and see. Hopefully, Twitch is truly paying attention to the work being done. The community is going to great lengths to ask for more safety and protection. Those in marginalized groups are exhausted having to fight for the bare minimum support. It’s time to see if they will put their words into action. But for those wishing to observe the A day off Twitch movement, it will take place on September 1st.

But for those content creators who are looking to protect themselves, many creators made a list of useful tools. Here is a list of tools on a website built to help against hate raids. As well as a tool from Commander Root, a known coder and support of twitch API’s to remove follow botting accounts and more. There is also a new tool from SmartASCIIGames who made a web-based anti-Hate raid bot.

For now to all our fellow creators BIPOC, LGBTQIA+ & anyone else affected. We are with you and we stand with you all.