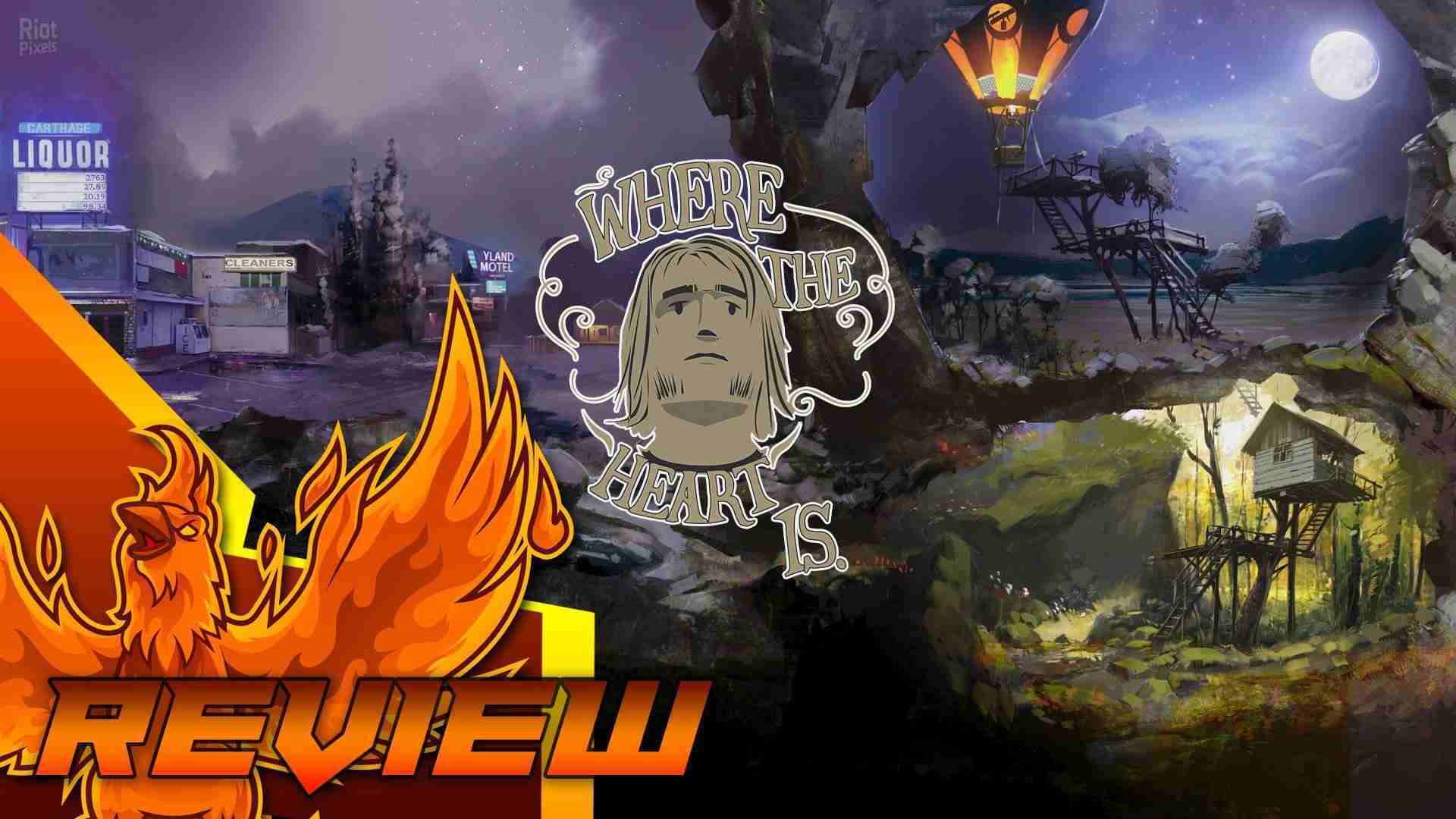 Most games we play don’t force us to look at our own decisions in life. We don’t usually have games around that make us constantly pick through someones life. Where the Heart Leads on the PlayStation 4 makes you do that. It puts you in situations that push the main characters life into difficult life choices. This is not a normal game that everyone will play. It is a game that will have a great following.

This is a game that has many different paths to follow. In fact, you can start the game right off by getting some help to save the dog or going alone. Once that happens the paths start to branch out like the Marvel multiverse in Loki. Without giving too much away expect to get stuck in some difficult situations. You will have to decide on some moments that may cause some hardships down the road. Your brother Sege will be a part of those decisions as you try to keep your life afloat with Rene and the kids.

Keeping the story branching out will keep players busy. Making some of those decisions tied to trophies will defiantly cause players to play this game multiple times. With the different choices and a down-to-earth story, this game keeps you entertained.

One thing that Where the Heart Leads does exceptionally well is the music. At all times the soundtrack sets the tone for this game. From the moment Whit is trying to rescue his dog it’s pushing you into a direction that makes you actually feel emotions. Most games just have some kind of background music that you can ignore. I have played countless games where I just turned off the sound. When I tried playing this game without any music it was heartbreaking to play without.

This game would benefit from having some sort of voice cast. Constantly reading everything gets boring. So much of this game is just text-based that it would have been nice to have some of the townsfolk actually just talk. Not every game can have everything. Some developers have a certain flow to the game and I think voices would have helped. That doesn’t mean I didn’t enjoy reading everything. I just know that most players will not be playing a game like this.

Plenty of games out in the wild boast some beautiful graphics. Where the Heart Leads kinda falls into the middle. With some stellar backgrounds that truly make you stop playing and inspect the details. This game could be one of the best-looking games around. That is until you see some of the other features of the game through the clunky camera angles that do happen. More than once I had the camera either get stuck or I just couldn’t see what I was walking into. This did happen in some areas that caused me to just ignore them until I realized they were a part of the story.

The games sets are just huge. From the cavern that you fall into to the town. Each one is just a massive place to explore. The relaxed setting that the game provides makes it easy to enjoy each area as you explore or search for people to finish those memories.

In Adventure games like this one, you don’t really have much to do with the gameplay. Most games really use the whole controller to do specific things. In Where the Heart Leads you’re monthly just pressing the X button to get the dialog to continue. At the start, this really felt like a traditional adventure game. As you progress moving Whit around to talk to various characters from his past became tedious. Most of the time you became a messenger. This meant that for someone like Sege you would have to run around and look for work for him so he could continue on his sculptures.

While some of the game does require you to do some tasks, it’s not that difficult. Holding down the square button will be one of the hardest things you have to do. Given that this is the only thing don’t expect your hands to get that tired playing this game. If you do get lost the game really doesn’t help you that much. The thing is I didn’t have a problem with that. I actually liked have to explore and search for the next person to talk to. Sometimes I would forget what was said before I went off on my journey. Luckily the game has a feature that saves the text from those conversations. At no point did I get frustrated or annoyed at this game.

Where the Heart Leads is a good game. The music to the visuals all works together to keep the player focused on what’s happening. I didn’t have any issues with keeping my focus on what I needed to do. Even when I got to parts that didn’t give me a direction I was still able to sit and enjoy the game. That’s a rare thing to see with all the games being released. Not every game can keep you engaged even when you don’t have a clue what to do. The one regret I do have is not owning a PlayStation 5. I really would love to play this game on that system to see how all those colors blend together on the console. This will be a Platinum trophy that I can’t see other players grab. I would like to thank Armature for giving out a code for this game.

Where the Heart Leads