Yakuza Like a Dragon now on Xbox Game Pass 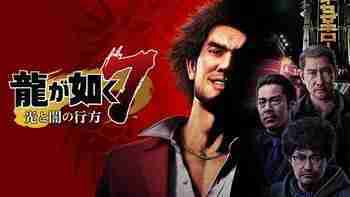 Since the original announcement at the XO19 event of Yakuza 0, Kiwami & Kiwami 2 introducing the Xbox community to the saga of Kazuma Kiryu. Since then Sega has seen a massive interest in the series and has gone to release the entire mainline franchise on Xbox. With each launch, they were launched on Xbox Gamepass on day one. For the launch of the Xbox, Series X/S consoles the newest entry, Yakuza Like a Dragon, was a launch title that took advantage of the power of next-gen hardware. During the Xbox showcase, it was announced that Yakuza Like a Dragon will now be on Xbox Gamepass today.

Yakuza Like a Dragon has been the most successful Yakuza game to date. Part in launching on more platforms than ever simultaneously as well as globally. Its turn-based combat, over-the-top visuals, and iconic heavy story writing made it massively popular on the Xbox platform. With it now coming to Xbox Gamepass it’s the perfect time for fans who have you to try it! While being a wonderful addition for existing fans and a great starting point for new fans. the game follows Kasuga Ichiban as he builds a party of misfits to uncover a conspiracy in the port city of Yokohama.