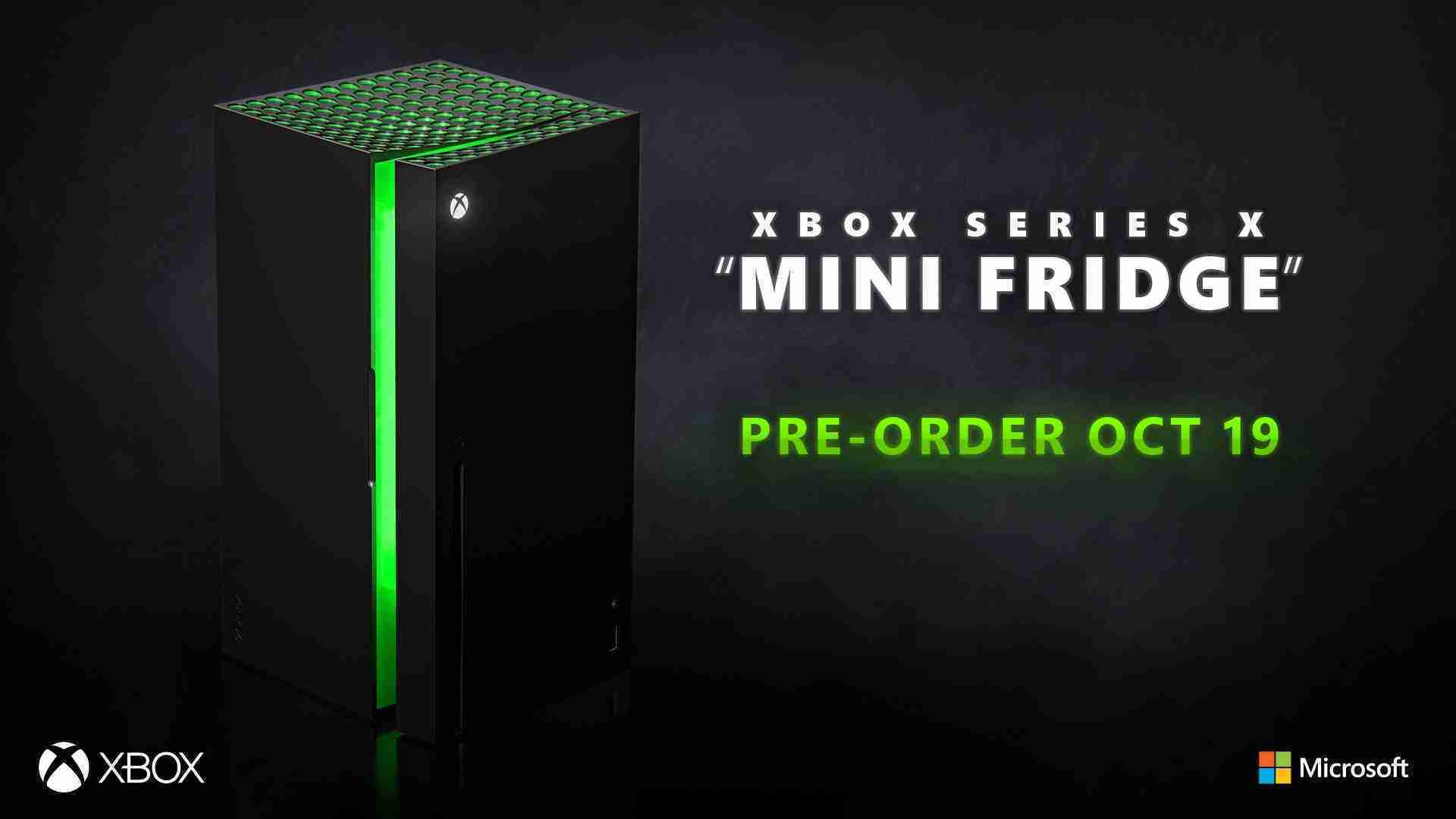 Don’t Let Your Memes Be Dreams

Starting out as a viral meme poking fun at the Xbox Series X console for resembling a fridge, Microsoft has turned the joke around into a great marketing opportunity. The Series X fridge meme has been prevalent since the console’s reveal at The Game Awards back in December of 2019, and Microsoft embraced it. Even to the point where they gave Snoop Dogg his own full-size Xbox Series X fridge, and including the fridge joke in their marketing for games like Resident Evil: Village.

Back in June, Xbox reveled at their E3 2021 show that consumers would be able to get their hands on a mini version of the Xbox Series X fridge.

Aaron Greenberg, Xbox’s GM, has revealed today the pre-order date for the Xbox Series X Replica Mini Fridge and a price point for it too.

Pre-orders go live on October 19th 2021, and are slated to arrive to multiple retailers in December. Just in time for the holidays! The price point for the replica mini fridge will be $99.99 in the US, and the first wave will be exclusive to their retail partner Target. Canadian consumers will also be purchase it via Target’s online website.

A Fridge For The People

Aaron Greenberg has also released a bunch of information on the fridge. The fridge will be coming in a matte finish and have LED’s and features to resemble the console that inspired its design. It will be able to hold 12 cans of pop, and have two shelves in the door for snacks and even USB ports to charge your devices as well. Aaron also notes that they will be producing the fridge through 2022 to reach more fans and expand it’s availability across different regions.

Are you going to get your hands on this replica Xbox Series X Mini Fridge? Let us know!

You can also follow me on Twitter, and check out my live streams as well on Twitch!