Xbox Games With Gold March Is Another Let Down 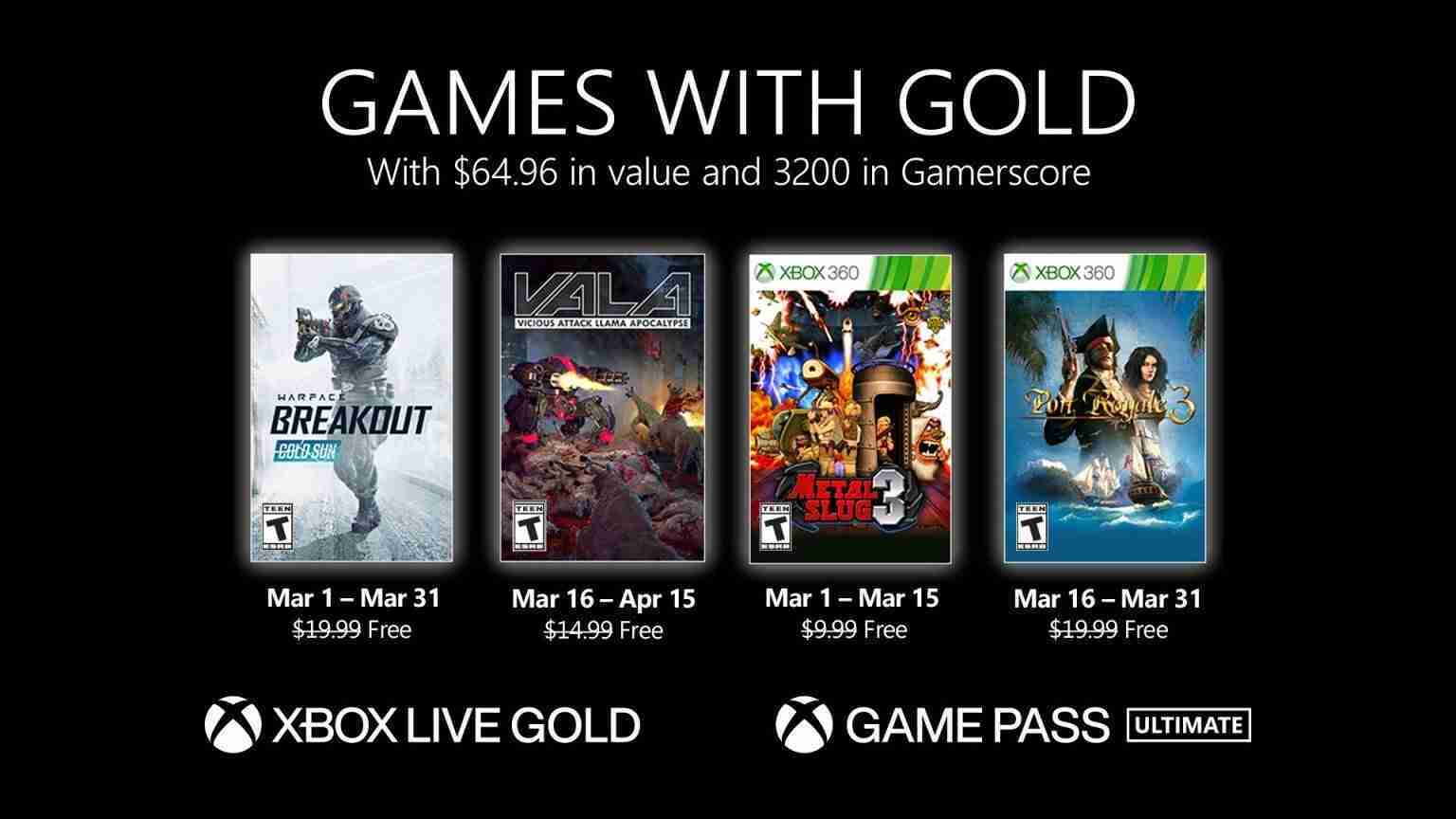 Each month Xbox Games with Gold subscribers & Xbox Game Pass Ultimate subscribers are given new “free” games to play. However, as of late the list of games have been lackluster to say the least when compared the PlayStation Plus. Here is what gamers can expect for Xbox Games With Gold March.

Warface: Breakout
Tight gunplay and strategic team cooperation define this tactical online first-person shooter. Make split-second decisions, use a vast arsenal of weapons, and master the high-stakes PvP experience to become the ultimate mercenary of tomorrow. Elite forces are coming to Warface: Breakout on March 1! A new cosmetic pack adds a new exclusive knife, elite weapon skins, new epic helmets, and more to the game. Join the new event from March 8 to March 22 in the team deathmatch game mode. Improve your progress in the event and get new special rewards!

Vicious Attack Llama Apocalypse
Prepare your thumbs for a frantic top-down, couch co-op, twin-stick shooter like no other. Remotely pilot an endless supply of mechs to fight through the vast llama horde apocalypse. Featuring 1 to 4 player co-op, a massive, changing city to explore, and Xbox Play Anywhere functionality including on your PC, take down the Llamanati and pray that Llamazon blesses you!

Metal Slug 3
Marco and Tarma of the Peregrine Falcon Strike Force are back to take down General Morden’s rebel forces. Run, gun, slice, and camel your way through an onslaught of adversaries, from soldiers to giant enemy crabs. Pilot a wide array of Metal Slug vehicles, shoot a variety of weapons, and cause mass destruction in this legendary run-and-gun shooter.

Port Royale 3
It’s the turbulent 17th Century, and you are a young sea captain whose only goal is to be the most powerful man in the New World. To achieve your goal, either choose to be a trader – developing trade routes to earn fortune, glory, and power; or become an adventurer – plundering, invading, and leading your ships in beautiful 3D naval battles. Set sail on 16 different ships, from versatile frigates to powerful galleons, and build your empire in the Caribbean.

What are your thoughts on Xbox Games With Gold March.