Xbox Games With Gold June 2020 Has Been Announced 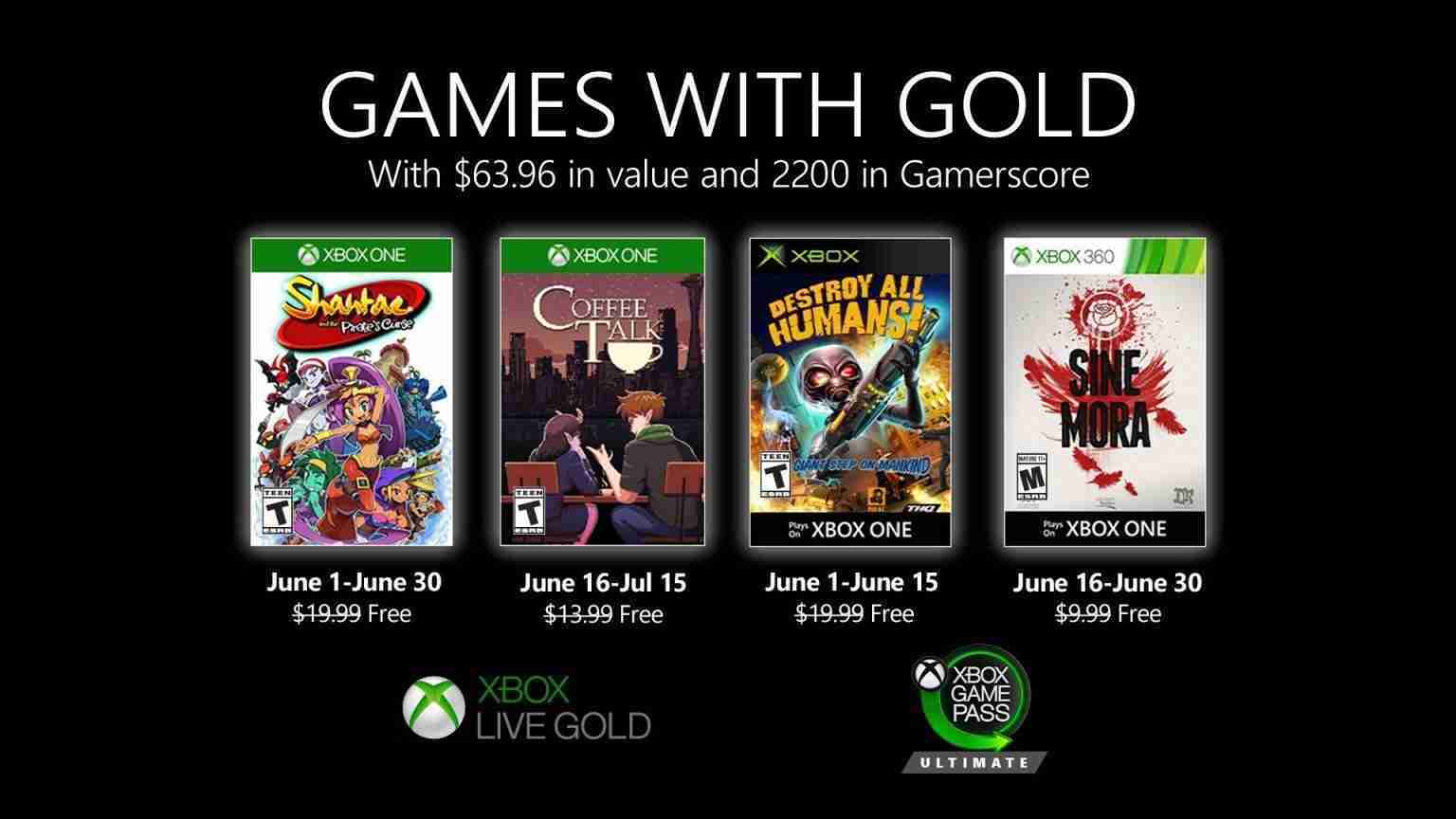 Xbox Games with Gold June 2020 has been announced. These games are “free” to you as long as you are a Xbox Live Gold subscriber.

Shantae and the Pirate’s Curse
Embark on an exciting adventure with your favorite hair-whipping, belly-dancing genie. After losing her magic abilities, Shantae must team up with her nefarious nemesis, Risky Boots, in order to save Sequin Land. Slay monsters, battle epic bosses, and obtain new weapons in a quest to remove an evil curse from the land and gain back her magical powers in the process!

Coffee Talk
Lend an ear to your customers as you serve up hot drinks behind a bar. As a barista owner in this soothing and relaxing game, immerse yourself in the stories of the city’s fantasy inhabitants where progression is based on the variety of beverages you serve. You will easily get invested in the strong narrative of your customer’s lives while playing this timely character interaction simulator.

Destroy All Humans! (Xbox)
Experience the other side of an alien invasion as you conquer Earth. As part of the Cryptosporidium 137 armada, take over all humanity via land or air using a variety of alien weaponry. Fire ray guns, throw cows, or even disguise yourself as a puny human as you take one giant step on mankind.

Sine Mora (Xbox 360)
Time is the ultimate factor. Rather than the traditional health status bar, this old school style shoot ‘em up sets itself apart by focusing on massive destruction and time manipulation. With gorgeously crafted stages and deeply challenging Story and Arcade modes, you will test your abilities in this excellent entry to the shmup genre.

Bloodlines 2 Development Could Be In Jeopardy