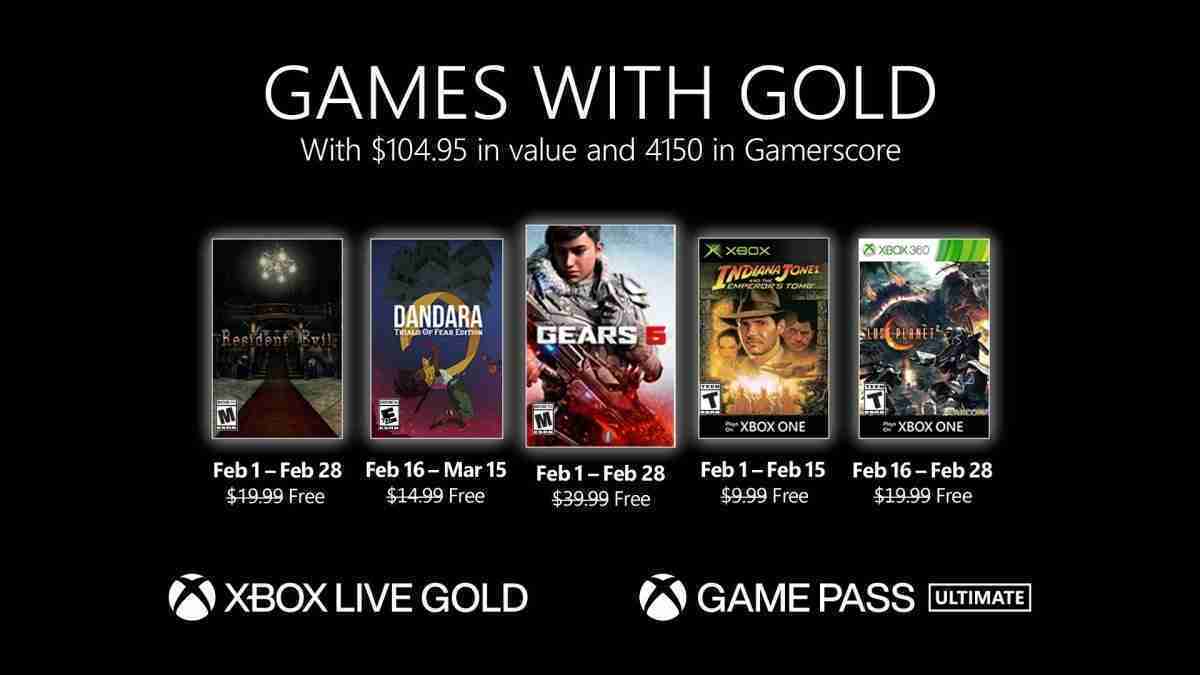 Each month those who are subscribed to the newly increased Xbox Live Gold or Xbox Game Pass are presented with a new slate of “free” games to play. Here is what you can expect for Xbox Games With Gold February 2021. This all comes via news from xbox.news.com.

Gears 5
Experience the celebrated campaign and multiplayer, now fully optimized for Xbox Series X|S. With all-out war descending, Kait Diaz breaks away to uncover her connection to the enemy and discovers the true danger to Sera… herself.

Resident Evil
It’s the game that defined the genre. In this remastered version, join the special forces team, S.T.A.R.S., and investigate a mysterious mansion on the outskirts of Raccoon City. Stay alert because supplies are scarce, and the living dead are all around.

Dandara: Trials of Fear Edition
Discover secrets, dangers, and an array of unique characters in the world of Salt. In this metroidvania-style platformer, a heroine arises out of the aether of fear to help a world on the brink of collapse. Featuring stunning handcrafted pixel art and original soundtrack compositions that bring a visual and auditory wonderland to life.

Indiana Jones and the Emperor’s Tomb
It’s time to put on your fedora and help Indy recover one of the most powerful artifacts known to man. In epic, globe-spanning fashion, take on Nazis and the Asian underworld to track down the mysterious Heart of the Dragon before it falls into hostile hands.

Lost Planet 2
After 10 years removed from the original title, return to the troubled planet torn apart from the ongoing battle for thermal energy. Play four player co-op and customize your character with an arsenal of weapons and vehicles to pilot.

Will Kratos Appear At The Next State of Play?