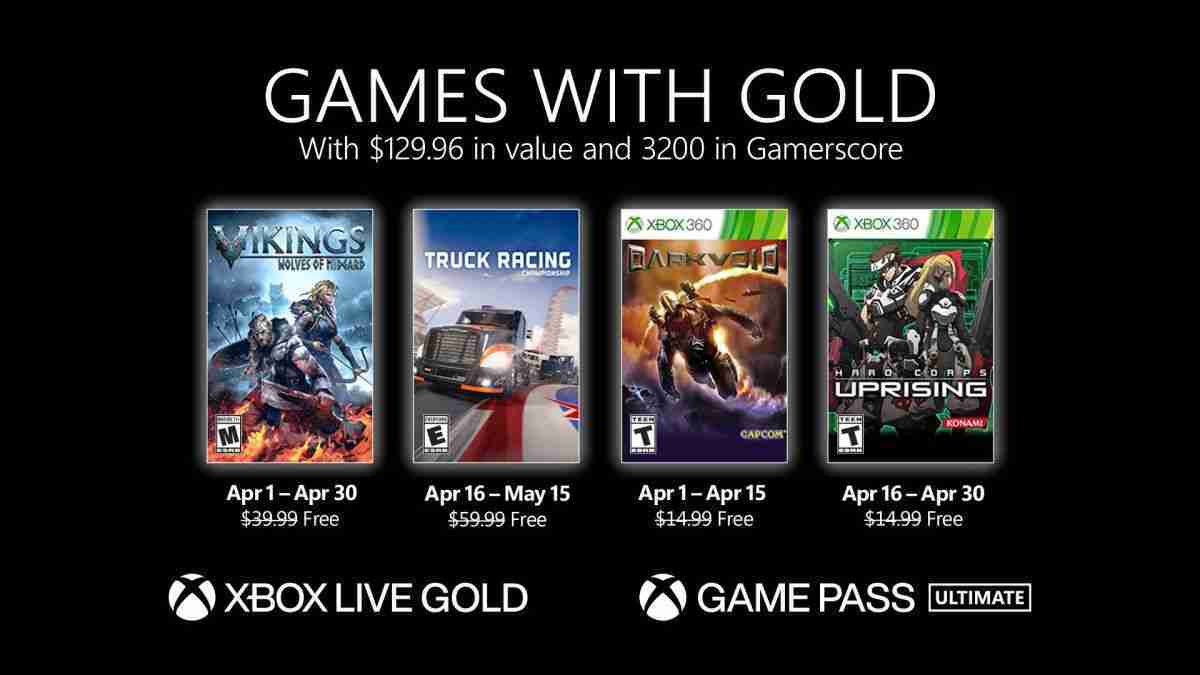 This is starting to get repetitive. Xbox Games With Gold April 2021 have been announced. With that comes another month of disappointment. I am not attacking the developers who work hard to make these games, however for the money gamers pay for Gold, I expect more. Very much so when compared to PS Plus. Here is what you are getting for April via Xbox Wire.

Vikings: Wolves of Midgard ($39.99 ERP): Available April 1 to 30
Journey to the shores of Midgard, a world based on mythology with a fantasy twist. Join a notorious band of Viking warriors and take up the fight against the fearsome Jotan and the beasts of Ragnarok. Master mighty weapons including sword and shield, two-handed hammers, axes, and bows, and vanquish the fiendish creatures of Fimbulwinter which threatens to end all life.

Truck Racing Championship($59.99 ERP): Available April 16 to May 15
Take the wheel behind giant 5-ton, 1,000 horsepower semi-trucks in a completely new racing experience. Featuring all the unique challenges of the European Truck Racing Championship, drive 45 different vehicles in 14 worldwide circuits. Consider the weight of the truck when cornering, monitor tire wear, and find the best tactics to win the race.

Dark Void ($14.99 ERP): Available April 1 to 15
Step into the Void, a sinister parallel world full of hostile aliens and deep mystery. Dark Void showcases powerful weapons, where a combination of ground-based combat and jetpack powered dogfights bring a thrilling dynamic. Experience the seamless transition between fight and flight in this epic adventure.

Hard Corps: Uprising ($14.99 ERP): Available April 16 to 30
Play the retro run-and-gun action title, Hard Corps: Uprising. Write your own legend in the grueling trenches of Arcade mode or upgrade and build up your soldier in Rising mode, where only the best of the best can survive and achieve ultimate victory.

what are your thoughts on the Xbox Games With Gold April 2021? Leave some suggestions on what we can do better or change. Are you interested in writing, editing or just being a part of Lv1 Gaming? CONTACT US HERE!

Gran Turismo 7 Races Into The Next-Gen

Yakuza Remastered Collection and Yakuza 6: Song of Life is coming to Xbox & PC in 2021!