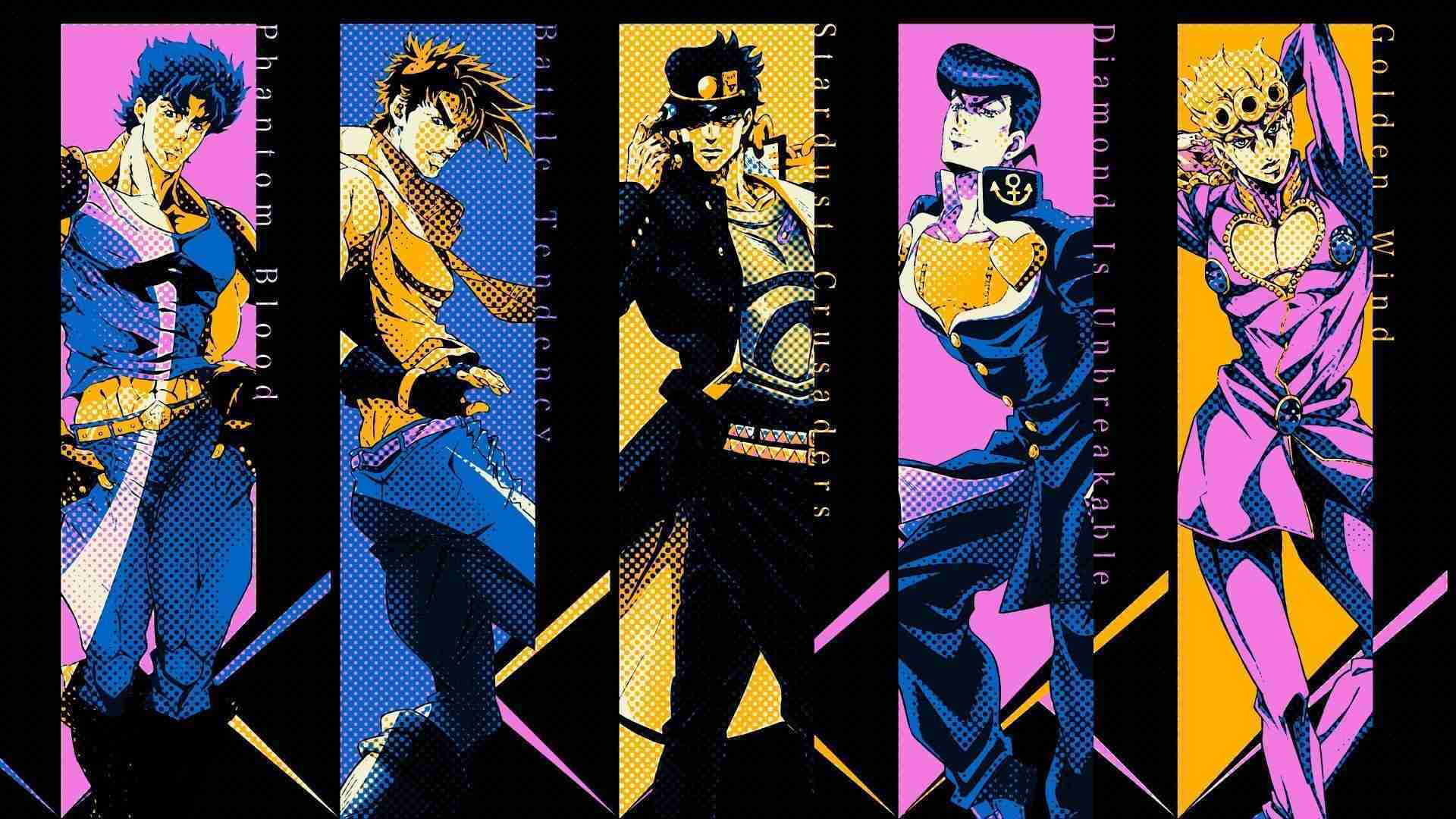 I’m back with another bizarre article. I know that was a bad joke, and I’m not sorry. Jojo’s Bizarre Adventure is such a great show that I love very much. From the weirdness of it, to the over the top posing. It is a great show and in this article I’ll go over what makes it so great. I hope you enjoy.

“Stands” are the main power system in Jojo’s, and while there are others they are not as prevalent as stands. A stand is the manifestation of the user’s fighting spirit. While there are certain stand types, even those of the same type tend to vary from person to person. From having a deadly mini war plane to even stopping time, the abilities granted by each stand are very unique. A good example of this are the two stands Star Platinum and Crazy Diamond.

While essentially the same type of stand, their abilities vary greatly. Star Platinum can stop time for about 5 seconds while letting the user move within the stopped time. Crazy Diamond by touching something can return it to its original state or alter it completely like with Angelo. Both stands are strong short distance type stands, however because of their unique powers they are different and feel great to watch. I also like the big buff ghost form some stands take.

Gotta Love The Weirdness Of It All

Jojo’s Bizarre Adventure is a very weird series. It is silly, over the top, and overall just plain bizarre at times. I love it. It is one of the great aspects that make the show so enjoyable. From posing like an old Greek statue to an old guy just screaming “HOLY SHIIIT” whenever he gets worked up. A great example the the show’s strangeness can be seen in the episode where Rohan and Josuke were gambling against each other.

In this episode, for some reason there is a shape shifting guy who says he is an alien (we never did get any clue to if he was or not) that helps Josuke to cheat against Rohan to get money from him. The whole ordeal is silly, weird, and wonderful. Interactions like these are a regular occurrence in the show too, where characters will just do the craziest thing and act like its normal. I love this stuff and so it’s a big part of the reason I love Jojo’s.

The Spirit Of The Series

The author, Hirohiko Araki, has clearly put his heart and soul into making this series. Despite how crazy and silly the series can be, there are also moments that have made a significant impact on me emotionally. For me, the spirit of this show is to always stand strong in the face of adversity no matter how hard it gets, and to stand up for what is right even when it feels like the world itself is against you. There are too many moments to list honestly and I don’t want to spoil the you from those moments, so I’ll get just a little personal for this one.

I’m someone who has faced depression and this show means a lot to me. The theme to keep going in the face of impossible odds is something that hits home and it inspires me to keep going and do my best. I don’t think I’m the only one who feels this way either. The series is fun, goofy, and heart felt, and that clicks with people. I love Jojo’s Bizarre Adventure because watching it makes me feel like I can stay strong and keep going.

Parting Words That Got Deep

As you can tell Jojo’s means a lot to me. It’s a great show that is fun, hopefully like this article. This has been Why JoJo’s Bizarre Adventures Is So Great. For more of my work go to Caleb J at LV1 Gaming and to watch Jojo’s go to Crunchyroll. Until next time!