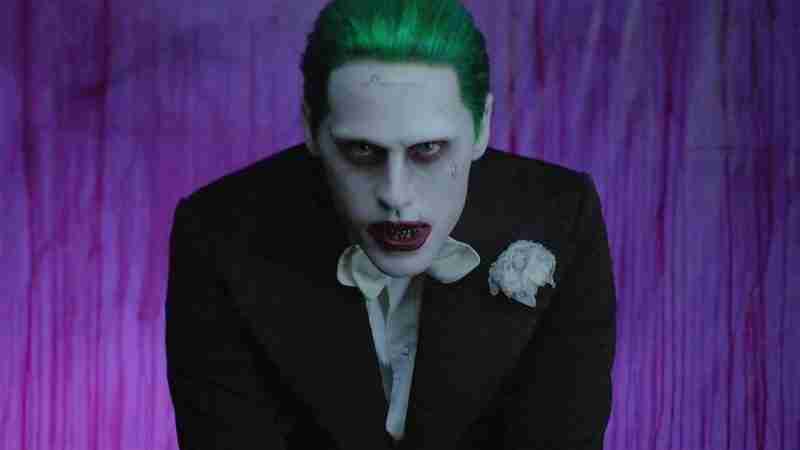 In an article published by The Hollywood Reporter, it was revealed that Jared Leto will be involved in the additional photography, currently in progress, for Zack Snyder’s Justice League. The news breaks just days after a tweet from David Ayer, the director of Suicide Squad, said he watched his unaltered cut of the film. The important thing here, however, is that this signals so much more than redemption for the character panned by many. I think there’s a specific reason as to why Jared Leto’s Joker is in The Snyder Cut. I will warn you that this is going to get messy, so buckle up.

So in the God-forsaken theatrical cut of Justice League there is one after-credits scene. In it, Lex Luthor escapes prison and we see Deathstroke on a speed boat arrive at a yacht to meet with him. Joe Manganiello recently revealed that this was edited down from the original scene due to Ben Affleck’s Batman film being canceled. There were reports that the extended version of the scene involved a more elaborate breakout from prison but not much else. There must have been something more to this scene that we don’t know.

Now, back in 2016, the music video for Purple Lamborghini with Rick Ross and Skrillex dropped. If you skip to 3:31 in the video, Joker, Skrillex, and Rick Ross ride a speed boat toward a dock. Once there, they exist in front of an army. Think about that for a moment. They brought Jared’s Joker back and the commitment to this cameo was crazy. He died his hair back to blonde just so he could go green again for a 4-minute song. I mean they flew this man down to Miami for what? No other member of the movie came back for any other music videos for songs featured in Suicide Squad.

Lex’s final words in the after-credits scene were “to put it plainly, shouldn’t we have a League of our own?” This is why Jared Leto’s Joker is in The Snyder Cut, he is there to form the Legion of Doom. The cut of Zack Snyder’s Justice League would’ve been 214 minutes, which is roughly 3 and a half hours. This means he is adding at least half an hour of purely brand new material. If they form the Justice League and their antithesis, we could see a clash of heroes and villains in the future. People assume this is the end of the old DCEU but it is slowly becoming a new beginning on HBOMax.

As I wrote this article it is now being rumored that Margot Robbie is also in talks to also join Zack Snyder’s Justice League and reprise her role as Harley Quinn. This could give us ours through-line between the Snyder Cut and David Ayer’s cut of Suicide Squad. Maybe we get to see Joker and Harley’s falling out. All I know is I’m so excited to see how this all comes together. 2021 can’t come soon enough.