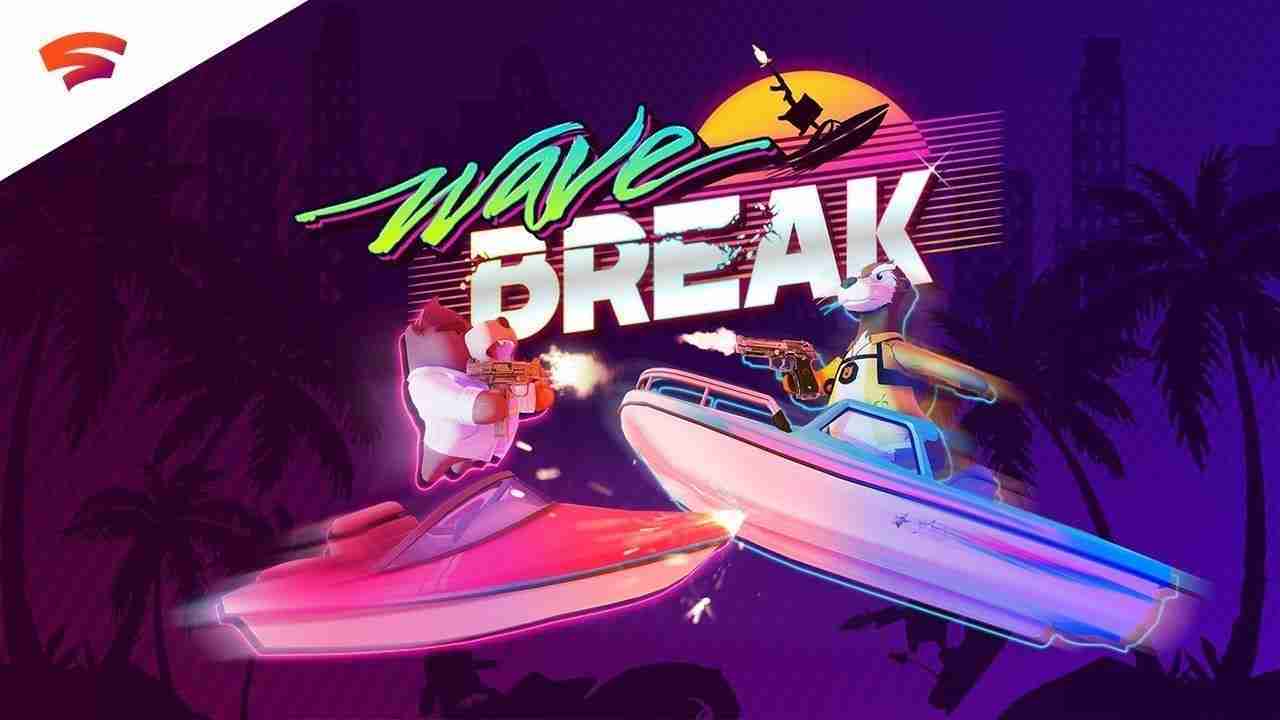 Funktronic Labs has launched its anticipated skateBOATING game, Wave Break. It will release first on Stadia. Wave Break has been ground up for online multiplayer. This game takes place in an 80s Miami Vice-style mafia-esque world, where you can perform sweet tricks on boats and shoot down your opponents.  Wave Break is rated M for Mature by the ESRB, and retails for $29.99 in the Stadia store.