Watch Demon Slayer Before You Play The Game 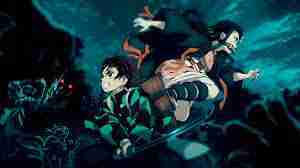 Demon Slayer is soon getting its very own game and it looks great. However, I feel like before anyone plays the game they should watch the anime. Mainly because of problems with games based on anime. In this article, I plan to explain why I feel this way so stick around and read….please. This is Watch Demon Slayer Before You Play The Game.

Cutting out certain characters and subplots

A common thing that I see in anime games is that they take out characters with smaller roles. This might not seem like too big of a deal until you realize that these minor characters help drive the plot. In some cases, characters subplots will be overlooked. An example of this is Koby in One Piece Pirate Warriors 3.

In Pirate Warriors 3 the game just outright writes Koby out of the story. While that doesn’t seem big because Koby is a minor character it creates problems within the story. Such as the introduction of Alvida, without Koby, her intro doesn’t feel as natural as it could be. Plus let’s be honest sometimes minor characters are awesome.

Another thing I’ve seen in many anime games is that they will only tell you what’s going on in the story without showing you. By doing this the story becomes much less impactful. Imagine instead of watching a scene of a character dying, seeing the emotional impact that it has on the characters there is just a wall of text telling you it’s happening. Within visual media, this is very bad it takes you out of the story and the emotion of the moment. An example of this is the My Hero Academia games.

While the My Hero Academia games do tell the story of the anime it is mostly with just still frames with texts at the bottom of the screen. In truth, because of this, it takes the player out of the story. Why tell me what’s happening when I can see it happen? I’d rather see all of the awesome moments from the anime in the game not read it.

Right to the fight

This is something that happens in these kinds of games where they will gloss over the story to get straight into the action. This really lessens the plot overall because it messes with the pacing making it move too fast. Because of this, you the player will just not care as much as you should. An example of this is the Dragon Ball Z Budokai games.

In the Budokai games, they just whiplash you into the story, quickly going over the plot to get you to the fighting. While the fighting is the meat and bones of this type of game the loss of story just doesn’t sit well with me. I’d rather they flesh out the story and characters in the game than just getting into the action.

In truth, I am excited about the game. I really enjoy the story and characters in Demon Slayer and to not watch the anime with its amazing visuals is just a disservice to yourself. To watch the Demon Slayer anime go to Crunchyroll or Funimation and for the manga go to Viz Media. For more of my work, you can find me at Lv1 gaming under Caleb J. This has been Watch Demon Slayer Before You Play The Game thank you for reading and I hope you enjoyed it.