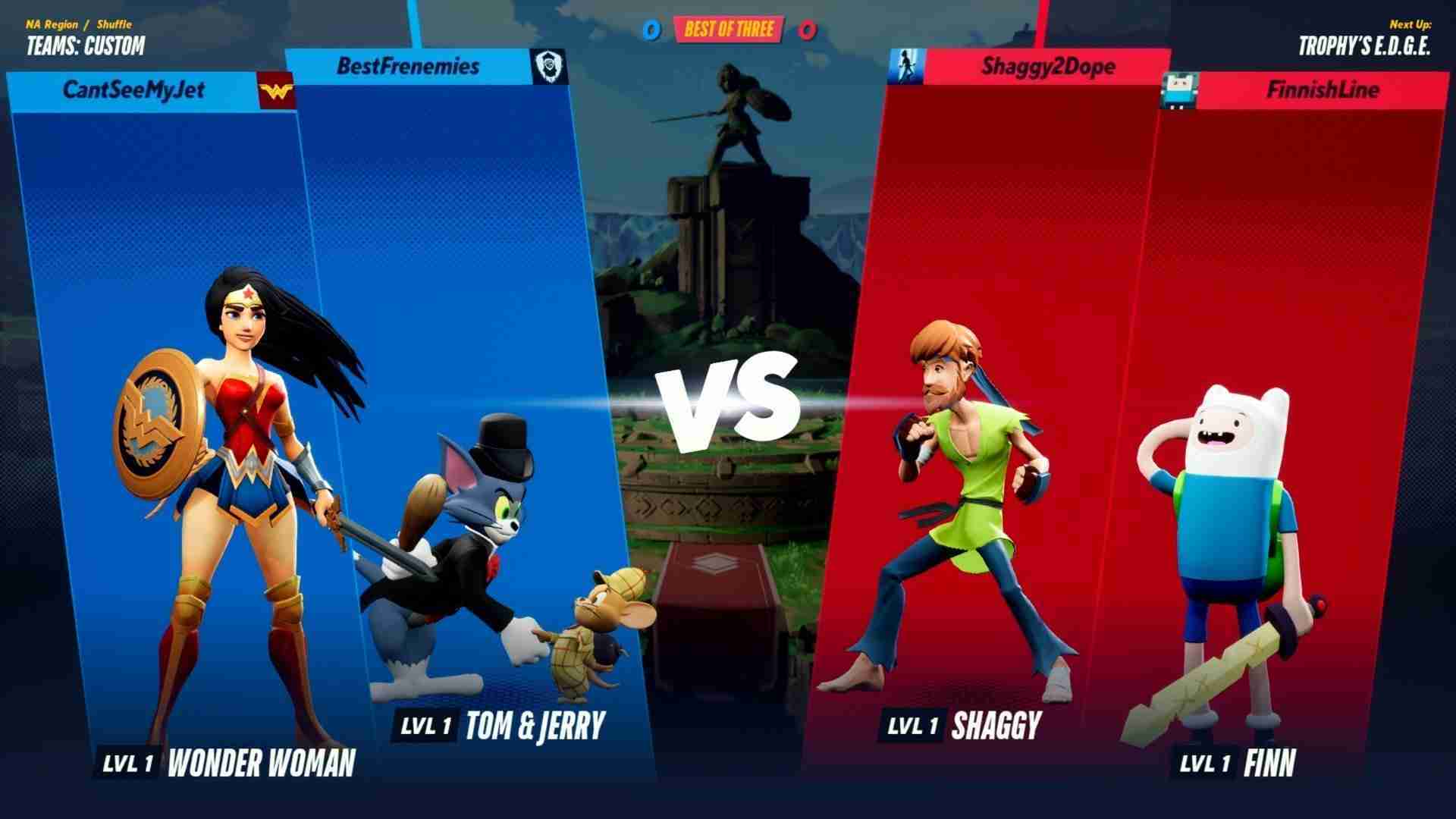 MultiVersus is an all-new free-to-play platform fighter videogame from Warner Bros. Games that features a team-based 2 vs. 2 gameplay and an ever-growing cast of famous characters and legendary universes. MultiVersus, developed by Player First Games, will be released worldwide in 2022 on PlayStation5 and PlayStation4 consoles, Xbox Series X|S, Xbox One consoles, and PC. It will feature complete cross-play, dedicated server-based rollback netcode, and content-filled seasons.

Batman, Superman, Wonder Woman, and Harley Quinn (DC Super Heroes & DC Super-Villains); Shaggy (Scooby-Doo); Bugs Bunny (Looney Tunes); Arya Stark (Game of Thrones); Tom and Jerry (Tom and Jerry); Jake the Dog and Finn the Human (Adventure Time); Steven Universe and Garnet (Steven Universe); an extraordinary original creature named Reindog; and a variety of other heroes and personalities will all be available to get into the action.

“With MultiVersus we are creating a distinct competitive game that allows us to combine a deep roster of celebrated WarnerMedia franchises for gamers to enjoy. We are partnering with the talented team at Player First Games to bring together a free-to-play, online platform fighter with a wealth of iconic characters that fans know and love, from Wonder Woman and Bugs Bunny to Shaggy and Arya from Game of Thrones. And this is just the beginning, as we are excited to support upcoming seasons and ongoing game content.”