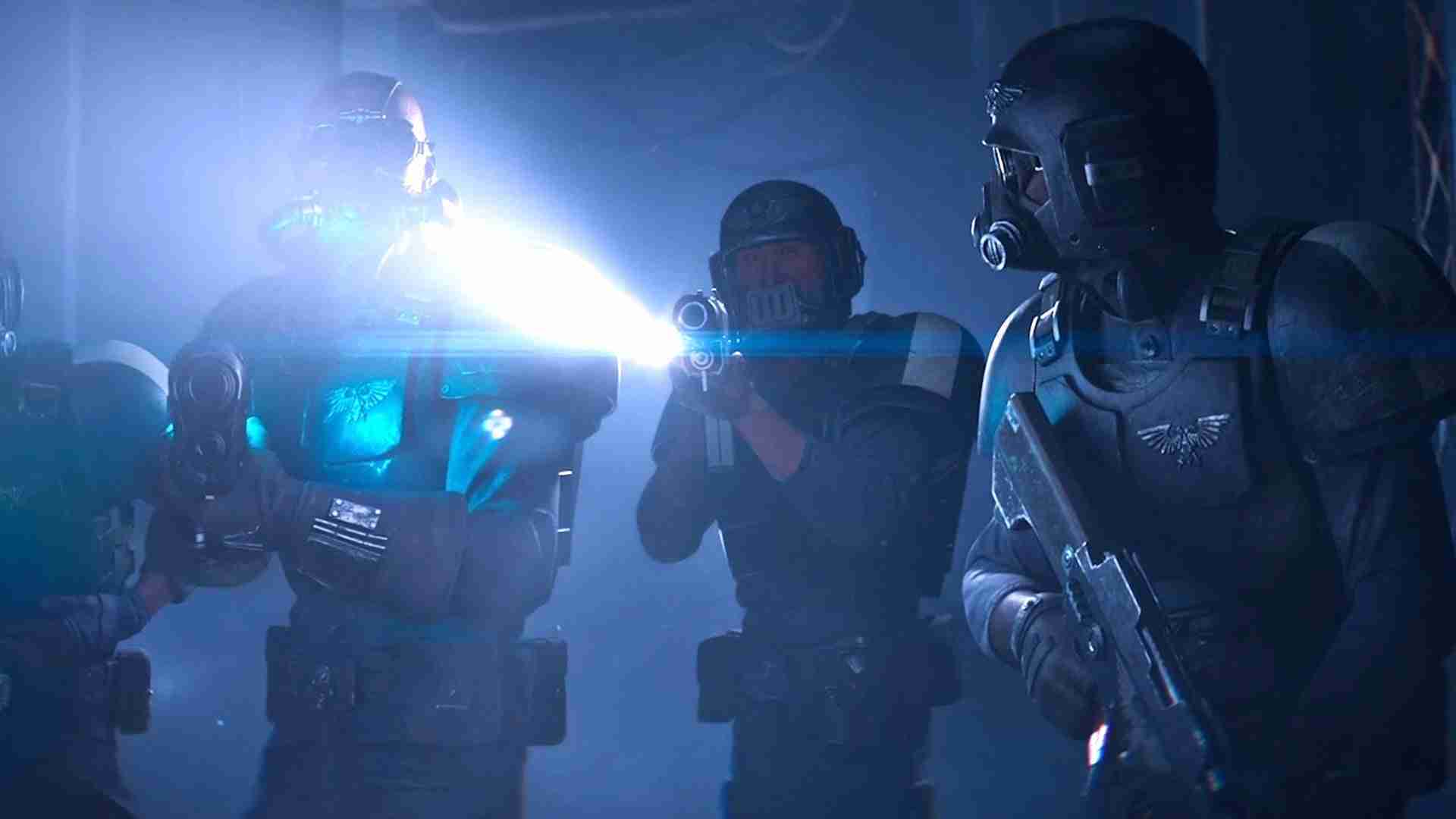 Another day dawns and we have news of yet another delayed-release. This time it’s the turn of Warhammer 40,000 Darktide. This though is delayed to spring 2022. How much of a delay we don’t know as it was only scheduled for Xbox Series X/S as well as PC sometime this year.

Darktide is the upcoming co-op shooter/action game from Fatshark. And the genre or subject matter isn’t alien to them as they also developed another Warhammer series in Warhammer Vermintide.

We have had a few games from the 40K series, but Darktide takes a slightly different view. To explain more the 40k branch is seen more like the fantasy of Warhammer but in space with marines. Not a far throw from a fantasy feel for Space Crusade. Which since that and Warhammer 40,000 are from The Games Workshop makes it no surprise.

So why is this different?

You aren’t taking up the mantle as a Space Marine dealing with aliens on some far-flung planet this time. This time you play as an Ogryn and some other classes Fatshark have yet to fully divulge information on. But picture a space marine but bigger stronger but not as smart or fast you’ll get an idea of an Ogryn. You are helping the investigation of a mysterious cult that has begun to spread over a massive city. Before the delay was announced, last month they announced the game is being written in cooperation with Dan Abnett. He is the author of many Warhammer Fantasy and Warhammer 40,000 novels. He also can add work with Marvel and DC so an author of pedigree.

It seems to be down to the pandemic according to the official announcement that was Tweeted.

Today, we made the difficult decision to move our release date of Warhammer 40,000 Darktide to the Spring of 2022.

We have a responsibility to deliver the best game we possibly can, and frankly we need more time to accomplish this goal. It’s no secret that building a game during a pandemic is a challenge and we are not immune to this.

We are planning to use the extra time to both focus on the level of quality on release, as well as invest in more systems to support Darktide for years to come.

We couldn’t be more excited about Darktide. In fact, the toughest part in this decision is the fact that we won’t be able to put the game in your hands sooner. But I hope that you will join us in Huve Tertium early next year!

Another game pushed back due to Covid 19 pandemic

So it seems the pandemic has affected this launch as well. It’s not the first as we had the delay of Resident Evil Re:Verse to 2022. And just recently Tango delayed the release of Ghostwire Tokyo to early 2022. And we saw several titles delayed last year as Covid 19 changed the way we live and work on a global scale.

No Xbox User Gets Left Behind With Xbox Insiders Feature