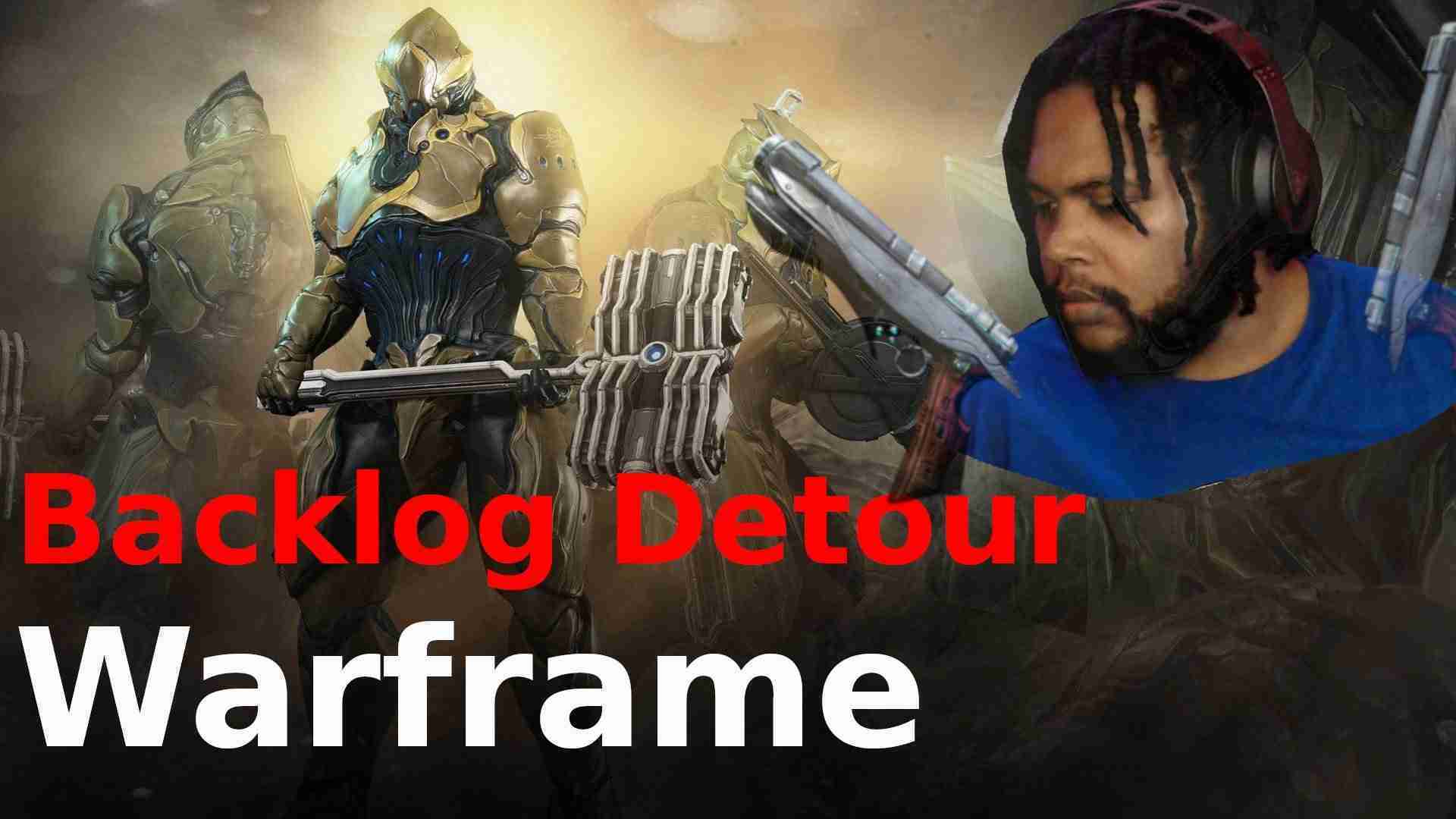 Backlog update time and how Warframe keeps calling me. So once again I’m here with a mountain of unfinished video games and limited time to finish them. On top of all of that, I made the mistake of booting up Warframe. Firstly, yes, the free-to-play, over-the-shoulder, and looter shooter from 2013 Warframe. Secondly, This game has had some major updates over the years and I end up playing it during console transitions.

It’s that weird phase in gaming for me. Where the new generation is now the current generation and the generation I actually have access to is the old one. During the last console generational shift, this magical game ninja dashed into my life. I felt like there was not much new to play on console (like I do now). None of the launch titles out are pushing me to pay scalper prices for the now current-gen consoles. No hate for the launch lineups, but I have a mid-range PC, a PlayStation 4 (that does not sound like a jet engine), and an Xbox One S. There are only a few PS5 games out I can’t play but there is no sense of urgency to buy the next-gen consoles.

Warframe Is Saving Me Money?

So, back to Warframe, an almost perfect free-to-play game. Almost everything in the game can be earned through praying to RNGesus (The entity that governs your luck in the videogame world….at least in my head). As well as simply playing the game and farming for loot. It has a wide variety of weapons, gear, characters/tenno, and even pets that fight. This is a very broad statement there are 3 open-world areas full of missions, collectibles, weapons to craft, and more. The combat seems easy and simple at first but, then becomes something that requires a little strategic skill.

Rewards For Your Time

One of the biggest positives of this game is the way you are rewarded for your time. Daily log-in bonuses, plenty of ways to earn rewards daily, events always running, and loot dropping is plenty. Items found and levels gained on a failed mission are still yours (so far from my experience). I never feel like I’m wasting time, whether it’s farming resources to craft a component for a weapon, or I’m fishing in an open area. Your time is constantly rewarded it’s almost as if the developers are thankful you’re playing their game.

Great But Not Perfect

There are a few negatives about this game. Firstly, there is no crossplay, and it’s probably not coming anytime soon. The game uses time as a way to push the need for platinum which is the item that costs real-world currency. Also, more than cosmetic items can be bought with platinum. With this resource, frames, resources, and items can be purchased. So pay to advance is present.

Welp, my backlog journey has taken a detour into “games as a service land” for a brief pitstop. I have also been sprinkling in some Mount & Blade Bannerlord into the ol’ gaming rotation. I’ll give more details about that in my next backlog update. Seriously though, if you are looking for a game to dump a few hours a week into and feel as if serious progress is made play Warframe. You can find me randomly fighting the infected throughout the galaxy.

Animal Crossing New Horizons is the Perfect Game for 2020