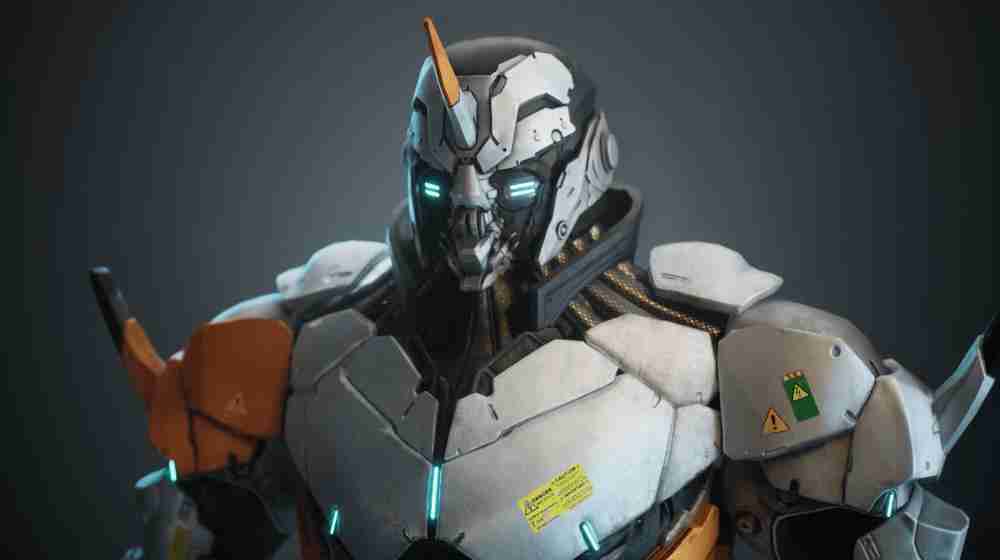 We seem to have a few mech games out or due in 2022. Games such as Exomecha or Phantom Galaxies or the recent MechWarrior. Now it seems a brand new studio is taking the mantle on with Vengeance is Mine.

This is one of a few titles by the newly formed studio 110 Industries. They made a few of these announcements at the Tokyo Game Show last week. This includes the reveal of Wanted: Dead which is a Bayonetta and Devil May Cry game set in a Sci-Fi-Esque Hong Kong. In addition, in 2024 they will release a Sci-Fi racer called Red Goes Faster along with the Mech game Vengeance is Mine.

What We Know About The Studio

They are a new studio as we know. Their Twitter account opened in November 2017 and has, as we know a few games on the way. The studio was founded by Sergei Kolobashkin and they also hold the role of a Creative Director. They were later joined by a more notable person in Stefanie Joosten. She joins as Creative Director in Vengeance is Mine as well as playing the lead role and some supporting roles. For those who recognize the name, she played the role of Quiet on Metal Gear Solid 5.

What We Know About This Mech Game

Very little indeed is known. We have the revel trailer presented by Stefanie Joosten found below.

We also have the official press release.

Vengeance Is Mine’s, brutal melee mech combat is augmented with a time-manipulation mechanic that adds a fascinating twist to encounters. Thanks to the capabilities of the HYDRA mech suit, the player will have the ability to speed up time and blink towards unsuspecting enemies, or rewind time to readjust combos or evade death. HYDRA also comes packing an energy-based projectile weapon that allows you to take on foes at distance.

Players will step into the shoes of Gabriel Jaeger, brutally executed by three time travelers heading back to 1664 to obtain an old piece of technology that will allow them to operate the Deacon – a derelict military installation buried under the streets of New Amsterdam. Charles Jaeger, now in full control of the Deacon, rallies his flock to meet their spiritual leader Robert Wright beyond the horizon of space and time. His only problem is Gabriel. Barely making it out alive, Gabriel is in control of the prototype HYDRA mech suit and ready to wreak his revenge.

110 Industries has stated the game is coming to PlayStation 5, Xbox Series X/S, and PC. It may appear on Switch as a cloud-based release. The release window is 2023 so it is still some way off.

As always we would love to hear your thoughts on this. Would this interest you or will you be bypassing this?