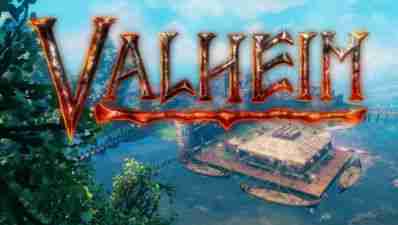 Assassins Creed Valhalla has yet to receive its 1st DLC, and we know this will be in Ireland and France. Now we can see that the Viking lore is seemingly setting a trend into other genres.

Valheim launched on the 2nd February and if you look at Steam charts we see it has received some popularity. For those unsure on what the game is about, you are likely not alone. It’s a co-op survival crafting game currently out on PC on Steam.

The official website will provide some more information as well as video on the game. Under a week old, we can find it sitting with 95% positive reviews in the top 10 in the charts.

Valheim was developed by Iron Gate AB with the premise that you play as a dead vikings proving to Odin their worth in the underworld. Players achieve this by battling mythical monsters in the afterlife. Adding co-op, crafting open world survival, it looks like one of the more standout titles in that top 10. It also jumped ahead of some pretty hefty names as well when entering that top 10.

Originally GTA V was displaced along with Ubisofts Rainbow Six:Siege though the player counts have them just higher in the list now. It also surpassed Path of Exile, ARK: Survival Evolved, Civilization 6 as well as Path of Exile and Rocket League.

A solid debut from this viking themed entry and games of its genre in Rust and PubG are ahead, though Rust is probably more likely to be caught.

We can see gameplay depth with some of the claimed aspects to Valheim. Players will have ability to sail in viking longships or build mead halls and castles. Also every world is procedurally generated so it adds variety to the game.