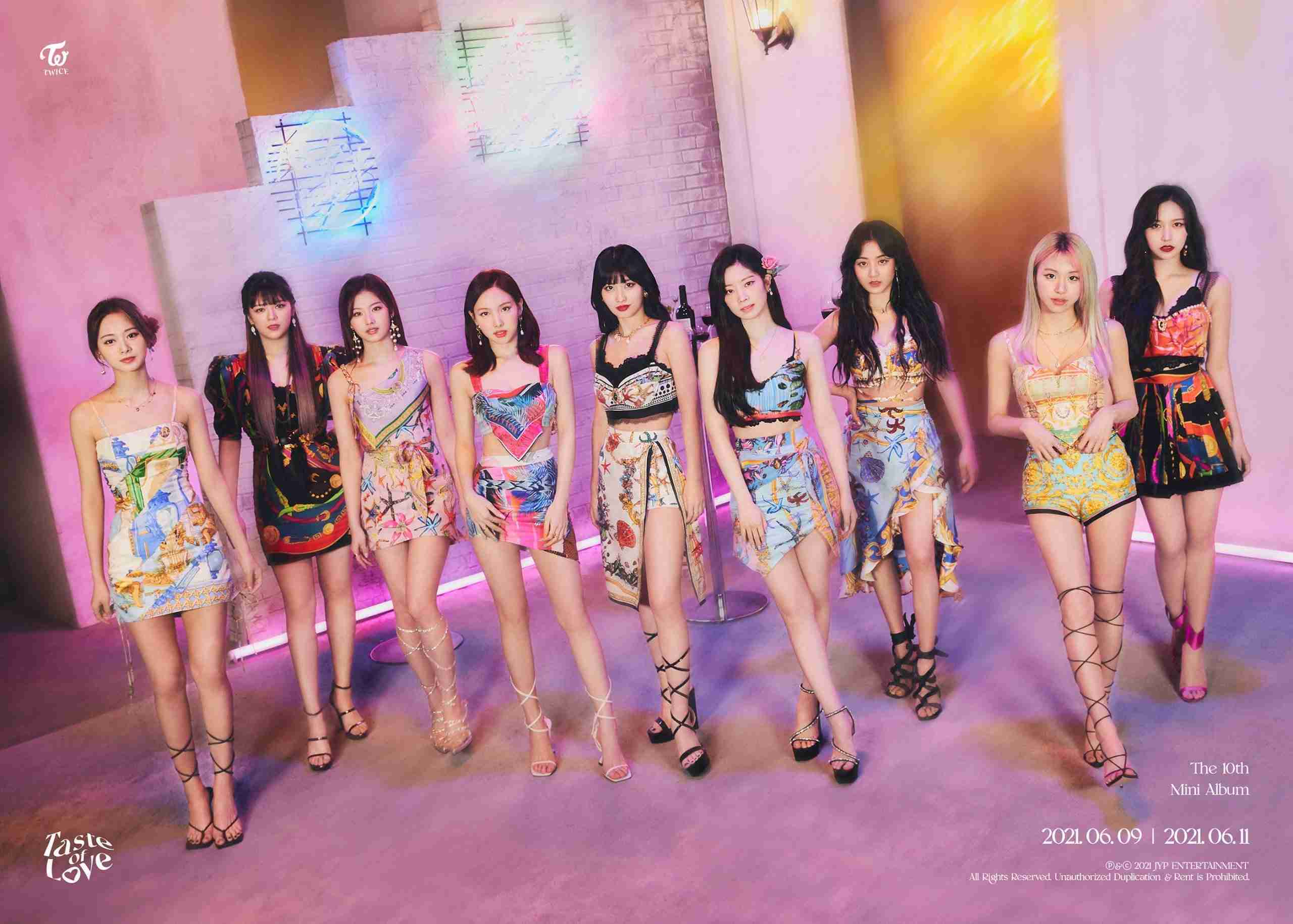 K-Pop group Twice have dropped the music video for their latest album two days early. The track Alcohol-Free is the title track on the group’s tenth mini-album titled “Taste of Love”. This is their first release since late October last year when they released their second full-length album.

Since its release, the video accrued over 14 million views, with many fans praising them for being more experimental with their music style. Fans are hopeful that the additional tracks on the album will be more experimental as well. This could be great for Twice, creating their own style with a loyal fanbase behind them to support them. Two teasers for the album have been posted online prior to the release of the song. Many fans were excited just from those short teasers, as seen in the comment sections for the videos.

The song has been described by fans as ‘tropical’ which is not something they have explored before. The video is set in a beach resort, which is perfect for the summer months. The whole concept is very original, but it is good to see a change from a lot of mainstream styles.

The group appeared on The Ellen Show, with this performance being their first live performance of this song. Fans are also excited to see the girls performing as a complete group again. For their last album, member Jeongyeon didn’t take part in promotional performances due to problems with anxiety.

The track was added to multiple streaming services, such as Spotify and Apple Music ahead of the full release. The other five tracks will drop on June 11th.

Have you watched the video yet? What did you think? Let us know in the comments below!