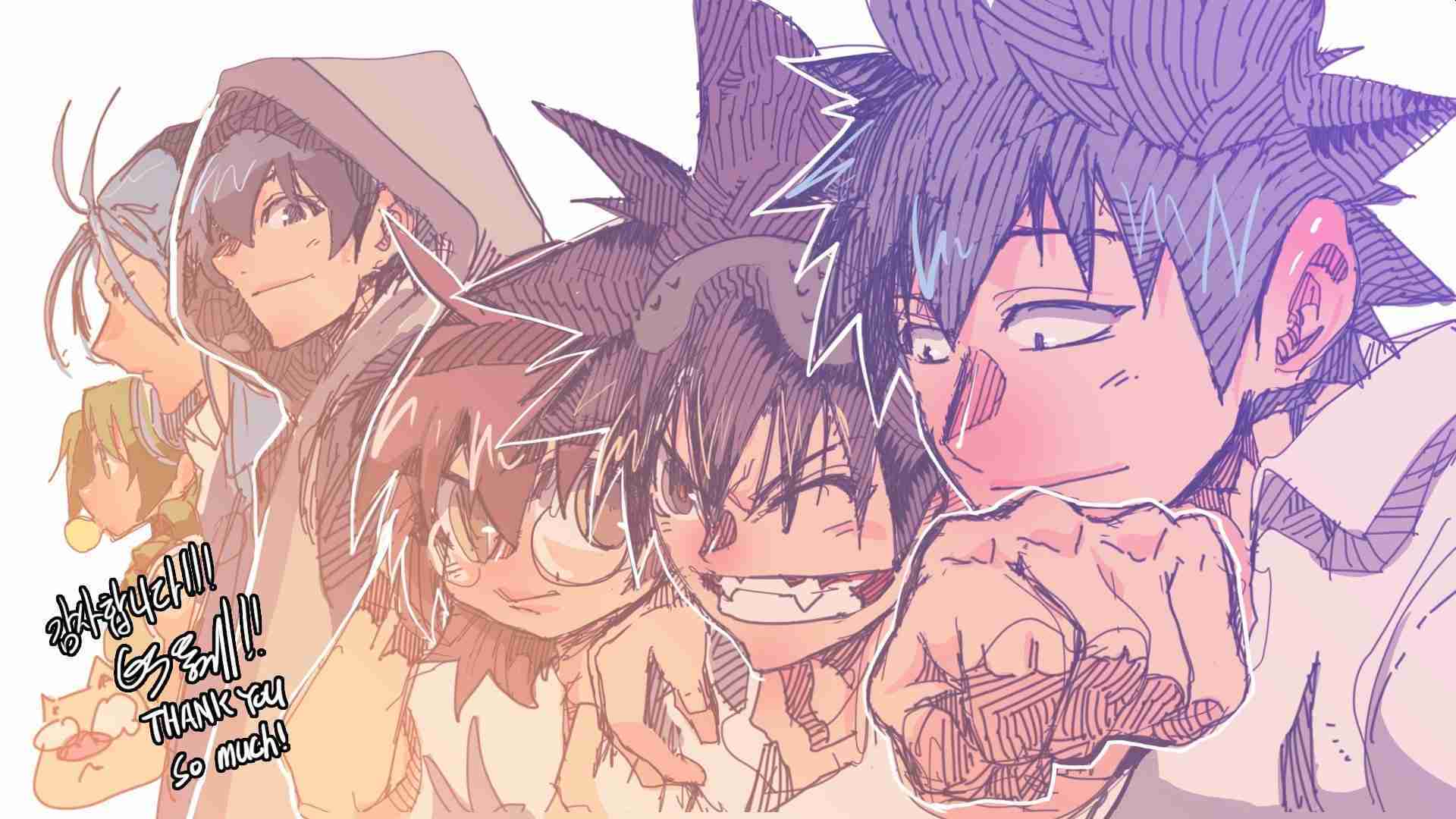 Anime, Movies & TV October 9, 2020 0Comments Kevin G
The action-packed God of Highschool came to its season one conclusion last week on Crunchyroll. While general sentiments around the anime are mixed, due to its messy plot execution of the last few episodes, one of the overwhelming positives has been the quality of fight sequences. The fighting scenes in God of Highschool are not only adrenaline-filled but having stunning animation sequences to match.
I’ve found myself still thinking about some of the fights and art styles incorporated in God of Highschool over the last week. I thought it would be fun going down memory lane at some of my personal favorite fights from season one.
5. Jin Mori vs. Kang Manseok

This is the fight that sets the stage for God of Highschool. Manseok is established as an erratic and very violent fighter. Using his altered Taekwondo style fighting to torture his then opponent, Go Gamdo, Manseok is the first established villain. The torture of Go clearly does not sit right with Mori, who interrupts the originally scheduled match to stop Manseok. That’s where the clip picks up.

I love this fight because it does a few things in the span of three minutes. It establishes the baseline of morality for Mori as the protagonist. The scene also shows a power dynamic of the God of Highschool Judges. They are not just people in suits, but an organized force with power behind them. Lastly, the fight does a great job of showing off the base power level of Mori, showcasing why he is a cut above the rest. That smooth animation of him kicking Manseok with the following shockwave from the kick. That’s good stuff.

After the first couple of episodes, our core protagonists are met with loss and distrust. We see the forming of friendships between Mori, Daewi, and Mira, but that friendship hasn’t been solidified yet. At least not with Daewi, especially after the loss of his friend. Having originally entered the God of Highschool tournament to save his dying friend, Seung-Tae Woo, that ultimately does not happen. As a result, Daewi is trying to push his new friends away from him. However, the fight with Jin Mori reestablishes some of the lessons Daewi learned from his late friend, Seung-Tae, about the power of connections and friendship.
The connection made serves important for the flow of this fight. There’s the usage of watercolors and ink brush strokes to not only show the fluidity of combat in a unique way but to show the flow of the relationship between Daewi and Mori. The fight is impactful to me because it shows a different side to combat. It isn’t always about a winner or loser. While that is a consequence of this fight, the bigger point is to establish Daewi and Mori as equals, with the added bonus of Daewi realizing that he is worthy of friendship.
An added bonus is after the fight we see Mira come in and join in the fight aftermath, completing the friendship trio. We also get a foreshadowing for Jin Mori when Mira refers to him as a “wild monkey”. But more on that later.
3.  Mira Yoo vs. Lee Marin
The fight against the slippery and oiled Marin is one of awakening for Mira. Having given up her family sword in episode 4 without knowing its hidden properties, Mira is faced with having to take responsibility for that decision.
Squishy sound effects aside, what I loved about this fight was the introspective look Mira had to take. By this point in the season, we had watched her struggle with her strength. Was she strong enough or did she have the talent to get stronger? Questions she needed to make when coming face to face with Marin and her revealed sword.  Mira resolved and took control of her destiny in this fight, in addition to getting access to her Charyeok, Lu Bu Fengxian.
2. Jin Mori vs. Park Ilpyo
This fight was a long one, spanning over two episodes. However, I wanted to highlight this portion of the fight. Mori and Ilpyo have been fighting for a while at this point. At the same time, a supernatural war is staring outside in the middle of downtown Seoul.
This is the part of the fight where Mori takes stock of his weaknesses pointed out by Ilpyo and starts to correct them. By taking elements of his teammate’s skills and merging them with his own, Mori starts to change the tide of the battle in his favor, as seen in the clip. However, that’s not why I love this scene and have watched it upwards of 100 times (you’re welcome, Crunchyroll).
What makes this fight sequence one of the pinnacles of the season is the matched escalation of the fight progressing in the ring, along with the fight raging on outside. And we get this matched cadence of desperation and overcoming an obstacle from the intense and well-executed drumming from the band of monks behind member of The Six, Seo Hallyang. Hallyang is aiding in stopping the summoning of god in the middle of Seoul, a summoning that up until this point has proved difficult to stop. The parallel of Jin Mori’s fight and the stopping of the summoning of god is wonderfully tied together because of the steady increase to the monk’s percussions from the beginning to the climax of the warrior chant. The icing on the cake is the stellar animation of the monk’s passion-filled drumming. (Writer’s note: I nearly cried the first time I saw this sequence. It’s one of my highlights of the year.)
1. Jin Mori (The Monkey King)

This fight is a tricky one, as it is ultimately undercut by the plot ramping without proper explanation. But from a pure action standpoint, Mori becoming a monkey god in the flesh (see Mira foreshadow from earlier) and battling it out with god-Jegal is absolutely the pinnacle fight of season one. From the awakening to summoning lightning out of nowhere, this fight has it all. Speed, momentum, flashy animation, and a satisfying usage of Nyoibo (think Goku’s power pole for Dragonball fans), this is easily the best action fight in the anime currently.
I really like this fight because it is much simpler compared to all the others. Nearly every other fight holds a heavier weight. And while this fight has it’s own possible ramifications, like the Seoul possibly being nuked by the United States and allied nations, it is also a clear fight. Jegal is bad and he needs to go down. No contemplation of friendship, no background story tying people together. It’s just a good brawl of good vs evil, and with the story kinda going awry in the end, I think a simple brawl is just what we needed.
So those are some of my favorite fights from season one of God of Highschool. Personally, I am looking forward to more seasons. As always, I want to hear from you. Did you enjoy God of Highschool? What were some of your favorite fights? Let me know on twitter @Darktagger.
What’s your Reaction?
+1
0
+1
0
+1
0
+1
0
+1
0
+1
1
+1
0
Facebook Twitter Email
👁️ 1,677