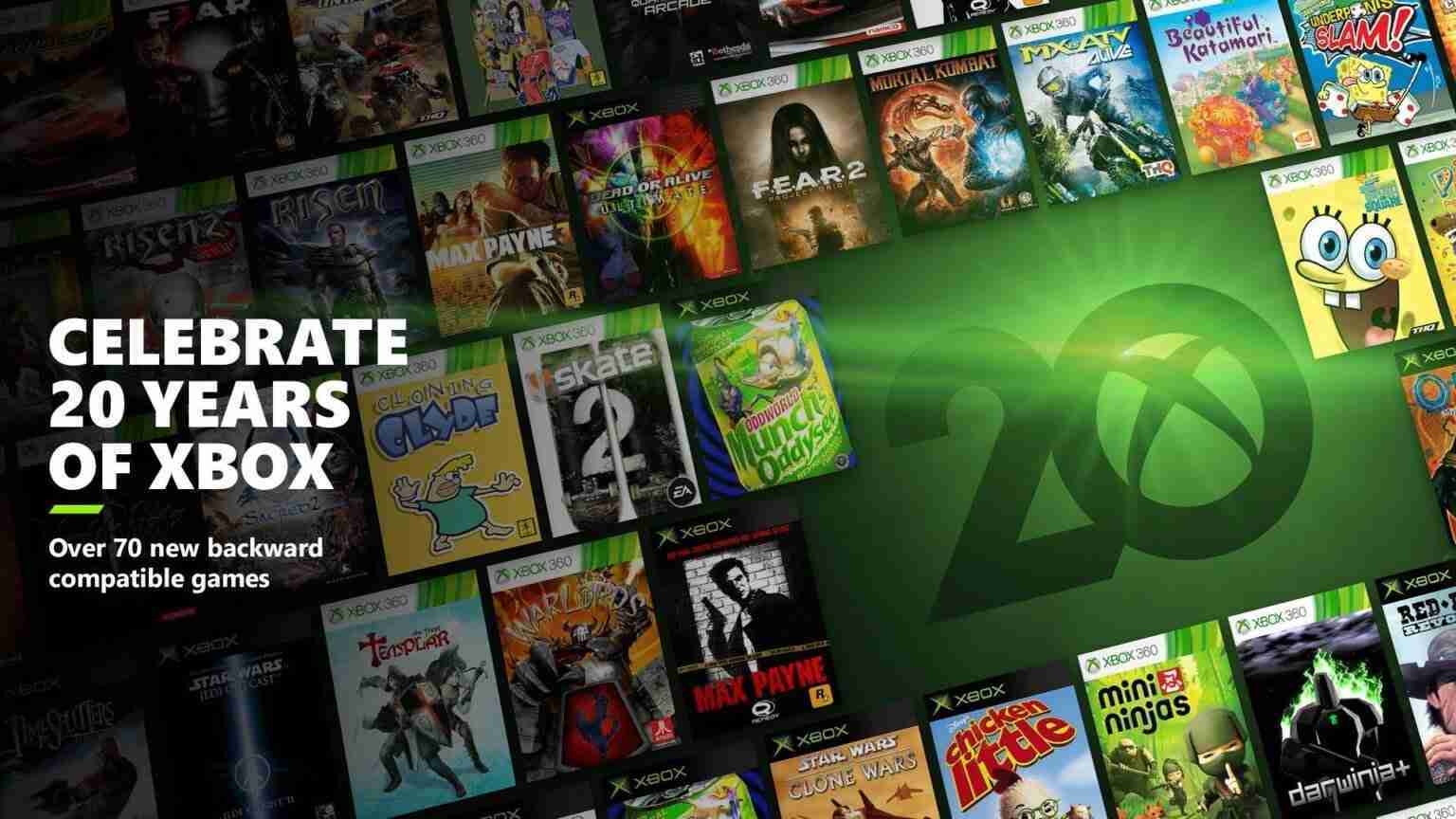 On November 15th Xbox celebrated its 20th anniversary and it was a trip. The trip down memory lane in the best way looking back on Xbox’s history. But one of the announcements that was rumored that made everyone excited was the supposed return of the Xbox Backwards Compatability. And while there was quite the drop made of new BC titles, this was to be the final one. As the Xbox backward compatibility program is now officially over.

When did it start?

The Xbox backward compatibility program launched in 2015 after being announced by Phil Spencer at E3 that year. And it was a requested feature of the Xbox One to be able to play 360 games on it. This was not included at launch unlike the 360 which was backward compatible with some games from the OG Xbox.

This was such a huge thing that fans were excited and cheered for the announcement with much anticipation for the games to come. And from what Phil Spencer and others have said the project was hard. As they truly had to create an emulation-style program within the OS of the Xbox One which was much different than the 360. And over the course of 4 years, that program was a massive success. It had brought many classic and loved games to the current-gen consoles of the time. And with many of them also getting boosts thanks to the hardware!

Now the BC program had an amazing run thanks to its former Head Bill Stillwell. While the program was running not only did they manage to bring many titles from the 360 and OG Xbox eras. And running from its inception in 2015 all the way to its end in 2019. With consistent monthly drops, a lot of fans had high hopes for the program.

After the Launch of the Next-gen consoles with both the Xbox Series X/S, there was not much info about the BC program or when it would return. And for almost a year it seemed that there wouldn’t be any updates till the surprise announcement at the Xbox 20 Event.

With Peggy Lo delivering the announcement of over 70 new titles entering the BC catalog. And many were excited to see the likes of the Max Payne series, the Original Nier Gestalt, F.E.A.R., And Jedi Knight Academy 2. And these were some truly cult classic games to join the BC catalog.

The true end of BC:

But the news wasn’t all great as shortly after the showcase came disheartening news. Confirmation that this was going to be the final drop ever for the program. In an interview with Axios, Phil Spencer has called on the industry to support the preservation of games.

Stating that one of the easiest is by doing what Xbox did for their own console being emulation. Now while emulation is largely used by many to play older games that may be hard to come by; as well as using non-legal programs and using unowned ROM files. It is the only way to save and play those older games.

The BC program had made deals with those copyright holders to ensure that they are doing everything legally. And ensuring there is no copyright infringement. However, it seems that the cost for licenses for some titles and right holders is making this much harder.

And due to this many games will not be able to be played on current-gen hardware. And unless you have a 360 still and those old games, you may not be able to play them. This also runs in line with some games having received updated remasters on new platforms but skipping Xbox entirely. Specifically when it comes to Japanese titles like Resonance of Fate, Infinite Undiscovery, or even the horror puzzle dating game, Catherine. I listed these in an article about Japan’s history and support with Xbox.

Well for right now fans can enjoy the games that are currently backward compatible. However, Xbox fans will sadly have to live that the Somber note that the Xbox backward compatibility program is no more. And unless there is a major shift in the industry to support a legal form of software emulation; there is essentially nothing that can be done anymore.

It is a shame that the last generation, during the 360 era, had some truly classic and great games. These games, will now never be experienced without having to find expensive discs on eBay and other 3rd party selling sites. As well as having to find a working version of that older hardware.

But let us know how you feel about the end of the Xbox backward compatibility program.

Hey, guys hope you enjoy my thoughts and breakdowns in the articles above. You can keep up with all my shenanigans by following me on all my social media: Twitter, Facebook, Instagram, Twitch, & Trovo.