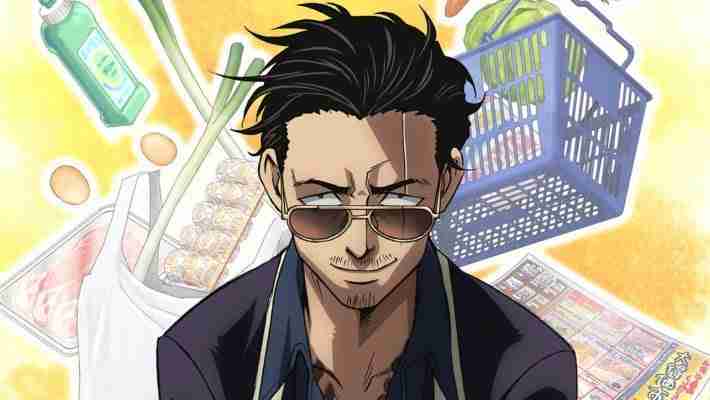 The Dragon is in the House

Tatsu or as many know him, “The Immortal Dragon,” is making his way into the anime sphere. Netflix has announced via Twitter that the hit The Way of the Househusband is getting an anime adaptation. It will be heading exclusively to its streaming service sometime in 2021. Currently there is no concrete date of when it will air, only that it is in 2021. Their official announcement is shown below.

“Japan’s most evil yakuza makes its cutest househusband! Follow Tatsu’s journey from underworld legend to domestic bliss when the anime adaptation of Kousuke Oono’s hit comedy manga The Way of the Househusband premieres in 2021.”

Japan’s most evil yakuza makes its cutest househusband! Follow Tatsu’s journey from underworld legend to domestic bliss when the anime adaptation of Kousuke Oono’s hit comedy manga The Way of the Househusband premieres in 2021. pic.twitter.com/V7tdVIaYVc

The ex-yakuza boss retires in order to support his career-woman wife by taking care of the home. Written by Kousuke Oono, and currently being licensed by Viz Media for an English language release. On the official Viz Media site, the manga is detailed as such:

He was the fiercest member of the yakuza, a man who left countless underworld legends in his wake. They called him “the Immortal Dragon.” But one day he walked away from it all to travel another path—the path of the househusband! The curtain rises on this cozy yakuza comedy!

The Way of the Househusband anime comes as no surprise considering how successful the manga has turned out to be. There was a live-action promotional video made to honor the manga reaching the milestone of 1.2 million copies in print. If you wish to watch it, it’s included below. It follows one of Tatsu’s earlier trials but in live-action form. Thus giving those unfamiliar with the series an idea of the kind of humor The Way of the Househusband carries.

If this is your first time hearing about The Way of the Househusband, treat yourself and check out the manga. Get to know Tatsu and the unique predicament he is in. And who knows, you might just enjoy it to the point of spiritedly anticipating the anime. You can check out a preview of the manga here. The site will also show where you can purchase it if you become interested.

Why Dragon Ball Super Is Mid