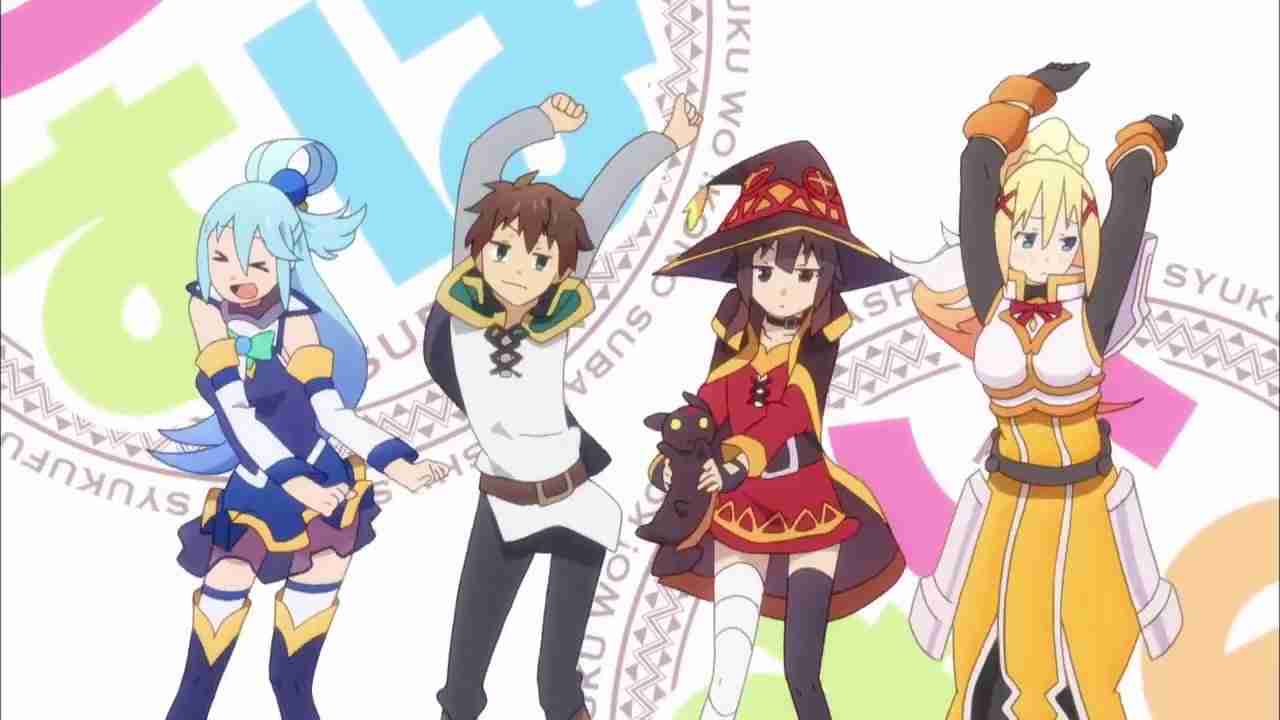 Isekai is possibly one of the most current overused genres of anime nowadays. Some are good, some are bad, some are action-packed and some are funny. However, arguably the best comedy isekai has to go to Konosuba. With its wonderful world and cast of characters, this anime has so much going for it. This is The Greatest Isekai Comedy: Konosuba (spoilers), I hope you enjoy it.

The world of Konosuba is such a beautiful and chaotic place that is so great to watch. It is full of its own history that impacts the characters in many great and funny ways. The world is so full of life and wonder and is also horrifying. Death is around nearly every corner, an example of this is in the second episode.

In this episode, the main character Satou Kazuma and his goddess companion Aqua go on a monster-slaying quest to kill giant frogs. It is mentioned briefly that when a certain time of year comes around that the frogs come out of the ground and around this time livestock and people begin to go missing. Note these are just low-level monsters that are really weak. Truly a beautiful and scary world

This is one of the main selling points of this series, hands down. The characters while not the worst of people are still awful in each of their own humorous ways. Many conflicts of the show are caused by their awfulness. The main cast is a perfect example of all of this. In this part, I’ll just go over the character of Aqua.

Aqua aka the useless goddess, is a very big reason the characters are almost always broke. Her reckless spending and her flooding the outside of an entire city caused massive damage basically putting the party into debt. The only two things that I think she is useful for are her healing and her party tricks. She is still a fun character though.

I love the humor of this series, it is just stupid fun. There are very few moments within the show that I do not laugh, with reoccurring jokes that aren’t overused. This is the second most important selling point of Konosuba, without this factor the series would just be another isekai. A few of my favorite jokes are these.

Megumin who is the party, main magic-user, only uses explosion magic which she can use only once a day, and when she does she is basically dead-weight. With Kazuma every now and then someone will run up to him calling his name and he just responds with “Yes, I’m Kazuma” and I know it’s dumb but I love it. I also love how the main cast just keeps beating the demon lord generals by complete chance. It is these jokes and many others that make this series great.

Parting Words…..season 3….I need it

Man, I really love this show it is so great. And if you just love my work go to Caleb J on lv1 gaming. To watch Konosuba go to Crunchyroll. This was The Greatest Isekai Comedy: Konosuba (spoilers), I hope you enjoyed it and until next time.