The Forgotten City. From Skyrim Mod To A Standalone Release 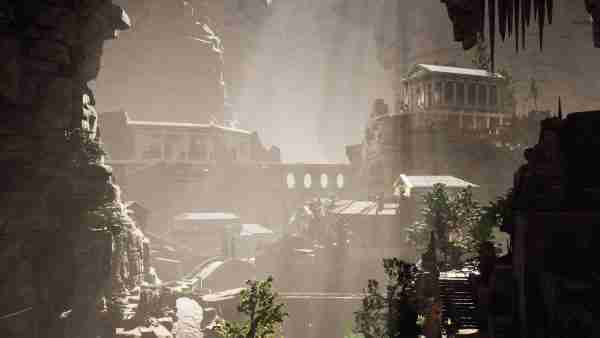 Coming soon is The Forgotten City. But many may be unaware it has an interesting history. It’s coming to PC via Steam, Xbox One, Xbox Series X/S PlayStation 4, and PlayStation 5. A Nintendo Switch release is also scheduled for Q3 2021 according to the official website.

What makes The Forgotten City different to other releases?

It was created in October 2015 and last updated in August 2017 by modder Nick James Pearce. But what makes it stand out is what it is. It started as a Skyrim mod which made history. For instance, it was the first mod to win a Guild award for the script. This is all explained in the summary.

The Forgotten City is the first mod in history to win a national Writers’ Guild award with its script. It is a critically acclaimed expansion mod offering a unique 6 – 8 hour experience.

A murder mystery investigation set in an ancient underground city. You’ll need to solve it using your wits, and the ability to travel through time. It has a dark, non-linear story in which you’ll interrogate suspects, explore the city and its many secrets. and navigate challenging moral dilemmas. It features multiple endings, an original orchestral score, and professionally voiced dialogue.

So where is Nick James Pearce now?

Well, his mod gets its own game, which is due very soon. He says about his current situation in regards to modding.

I’ve moved on from modding to professional game development, but please feel free to connect with me via Facebook, YouTube, and/or Twitter, and visit my webpage for news!

What do we know about this Skyrim mod turned game?

Well, it’s a story-focused game that is a complete reimagining of the Skyrim mod. It was originally due for a winter release. And the man behind the mod has developed his mod to create this standalone release. We saw it originally revealed in the 2020 PC Gaming show. And now the project’s long journey is almost completed.

And the story of the Forgotten City is about?

You play a time traveler trapped in a secret underground city during the reign of the Roman Empire. The website tells us it’s a “mystery adventure game of exploration and deduction”. It hit over 3 million downloads, so therefore seemingly has a popular following.

Travel 2,000 years into the past and relive the final days of a cursed Roman city. where if one person sins, everyone dies.

Combat is an option, but violence will only get you so far. Only by questioning an intertwined community of colourful characters, cleverly exploiting the time loop, and making difficult moral choices can you hope to solve this epic mystery. Here, your decisions matter. The fate of the city is in your hands.

It describes aspects you may experience:

So when is it out and can I preorder it?

And we can, as it is coming in a matter of days, the 28th to be exact. The game is available on Steam and showing on the upcoming games on the Xbox Store as well, priced at £24.99/$29.99. But no sign of it on the PlayStation store as yet but as we’ve seen before it’s not uncommon, for instance, Everybody’s Gone To The Rapture at launch wasn’t showing straight away. So hopefully it just appears on the PlayStation Store at launch.

And if you want to jump on Skyrim and try the mod out, it should be available, for instance, the special edition was supporting mods. Because of the Microsoft purchase of Bethesda, so it’s playable on Xbox One, Series X/S, and cloud via Gamepass.