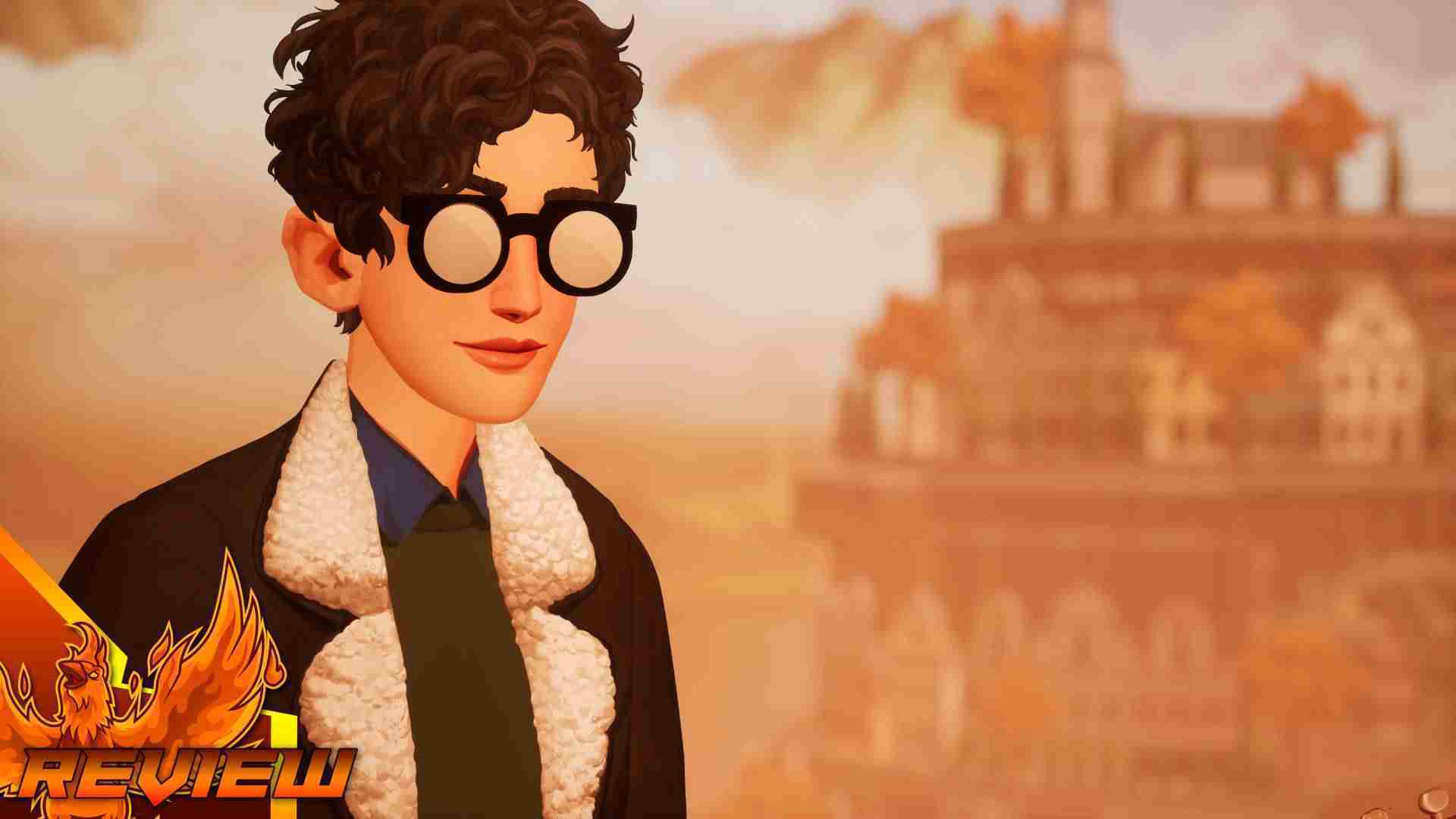 When growing up, we go through the choices of what we want to be. Some want to be athletes, astronauts, doctors, lawyers, or something that brings a lot of money. However, some get stuck in the wayside, trying to figure things out. Like our protagonist from The Artful Escape. Developed by Beethoven & Dinosaur and published by Annapurna Interactive. This coming-of-age journey takes us into the shoes of folk musician Francis Vendetti. A teenager who’s stuck in the shadows of his more popular uncle Johnson Vendetti, who’s also a folk singer with a legendary history before his death. Attempting to break free of following in his uncle’s footsteps. Francis goes on a musical journey to discover himself and the type of artist he truly is across the galaxies.

The Artful Escape is a graphical canvas of colors and pretty visuals. This game is bright, vibrant, and in your face. As I began my journey as Francis, I immediately locked in with how gorgeous the universe was. The Artful escape feels as if your visually playing through a David Bowie album. It’s artistic, creative, tasteful, and stunning. Also, The Artful Escape is Series X/S enhanced thus taking its visuals to another level.

The gameplay for The Artful Escape is simplistic and enjoyable. It’s a fine balance of both platforming and rhythm. As it combines 2D Side-scrolling with a Simon says music system for boss battles. What enhances the platforming, however, Is the music that you can play during your adventures. As you progress during your levels, you have tunes that you can shred on your guitar that add an entirely different feel. When you play your guitar, creatures & other elements within the background begin to react to you and your tunes.

But, As fun & simplistic as the gameplay is. It’s too simplistic for its good. During my playthrough of The Artful Escape, I never had a difficult moment. As the game doesn’t present those moments or have anything that compensates as challenging.

The Audio for The Artful Escape is a masterclass. First from the all-star cast that’s in this game. Michael Johnston as Francis Vendetti, Lena Headley as The Tastemaker, Carl Weathers as Lightman, Mark Strong as Stargordon, and Jason Schwartzmann as Zomm. This cast comes together throughout The Artful Escape with wonderful dialogue and amazing acting. Also, They all play their parts so well that you get connected to each character and you can’t wait to experience another moment with them. I enjoyed every moment and interaction possible.

In the same way, the musical parts are intertwined with the acting. It’s massive & grandiose and completely over the top. But it works completely in its favor. For instance, I mentioned prior how this felt inspired by David Bowie and you get those moments in action and it blends right with the acting and gameplay. The music in The Artful Escape is wonderful. It’s pleasing to the ear and for every instance whether dialogue or in-game. It never fails to please.

When it comes to the story of The Artful Escape, It’s a unique coming-of-age tale that’s far out but still relatable. You had Francis afraid of being stuck in his uncle’s shoes of a folk musician. Throughout this journey of meeting a colorful and interesting cast of characters. There are moments when Francis doubts himself and is afraid to let his voice be heard. But one of the biggest messages of this story for The Artful Escape is discovering who you are. As you play as Francis and continue to help him find his heart in Rock Music. The actual journey is important as well because you find Francis’s confidence and unravel a mystery the game presents to you early on. It’s one you truly can’t forget.

The Artful Escape in my opinion is a breath of fresh air and a completely unique experience. I had a troubling time putting the controller down. Every moment is truly amazing and I didn’t want the ride to stop or for the game to end. Could the game have been longer? Possibly. But it would’ve overstayed its welcome. Titles like The Artful Escape are few and far between. But getting one that delivers on a grand scale like this? I want more. Or at least something within the game’s universe.

The Artful Escape is amazing and I loved every minute. Take the time to experience it for yourself as It’s $20.00 on the Xbox Marketplace and Available for Xbox Gamepass on Xbox & PC. A review code was provided by the publisher and was reviewed on Xbox Series X.

The Forgotten City. From Skyrim Mod To A Standalone Release