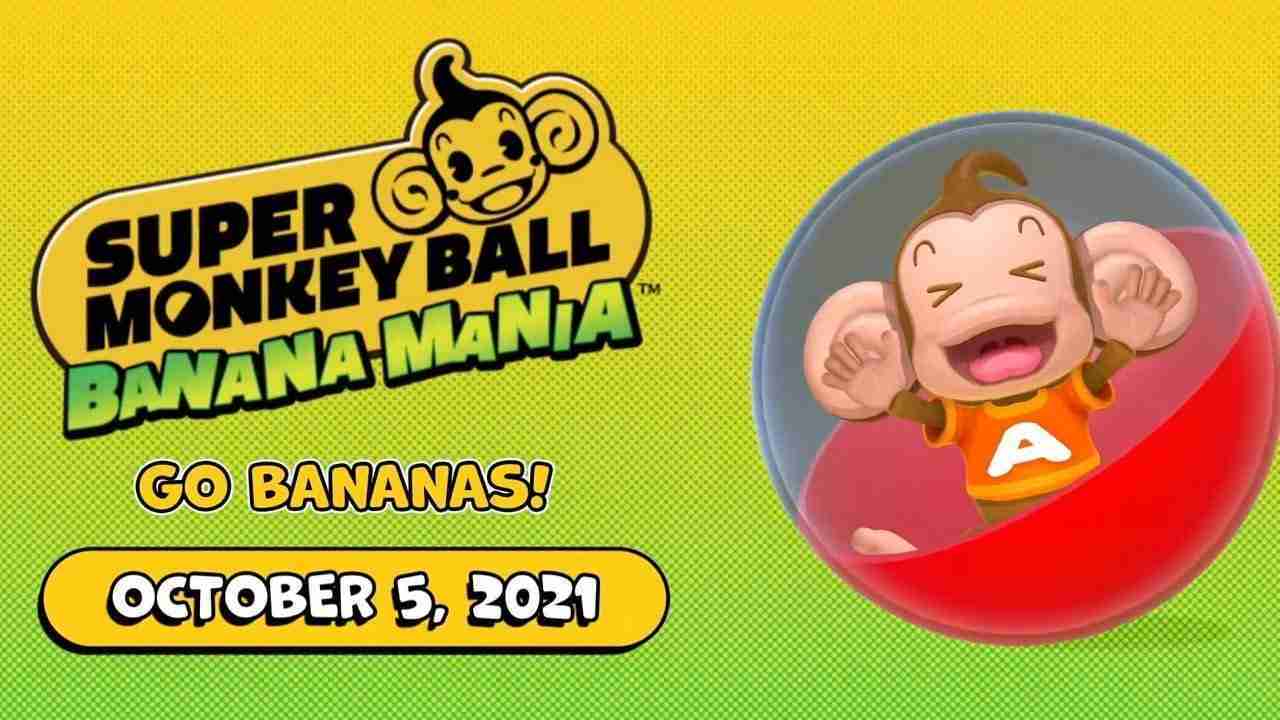 Sega and RGG Studios have released the new trailer for Super Monkey Ball: Banana Mania titled “Meet the Gang”. It introduces us to the main characters of the game, many old and a few new! You can watch the trailer down below to get acquainted with these playful simians:

Here are descriptions of each character provide by Sega:

“AiAi – The carefree leader of the monkey gang, AiAi is one smart primate who takes on every challenge that rolls his way! He lives happily with his wife MeeMee and their son Baby on Jungle Island, ready to lead his friends when adventure calls.

MeeMee – The charming co-leader of the gang, MeeMee is Jungle Island’s kindest soul and the glue that binds the gang together. Mother to Baby and wife to AiAi, Mimi is one tough banana who is always striving to bring happiness to those around her. She loves searching for fresh flowers to take on her adventures.

Baby – Baby is the coolest monkey around with slick sunglasses and a lightning-fast crawl. Though usually jovial, Baby is known for the occasional epic melt that can be heard from across Jungle Island! He’s very smart for a monkey his age and always willing to help his parents collect every banana and save the day.

GonGon – When you need extra might and muscle, GonGon is your main gorilla! Though he and AiAi were once rivals, these two best friends now frequently team up together to stop Dr. Bad-Boon’s evil plots. Fast and strong with a heart of gold, GonGon’s body checks have been known to send opponents into orbit!

Doctor – This mysterious old monkey doesn’t even know his own name – he has amnesia! Despite losing all his old memories, he is always inventing fascinating new contraptions for the monkeys around town. He earned the name “Doctor” out of respect for his intelligence and ingenuity.

YanYan – A fast and fearless ring-tailed lemur and master of the monkey martial arts, YanYan is a fist full of energy with a colorful style. She’s one of the toughest monkeys this side of Jungle Island and always ready to help her friends on adventures.”

Super Monkey Ball: Banana Mania will be launching on October 5th. It will be available on Xbox Series X/S, Playstation 5, Xbox One, Playstation 4, Nintendo Switch, and Steam for PC. You can also get the anniversary edition of the game, which includes an art book, cosmetics, and a reversible cover.