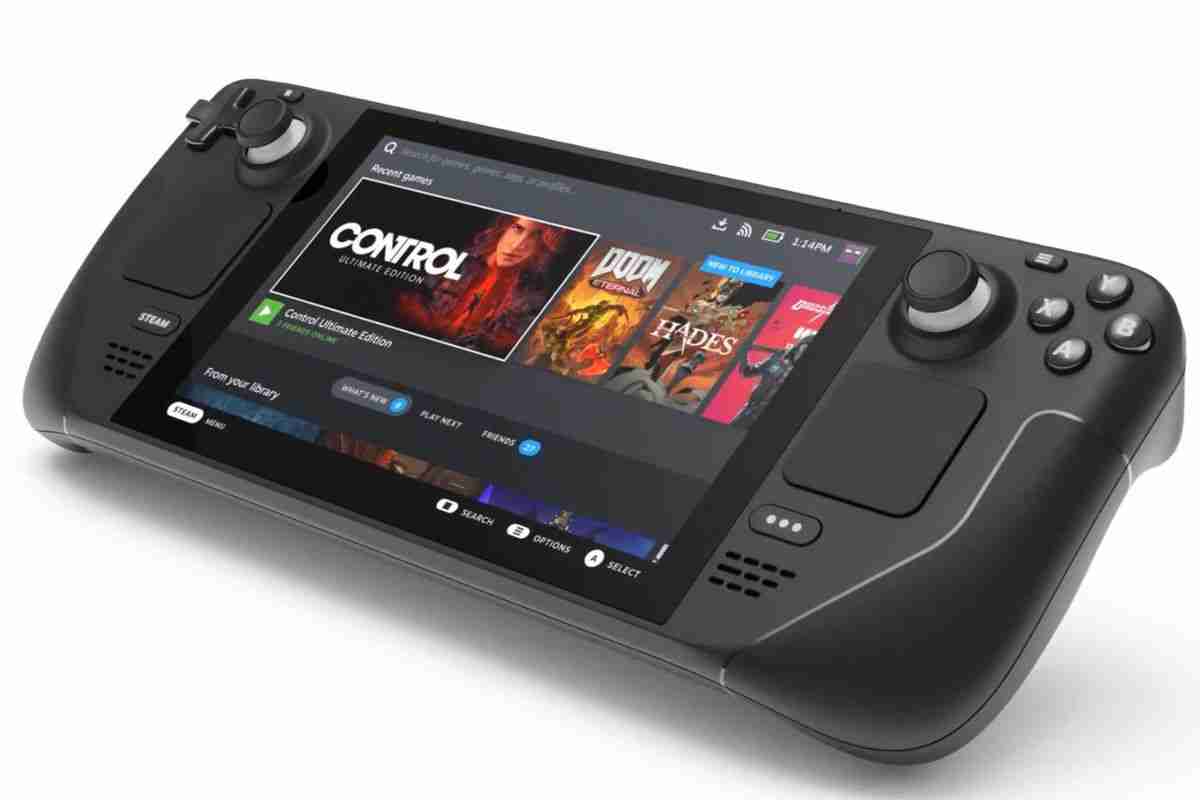 Nintendo has been given a serious rival to their Switch. And this isn’t long after they announced the new OLED model.  Enter Valve, who ate bringing their handheld to the market. Meet the Steam Deck.

What can it do and when can we expect to see it?

Valve’s take on a handheld gaming system gives the portability aspect we know from the Switch. And it’s not new games that get this, it’s every game from the Steam library. This is effectively giving every game on Steam the portability of the Nintendo Switch. So that’s games like Days Gone or Death Stranding or even Horizon Zero Dawn playable on the go. And it’s coming this December.

They announced several editions starting at $399 / £349.  This is also the same price as the new Switch model.  This also comes with a 64 GB SSD

The price listings for the other models are

What does it come with as a handheld?

You get thumbsticks and a D-pad.  So not unlike the Switch or controllers. It also has touch trackpads designed to replicate mouse movements. We also will get face buttons and shoulder and back buttons.

As we know there are 3 different models.  The cheapest Steam Deck has 64GB internal storage coming in eMCC format. It also has a case to carry it about in.

The other models have NVMe SSD which is similar to the storage in the PS5 and Xbox Series X/S. The middle bundle gets you an exclusive Steam profile bundle.

And what about the dearest?

It comes with a 512GB NVMe SSD and premium anti-scratch glass screen.  You will also get exclusive accessories which are a virtual keyboard theme and a special case.

How powerful is it for being handheld?

We also get 16GB of DDR5 RAM. Valve claims it is capable of “delivering more than enough performance to run the latest AAA games in a very efficient power envelope.”

What about the screen and battery?

How heavy is it handheld? And how big is it

Can we expand the storage?

Yes is the answer. It has a high-speed microSD slot. The UHS-I supports SD, SDXC, and SDHC cards.

Any other points such as connectivity?

It is supporting dual-band 2.4GHz and 5GHz WiFi signals, Bluetooth 5.0 “(support for controllers, accessories, and audio)” and a 3.5mm jack for headphones and headsets audio output.

Can I connect to my TV?

Thankfully yes you can. It also has a USB-C Dock similar to the Switch.  This lets you connect to an external display with a maximum 4K 120HZ or 8K 60Hz output. It has 2 USB 2.0 ports and one USB 3.1 and ethernet support. However, it is set to be sold separately and the price we don’t know as yet.

Valve simply says “use your Deck as a PC, as it is one”

You can also install and use PC software, of course. Browse the web, watch streaming video, do your normal productivity stuff, install some other game stores, whatever.

Once you log into your Steam Deck, a nice surprise awaits as your entire Steam Library shows up. Pretty much like it would on any other PC. It is a PC after all just more portable. And cloud saves mean you can just carry on from where you left off.

How do I preorder?