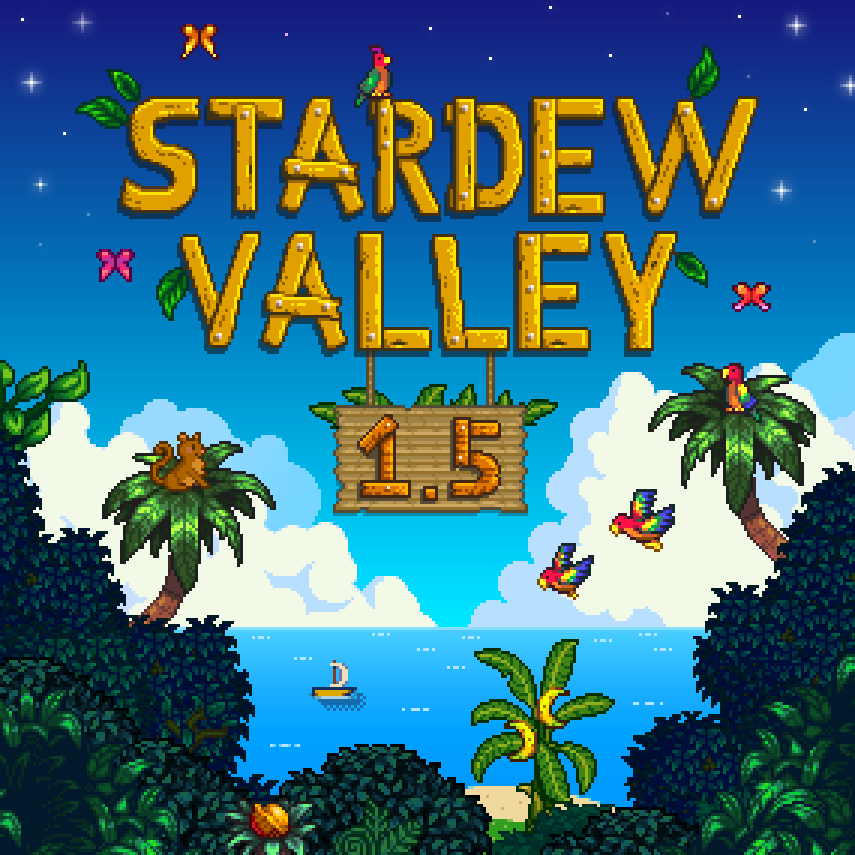 A month ago, an article was released explaining that Stardew Valley’s 1.5 update was in the home stretch. Today it was released for the PC. ConcernedApe, the developer of the game calls it the biggest update for Stardew Valley in a tweet. This update is huge with new items, crafting recipes, and even a new farm.

What’s in the Update

On the official Stardew Valley website, ConcernedApe explains in a blogpost some of the new features. To start off, only the PC has the 1.5 update and other platforms will get the update early next year.

First, a new option when starting a new game. Now, there’s an advanced game option where the player can: set monsters to spawn on their farm (before it was limited to only one farm), customize mine rewards, alter the community center bundles, and even a guarantee to be able to complete the bundle within the first year. As well, there are new hairstyles for the player.

In addition, there’s now split-screen for local co-op which was an exciting feature that was teased earlier in the year. Meanwhile, ConcernedApe says the update should be bug-free but there’s always a chance that there are a few bugs that were missed. Below is the list of what to expect, with no spoilers:

In the end, ConcernedApe mentions that next year there will be Stardew Valley related announcements and possibly more to look forward to.