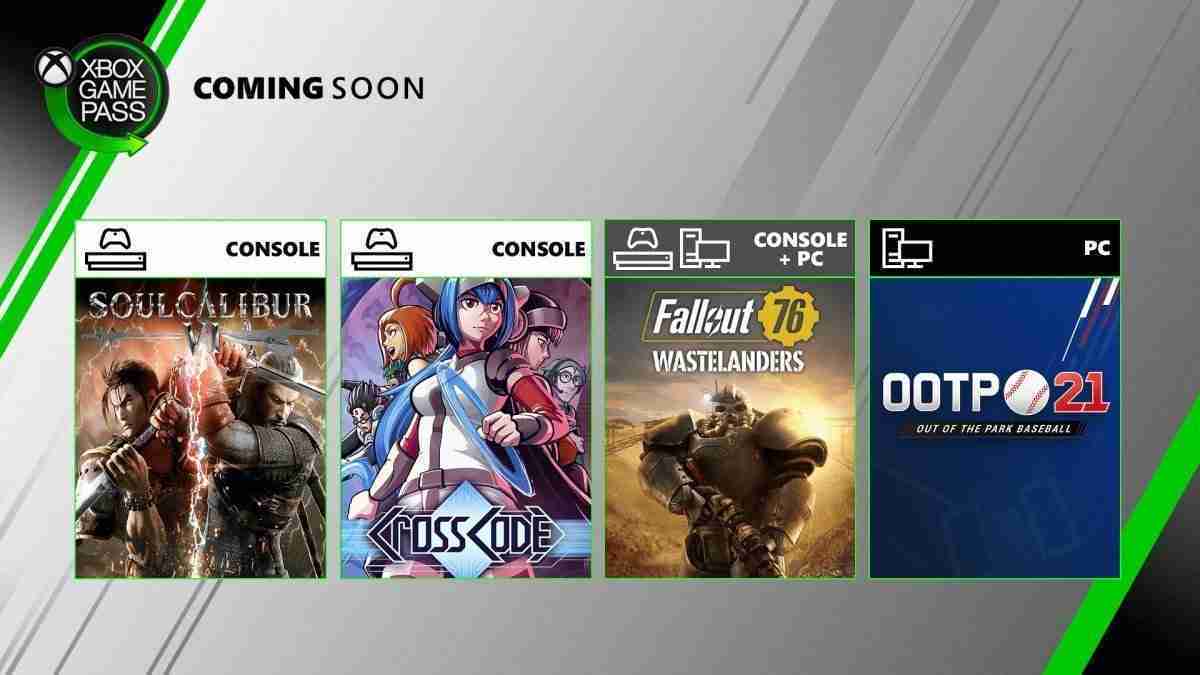 Xbox game pass continues to solidify it self as one of if not the best service for gamers around. Today via Xbox News, more games have been announced as coming to Xbox Game Pass for console and PC.

Out of the Park Baseball 21 (PC) ID@Xbox – July 1
The 21st version of the award-winning baseball strategy franchise delivers the newest features and improvements in series history! It features unprecedented depth and customization, brand-new guided experiences for newcomers and veterans, authenticity licensed by MLB and the MLBPA, and a bounty of offline and online experiences found nowhere else.

Soulcalibur VI (Console) – July 1
Prepare to clash in the retold Stage of History. Soulcalibur VI is the premier weapons-based fighter, head-to-head fighting series with a massive roster of iconic characters and special guest fighters such as Geralt from The Witcher. The heroic 3D battles transpire in a beautiful and fluid world, and now features all-new battle mechanics and characters. Pick your warrior and experience Soulcalibur’s untold history on Xbox One.

CrossCode (Console) ID@Xbox  – July 9
If you are looking for a game with more than 30 Boss fights, over 120 enemy types, huge dungeons filled up with countless puzzles, combat skills and a ton of quests supported by a handmade music tracks with plenty of playtime, well, in that case you are looking for CrossCode! A retro action RPG set in the distant future in the veins of Secret of Mana and Zelda. Look forward to butter-smooth physics, a fast-paced combat system, engaging puzzle mechanics, all served with a gripping sci-fi story.

Fallout 76 (Console & PC) – July 9
Bethesda Game Studios, the award-winning creators of Skyrim and Fallout 4, welcome you to Fallout 76: Wastelanders, the online multiplayer role-playing game. Work together, or not, to survive. Under the threat of nuclear annihilation, you’ll experience the largest, most dynamic world ever created in the legendary Fallout universe.