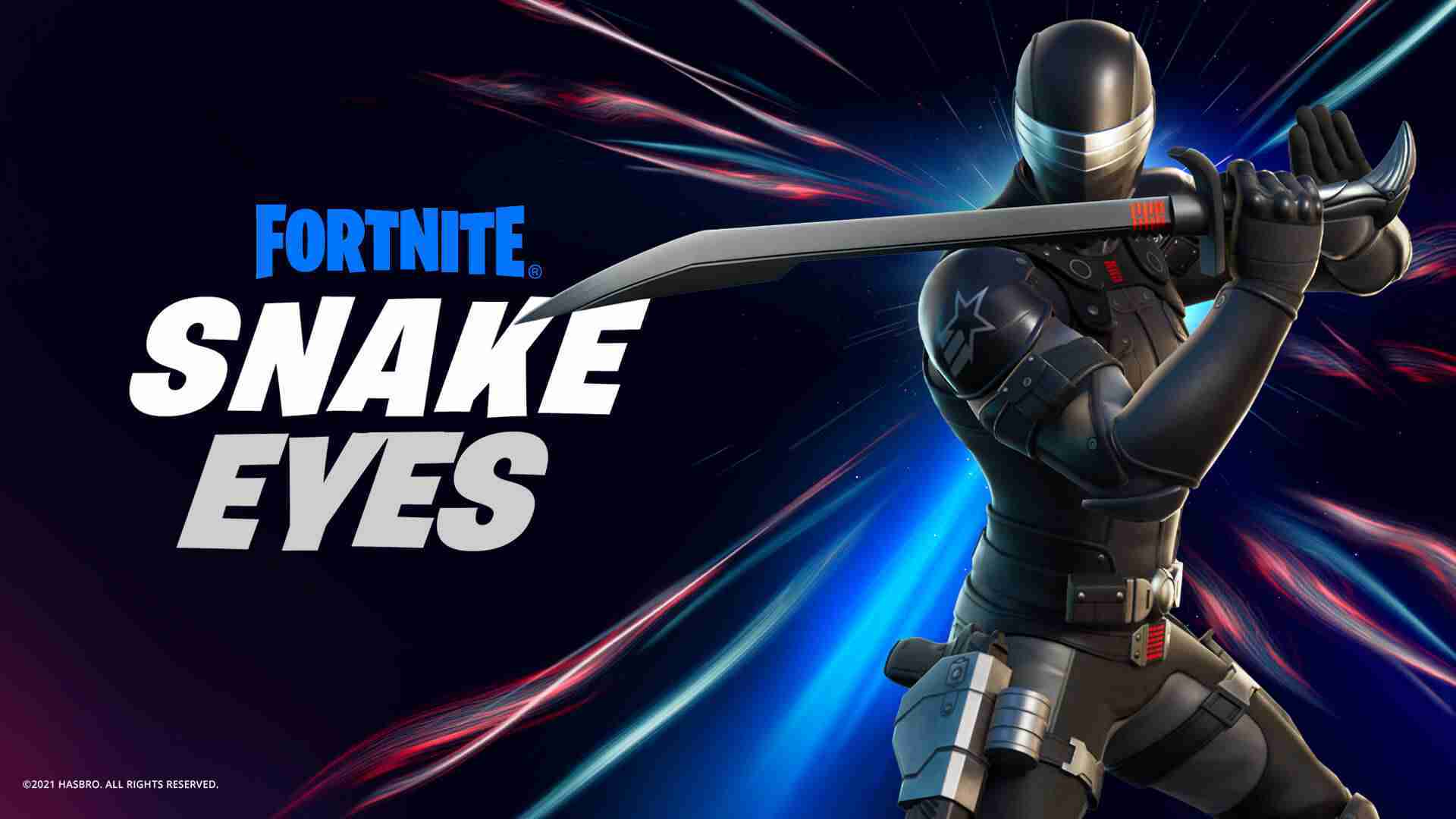 These past few weeks have been great for Fortnite fans. We’ve had a couple of great skins added and one more has joined in the fun. Snake Eyes from GI Joe has arrived.

While most players have already unlocked a skin that looks like Snake Eyes. He finally arrived in the game. He doesn’t have much to go with him. Most characters have a little more to offer. You will be able to unlock the Katana Pickaxe and Back Bling for the 1,800 V Bucks.

One of the cooler things is that players can actually buy the skin in real life. Hasbro has created a figure that you can purchase online. Each figure costs $39.99 and only two per customer are allowed. Here are some of the details of this figure.