Skyrim Is Getting A 10th-Anniversary Special Release. 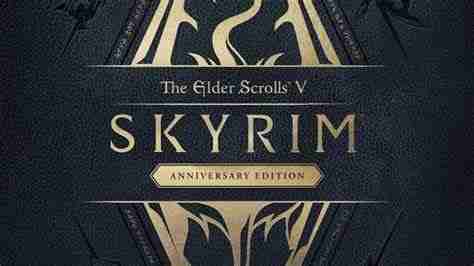 It’s hard to find someone who hasn’t become the Dragonborn and Fus-Ro-Dah someone right off a mountain. But if you are one of those people who haven’t played Bethesda’s monster hit, The Elder Scrolls: Skyrim, well good news. It was just announced at Quakecon that Skyrim is getting a 10th-anniversary special release.

So what’s in the Aniversary edition?

That is right, the game with more releases than any other game, Elder Scrolls: Skyrim is getting another re-release. But this isn’t just a standard release. The Anniversary edition actually will contain free next-gen console upgrades for current the current version of the game. As well as, over 500 pieces of fan-created content. You heard that right, they are taking some of the best and popular fan-made mods from the creation club and including it in this edition.

Alongside, the next-gen upgrades and creation club content, they are adding fishing to Skyrim. You heard that right, you can finally fish to your heart’s content in the frozen northlands of Tamriel.

Now a note about the Anniversary edition, that while the next-gen upgrades are free; to get the rest of the content included there will be an upgrade path for owners of the special edition. A price has currently not been announced.

The game will launch on Bethesda’s favorite date, November 11th. This comes 5 years after they launched the special edition. The 10th-anniversary special edition will be available for PC, Xbox One, Xbox Series X/S, PS4, & PS5 consoles.