NEOWIZ Sale On The Nintendo eShop INDIE Live Expo, Winter 2022 Crisis Core FFVII Reunion Digital Preorders Are Live Fast-Paced Beat’em Up Jitsu Squad Releases Soon On PlayStation & Nintendo Switch Warhammer: 40K Inquisitor Martyr- Sororitas Class DLC
Being a new, built from the ground-up studio, many people expected Microsoft’s The Initiative to create a new triple-A IP. However, according to reliable members of media and insiders, The Initiative is rebooting Perfect Dark. My initial thought of this game reboot is not a bad one. Knowing what studio head Darrell Gallagher did during his time at Square Enix with Rise of the Tomb Raider there is a lot to be excited for. Many people consider Rise of the Tomb Raider a critical success. If Perfect Dark can get that type of revival Xbox fans would be extremely excited. 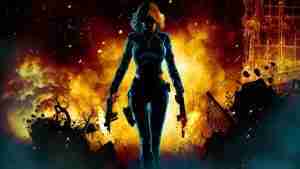 Gamers have not see Joanna Dark since 2005 when she returned in Perfect Dark Zero. To which many gamers did not like as nearly as the 2000 original N64 game Perfect Dark. The sequel not living up to expectation is part of the reason some fans are skeptical of a reboot. This skepticism is lead with one question; Does Joanna Dark have staying power? Where the original games really that good? Most remake or rebooted games that we have experienced have been games that were once loved by a big portion of the gaming community. Perfect Dark falls somewhere in between loved and easily forgotten. This is something, if the rumor is true, Microsoft must overcome. They must ask themselves how to make people care enough about the character to buy into a remake. 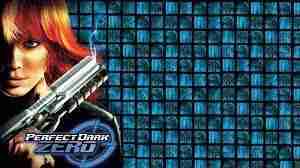 One thing is for certain if we really are going to play as Joanna Dark again in a reboot it also needs to be a reimaging. A complete overhaul of the original 2 games. Some fans who are on board with the reboot have suggested the game be in 3rd person instead of 1st person. This could be a welcomed change. Another welcomed change could be making the game more grounded and realistic. Ditch the weird aliens and give the gamer a true secret agent experience specializing in combat, espionage, and undercover operations. It will be an exciting new few months as many believe we will get the truth. During Xbox’s July 1st party studio event it is believed that we will get to see what The Initiative is working on. Whether it is a new AAA IP or the rumored Perfect Dark remake gamers ready to see what the Santa Monica based studio is cooking up.         lv1 Gaming was unable to source the featured image. Contact us if you are the artist so that you can be credited.
What’s your Reaction?
+1
0
+1
0
+1
0
+1
0
+1
0
+1
0
+1
0
Facebook Twitter Email
👁️ 288

Get 3 Months of Xbox Game Pass Ultimate with Samsung TVs

CMA Cares What “GodofPlayStation8567” Thinks About The Xbox & ABK Deal