QUBE Remake One We Didn’t Need, Or Do We? Deadpool Joins Marvel’s Midnight Suns In DLC Football Manager 23 Finally Gets PS Release Date Over 100 Side Quests In Hogwarts Legacy Is a Smaller PlayStation 5 on the Horizon? I’ll Wait and See
Brave the Vaults of the Ancients in September’s Free Sea of Thieves Update! Hunt down hidden keys and break into deadly Vaults… or just get a dog and chill on the beach. It’s time for the focus to swing back to Sea of Thieves’ original Trading Company, the Gold Hoarders, in the latest free update available today to all Sea of Thieves players across Xbox One, Windows 10 PC, Steam and with Xbox Game Pass. Vaults of the Ancients brings in a new Voyage type as players are tasked with tracking down well-hidden keys to the Gold Hoarders’ top-secret Treasure Vaults – but will these Vault Keys be safely returned, or will pirates do what they do best and claim the gold as their own?
Vault-Finding MissionsThe perilous Puzzle Vaults built in a bygone age have more recently been repurposed by the Gold Hoarders, turned into Treasure Vaults for their ever-expanding wealth. But Captain Flameheart’s continued rise to power threatens the security of these safehouses, and the Hoarders need to reclaim the keys they once went to great lengths to hide. Take on a Treasure Vault Voyage from the Gold Hoarders’ representative at your nearest Outpost, and you’ll be given a Golden Wayfinder compass – this will help you find the pieces of the map to the hidden Vault Key. Once you have the key, the choice is yours: do you deliver it into the hands of the Gold Hoarders and claim your reward? Or risk using it to unlock the Treasure Vault, where you have a chance to gather up even greater riches and escape before the built-in traps take you out? If you haven’t reached a high enough rank to be trusted by the Gold Hoarders but think you’re up to tackling a Treasure Vault regardless, speak to new arrival Larinna at the tavern where she’s taking over from Duke as the public face of the Bilge Rats. Canine Out of Ten
The Pirate Emporium is a whirl of activity this month as three different breeds of dog come bounding in, all looking for new pirate owners! Pick up an Alsatian, a Whippet or an Inu with a coat pattern of your choice, and keep this honorary crew member at your side as you set sail for adventure. The dogs of the Sea of Thieves are mostly ship-trained, but as your deck’s constantly getting washed clean by rain and seawater anyway, don’t worry about it too much. If you’re one of those pirates who likes everything to be co-ordinated, you can even kit out your new canine sidekick in a suitable seafaring outfit! Also new to the Emporium is a fearsome ship livery for anyone who missed the chance to start collecting it in our recent Hunters of the Deep event: the Shrouded Ghost Hunter Ship Set! Prove to all others on the ocean that you will not rest until you’ve clashed with this fabled beast and lived to tell the tale. 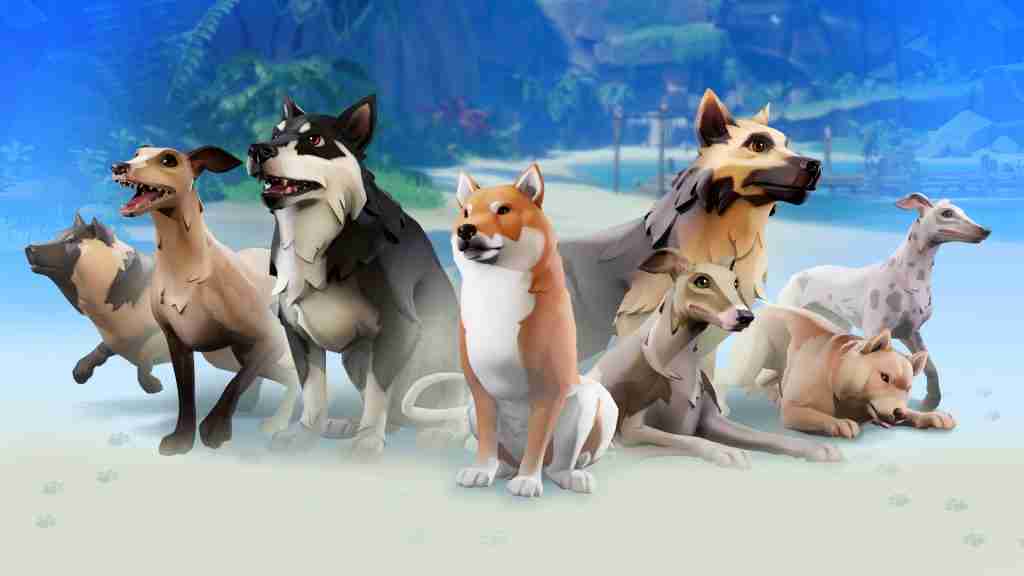