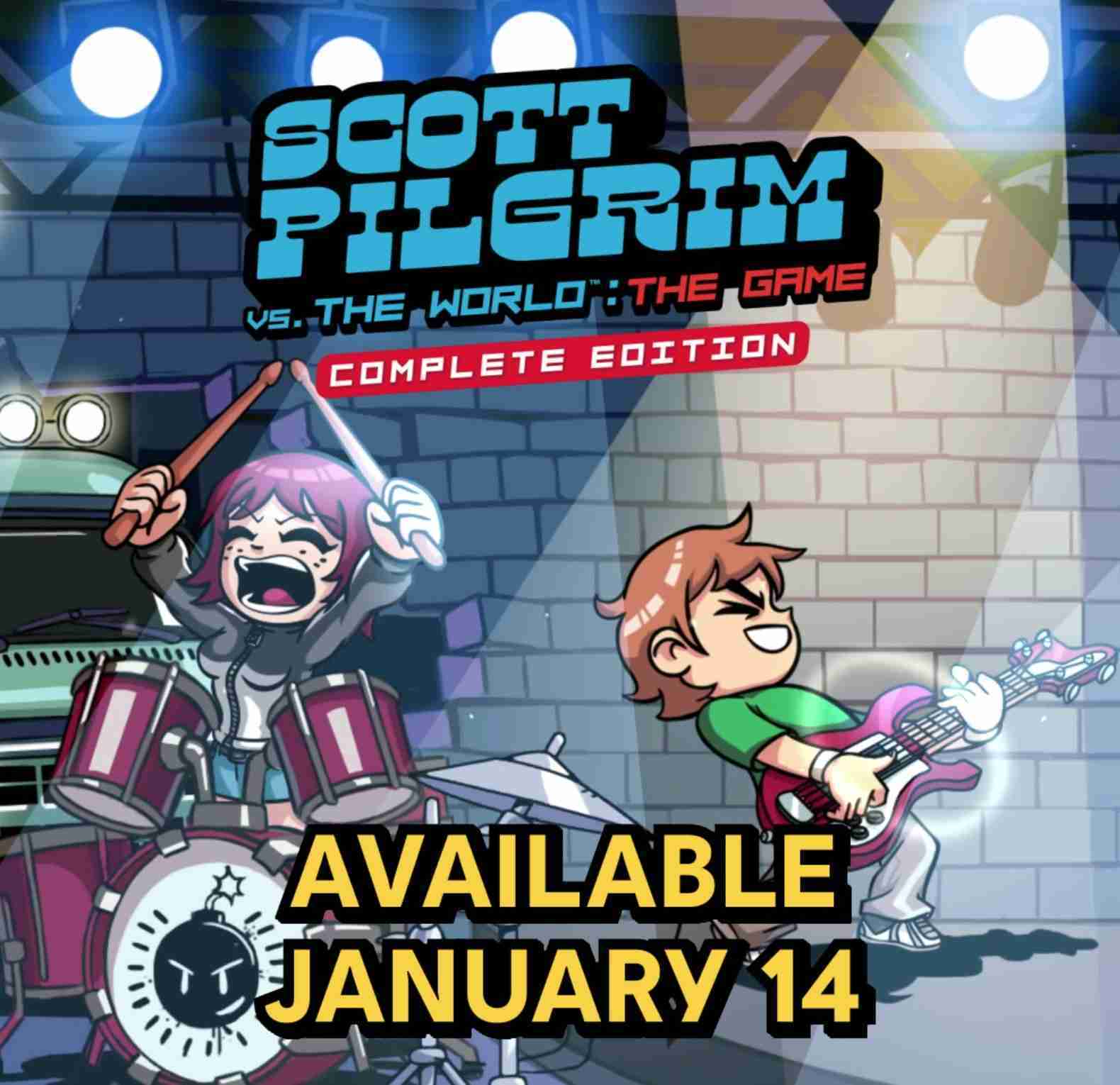 If you are a gamer there is one graphic novel, movie, and video game that stands out: Scott Pilgrim Vs. the World. Bryan Lee O’Malley’s loving gaming-inspired graphic novel got turned into a 64-bit stylized beat em up by Ubisoft that was released in December of 2010, shortly after the premiere of the Film. Well in 2014 the game was delisted and never able to be released due to losing the licenses. However, Bryan had made it known he would like to have the game relisted for many to play the game again. Well, it is now official that Scott Pilgrim returns on January 14th!

Well, it was announced that Ubisoft was re-releasing the game as Scott Pilgrim Vs. The World: The Game Complete Edition. Originally slated for a holiday release, it was finally given a final date. That’s right everyone’s loveable Canadian rockstar Scott Pilgrim finally returns to digital storefronts! The game will launch digitally on all platforms in January, with a physical release to be released later suggested by a tweet by Bryan Lee O’Malley himself.

game comes out january 14 now. Working on getting a physical release but if it happens it'll be after digital

The Complete Edition of the games comes with all the games previous Knives Chau and Wallace Wells DLC Packs and will cost only $15 on Xbox, PC, PSN, Switch, and Stadia. Are you excited knowing that Scott Pilgrim returns on January 14th, did you guys play the original? Let us know down below in the comments. You can watch the original 10th-anniversary announcement trailer down below and read more about the game on its official page here: