Ranking Nintendo Directs Part 5 | Cogs In A Machine Ep.36 Early Impression of The DioField Chronicle Demo Blossom Tales 2 Review (Switch): Return Of A Campfire Story. Thymesia Review – An Introductory Soulsborne Experience Hogwarts Legacy Hit With Delay
We have heard a lot about what can expect from next-generation gaming on consoles. Sony and the PlayStation has been touting the advances they have made with their SSD. In addition we have seen multiple developers praise what Sony has done. However, one developer believes CPU is the biggest jump into next-gen not SSD. 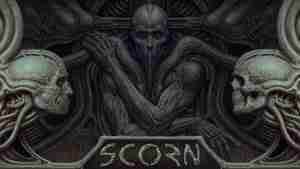 MSPowerUser sat down with Scorn game director Ljubomir Peklar who gave his opinion on the next generation of console gaming.

“We didn’t [want to bring Scorn to current-gen consoles] because we want our game to be played at 60FPS. That would be close to impossible without big sacrifices. Next-gen is about responsiveness, smoothness and a lot less time wasting. The problem with these features is that they are not easy to sell in videos or screenshots.”