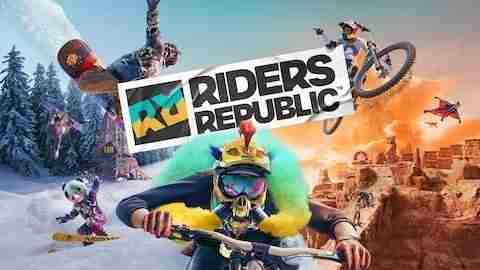 Ubisoft not only has delayed Rainbow Six Extraction for another time but another upcoming release has suffered. This time it’s their upcoming sports title by Ubisoft Annecy Riders Republic

When is this coming out now?

Riders Republic was scheduled on 2nd September. 2 weeks before Rainbow Six is was due. Now its coming 28th October, so nearly 2 months pushed back.

Ubisoft as we know said they wanted to delay Riders Republic to give “more opportunities for players to test, play firsthand”.

What have the studio said?

They posted news of the delay via Twitter as well as on the Ubisoft blog.

We can’t wait for you all to hit the Republic in our upcoming beta. This will be the first time you get to go hands-on in this massive multiplayer playground and we are looking forward to hearing what you think.

To ensure we can deliver the best game for all players. we’ve made the tough decision to delay our release date from September 2 to October 28. This will give us more time to fine tune the experience and give you another chance to jump in before launch and provide feedback.

We’ll have more to share soon, so stay tuned!

So it seems the 2 games delayed are at different stages of their development. So hopefully we see no more delays and a polished release come October.  But it does appear it’s a week full of delays as several big names have suffered. This includes the likes of Ghostwire Tokyo, Resident Evil Re:Verse, and Warhammer 40,000 Darktide suffering delays. Albeit these are delayed slightly more than Riders Republic. Game delays however are not unusual, even more so in the times we live in with a pandemic in play.