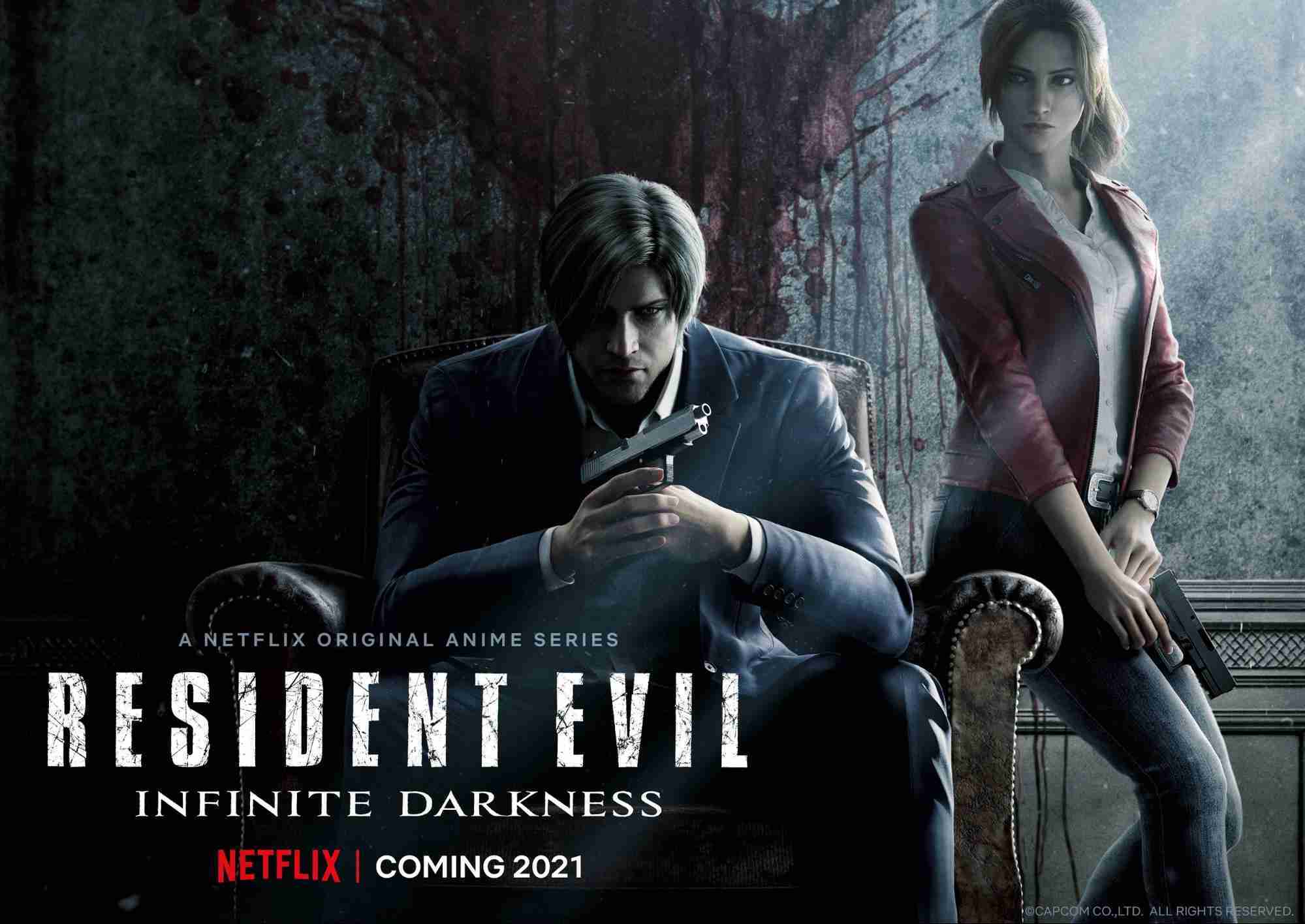 One of the most exciting tidbits we learned, pertains to who’s playing Claire and Leon. Fans of Resident Evil 2 Remake, can rest assured knowing, Nick Apostolides and Stephanie Panisello will reprise their roles. More specifically, their roles as the legendary duo of Claire Redfield and Leon S. Kennedy. More information is due during a panel at AnimeJapan 2021 on March 27th, which might be where we see a trailer.

A number of stills have released, showing the art direction in full. An official poster, on the other hand, has given fans a visual as to what the synopsis dove deeper into, pertaining to the White House setting.

The Synopsis for Infinite Darkness

As well as some exciting new stills, Netflix also gave us a new synopsis. Interestingly enough, we know now the film is set after the events of Resident Evil 4.

“In 2006, there were traces of improper access to secret Presidential files found in the White House’s network. American federal agent Leon S. Kennedy is among the group invited to the White House to investigate this incident, but when the lights suddenly go out, Leon and the SWAT team are forced to take down a horde of mysterious zombies.

“Meanwhile, TerraSave staff member Claire Redfield encounters a mysterious image drawn by a youth in a country she visited, while providing support to refugees. Haunted by this drawing, which appears to be of a victim of viral infection, Claire starts her own investigation.

“The next morning, Claire visits the White House to request the construction of a welfare facility. There, she has a chance reunion with Leon and uses the opportunity to show him the boy’s drawing. Leon seems to realize some sort of connection between the zombie outbreak at the White House and the strange drawing, but he tells Claire that there is no relation and leaves. In time, these two zombie outbreaks in distant countries lead to events that shake the nation to its very core.”

We also know, Capcom will have involvement with the project. Hiroyuki Kobayashi will serve as executive producer for the film. All in all, this is shaping up to actually be pretty good! Capcom’s involvement as well as Resident Evil 2’s Claire and Leon reprising their roles, should quell fans’ fears.

Attack on Titan Immortalized in its Creator’s Hometown