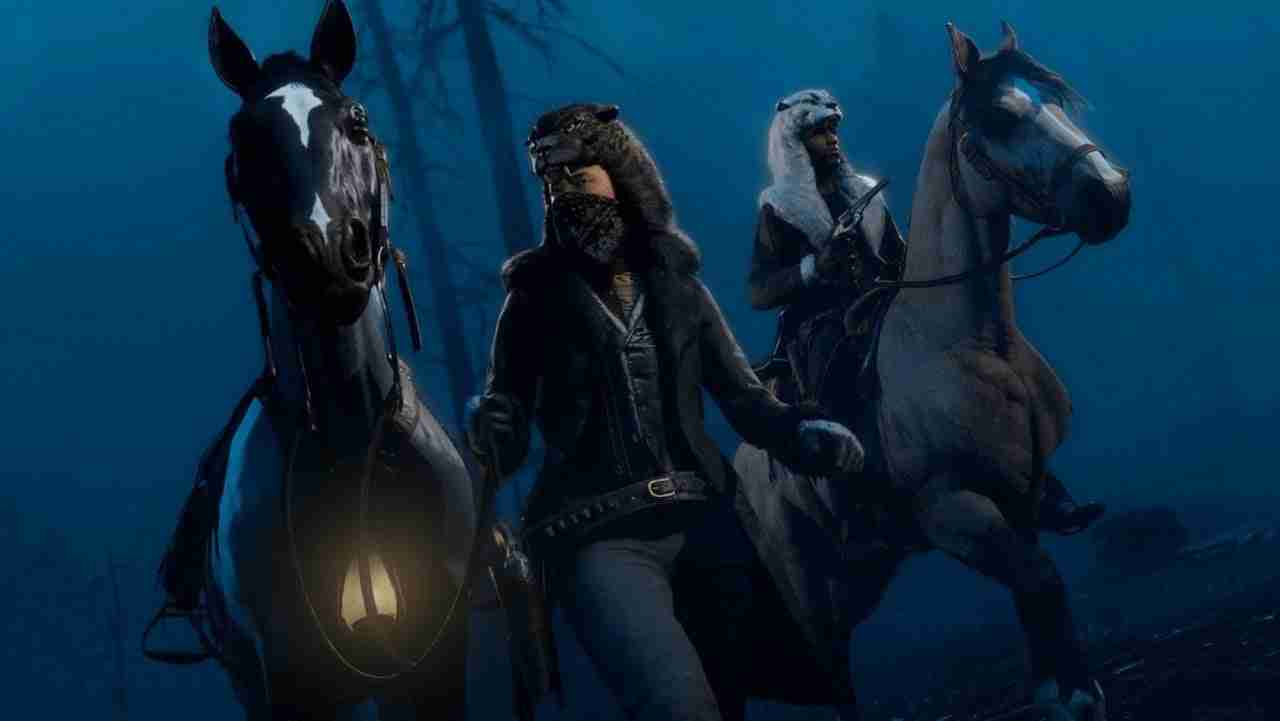 Red Dead Redemption 2 has finally gotten in the spooky times’ sprit with its newest update. The new content update released this week adds a Halloween game mode, a Halloween Pass with lots of rewards to unlock, and more prizes for all players to earn. The update also included the typical weekly additions of new discounts and some more Legendary Animals for players to hunt with all the content live in the game now across all available platforms.

The new game mode added as part of the Halloween update is called “Dead of Night.” It features four different teams facing off against one another and “The Dead.” By taking out these dead enemies, you’ll earn points for your team, but not as much as taking out other human players. You can acquire some masks to obtain powers to help you win. Additionally, if you play the game mode at all over the next couple of days, you’ll get some free loot.

Grim tidings are making their way to Red Dead Online with the Halloween Pass.

Featuring macabre rewards across 20 ranks including skeletal machetes, gothic décor, morbid fashion, and more. Available through November 16th. In addition, the two Legendary Animals to be hunted this week are a pair of panthers consisting of the Nightwalker Panther found near Bolger Glade and the Ghost Panther found near Bluewater Marsh. You can take them out and bring their pelts to Gus, you’ll unlock new cosmetics only attainable by trading in the animals’ pelts. The update is now live across all platforms Red Dead Redemption 2 is on.