Rainbow Six Siege Gets An Extraction Teaser In New Event 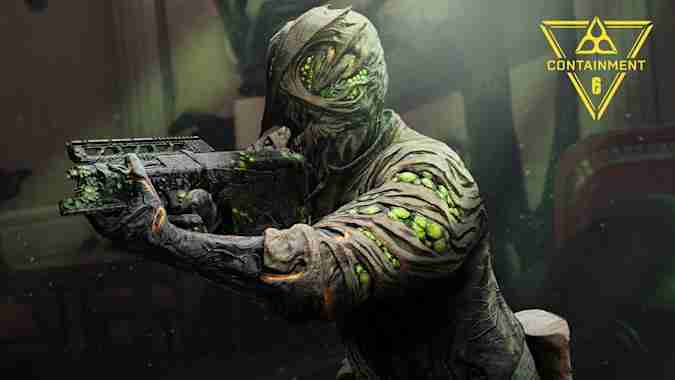 We won’t see Rainbow Six: Extraction until next year, due to it being delayed. How everyone the game is going to appear sooner than we think, just in a different form. A perfect way to fight an alien infection whilst we wait for Extraction.

How will this be possible?

Well, we have another title available in Tom Clancy’s Rainbow Six franchise available, that’s Rainbow Six Siege. We have a new event, which is possibly similar to the Outbreak mode which Extraction is based on.

What is the event?

This gives attacking operators from a select pool the job of destroying alien nests. The location of this is in a reworked version of the Consulate map, one of the original Siege maps.

It won’t be as easy as that, the nests are protected by the infected defenders

Are the weapons the same?

And this is vague because the attacking loadout we don’t know yet, but it can vary depending on the event. However, the defenders are unarmed. And don’t think that they will be a soft touch. They are faster, stronger, and can tear walls down by hand.

What if I don’t own Rainbow Six Siege?

So you are covered, you will get a free-to-play weekend during the event. And this will runs from August 13th until the 15th. During this period we see battle pass points getting doubled. And for those on Xbox the game is available in Xbox Game Pass for console

And like usual events, we get themed cosmetics for 10 operators and weapons. You will likely get one of them free with a special form of alpha pack.

What is an Alpha Pack?

It packs that contain cosmetic items for the game. The more you win the more chance you have of getting a pack and again the more you play increases the chance. To get them you don’t need to buy them just play the game gets you a chance of more. And from personal experience, it’s easily achieved. However, this mode has just been added, because this is seen in the patch notes for the recent update. This is usual for the seasonal events to be kept separate because they are usually planned separately from mid-season updates.