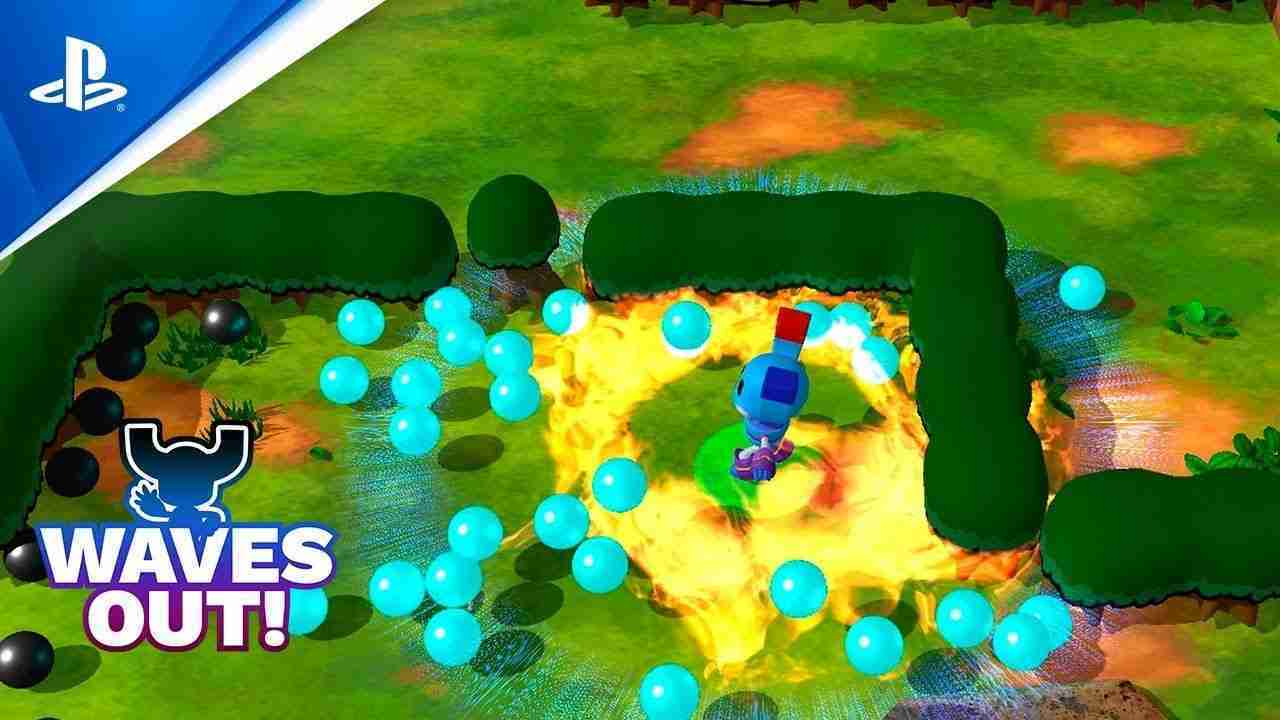 Sony Interactive Entertainment Spain (SIE Spain) and Crevice have announced that the Ps4 Exclusive Waves Out! is now available. Waves Out! is a a platformer/party game developed under the PlayStation Talents initiative.

In Waves Out!, players will have to compete in a title whose rules are similar to the Hungry Hungry Hippo board game. Each player will control Magnetin, a brave little character with magnetic skills that is able to attract the balls scattered through each level. Players will have to get as many balls as possible using Magnetin’s skills as well as platforming mechanics.