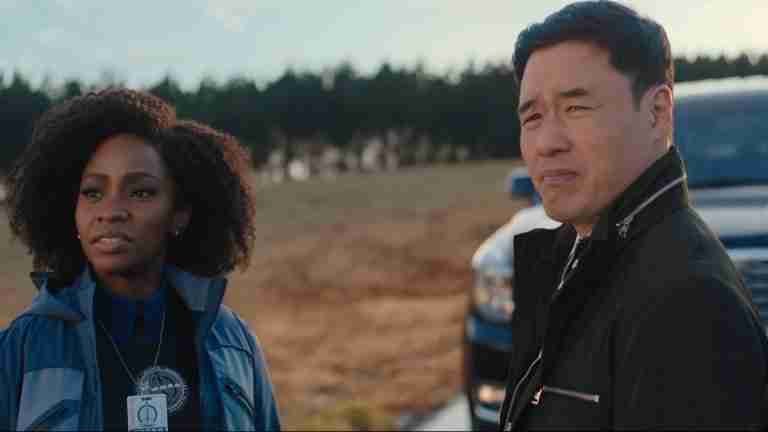 With Jimmy Woo’s appearance in episode 4 of WandaVision. The internet has gone wild wanting a spinoff series starring the FBI agent. With such a strong response, it looks like the spinoff is picking up some steam. While it’s too early to say if Jimmy Woo will get his spinoff. We can confirm the interest in an X-Files-like series is there.

Prior to WandaVision we last saw Jimmy Woo, played by Randall Park, in Ant-Man and the Wasp. Agent Woo came into frame armed with the Ant-Man-inspired sleight of a hand card trick. Easily fueling the internet’s demand for more Jimmy Woo. In addition, Agent Woo’s wit and general charm have left everyone swooning for a spinoff.

As various spinoff ideas were thrown around. One, in particular, seemed to stick from actor/ director Stephen Ford. The suggestion from Ford was an X-Files-style mystery where Agent Woo and friends solve strange cases, like the Westview Anomaly, but across the MCU.

Garnering 190k likes at the time of writing, it seems like the power of the internet is elevating Jimmy’s role in the MCU. With the viral tweet, the wheels have been set in motion according to Ford, for him to submit a pitch for the spinoff. Ford tweeted the following:

Ford spent the weekend writing the pitch for the Jimmy Woo spinoff and throughout, several stars have indicated their interest in participating if the show gets picked up. To me, the more support thrown in from other entities in the industry, the better shot the WandaVision spinoff has.

However, while the internet is generally excited about the potential of Jimmy Woo, there is one major piece we do not have yet. We have no idea what the fate of Agent Woo will be in WandaVision and related Marvel material. This could wildly change the trajectory of a Woo spinoff depending on what happens to Jimmy during the latter half of WandaVision. The idea of X-Files Jimmy is great, but we still have quite a bit of work to do before we even know if the show is possible.

While we wait and see on the Jimmy Woo spinoff, we at the very least know we can rely on the internet to come up with the next Marvel sensation. From Twitter to pitch writing, the possibility of the spinoff shows how much power the internet fandoms have and how well Randall Park is as Agent Jimmy Woo.