PlayStation Acquired Housemarque. What Does This Mean For The Studio? 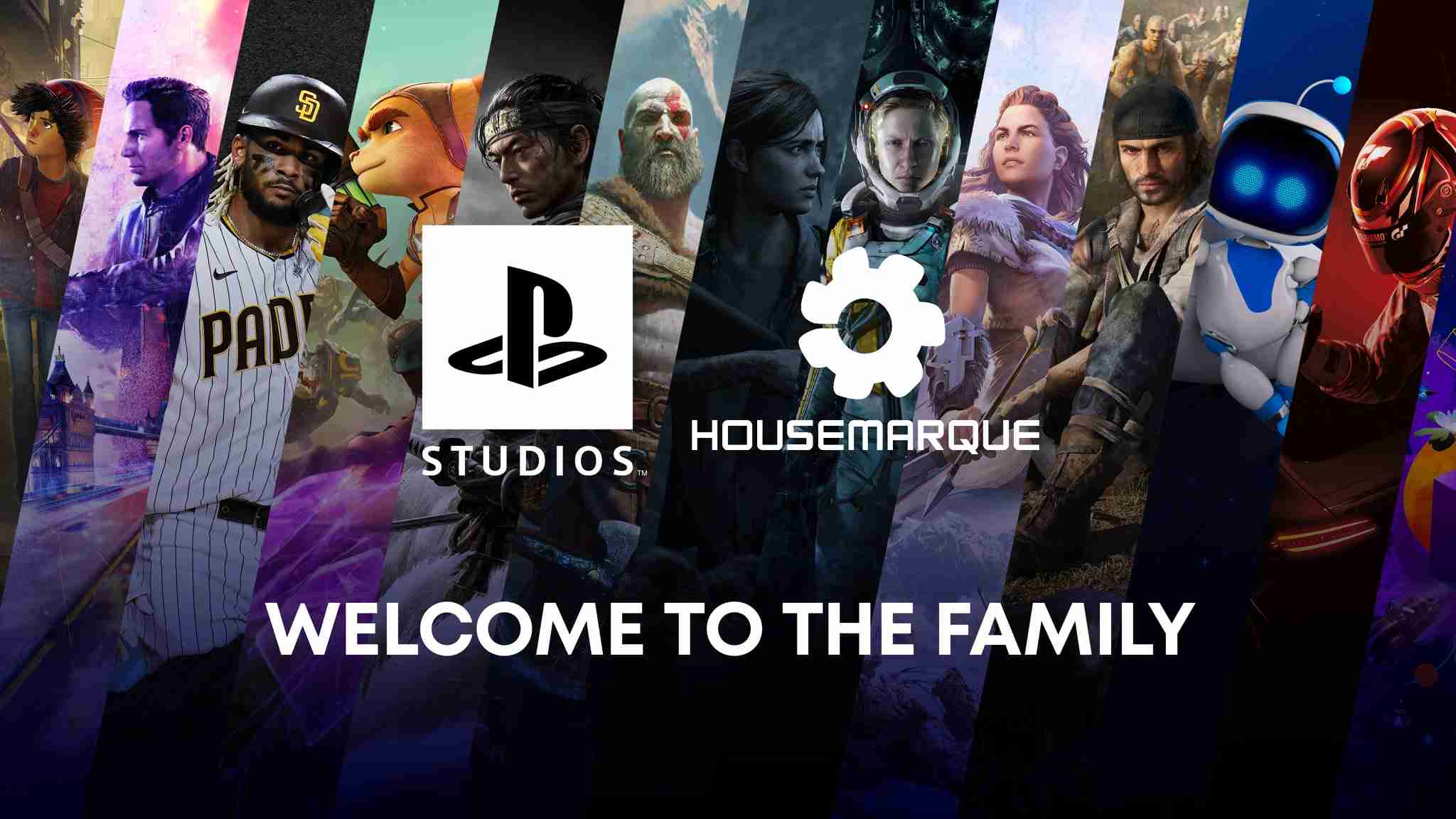 Over the course of those releases, it became apparent to gamers and Sony that Housemarque makes pretty good games consistently. Now that PlayStation acquired Housemarque, what’s next?

But who is Housemarque?

The name Housemarque derives from two of Finland’s first video game developers; The creator of the 2D space shooter Stardust; Bloodhouse and the creator of Elfmania; Terramarque. Hence, (Blood)House (Terra)Marque. In 1995, these commercial developers consolidated their teams and within a year they re-emerge with the 1996 classic Super Stardust for the MS-DOS. That’s right! Housemarque’s very first game was not available for the PlayStation platform. Housemarque developed for MS-DOS, Microsoft Windows, and even Xbox before finally reaching PlayStation in 2007 with Super Stardust HD. So how did Sony and Housemarque get so close…

Sony has a healthy habit of providing their gamers with games that rely heavily on nostalgia. Super Stardust HD was taking everyone back to 1996 by using my childhood imagination of flying over planets with rapid-firing weapons, destroying asteroids in fantastical fashion, all while piloting a stylish spaceship. It’s safe to say they got it right on the money. From there, Housemarque and Sony began delivering that fast-paced gameplay to remind gamers of that “last quarter in the machine” feeling they had at the arcade. From what I can ascertain, These two were into making games that were too addictive to give up on. This was the beginning of a necessary evil Playstation gaming needed.

PlayStation 4 came with a modest amount of launch titles, but the one that stood out was 2013’s Resogun. Resogun is Housemarque’s side-scrolling shoot-em-up that is the spiritual successor to (you guessed it) Super Stardust HD. Resogun garnered a lot of attention from gamers due to it being a free PS PLUS game at launch and being a Housemarque game promising something retro; an undeniable combination. Resogun became so big on Housemarque’s reputation that the developers wanted the idea of them being known as “The Resogun devs” to be changed going forward. Sony agreed and gave the veteran developers the opportunity to change that going forward.

Stop reading if you heard this one; An astronaut goes into space, gets a distress signal, crashlands on the mysterious planet, and gets tangled in a death loop. It’s now up to you to find out how to stop the cycle. This is how Housemarque chose to present their first AAA game Returnal for PS5. Once again, they are at the launch of new PlayStation hardware! With this necessary evil of a game! Returnal’s premise is to give us exactly what we’ve known Housemarque for; fast-paced gameplay and making us yell at screens. Returnal is based on how you approach each encounter. The game relies on your skill, intelligence, reflexes, and critical thinking to survive. The game keeps you engaged because you and the main character Selene are reacting to the mystery behind the cycle and take on the incredibly challenging lifeforms that reside there. I refuse to spoil the game, it’s a journey you must experience firsthand.

What makes Returnal special (besides AAA label) is that Returnal is in a 3rd person perspective and has optional upgrades, extremely responsive controls, excellent voice acting, trial and error, permanent upgrades, “in space no one can hear you scream” horror, immersive environments, 3D audio (that can scare more than help), intriguing story, makes heavy use of the DualSense controller, incredible sound design, high replay value (I’m on my 13th Cycle post story), incredibly addictive gameplay, brutal (but worth the effort) difficulty, and it has my 2021 Game of the Year stamp of approval. I mean, what more does a game need to get right to get that type of acknowledgment?

Returnal achieved what Housemarque wanted, they are rid of the Resogun label and now they are within the confines of the gaming company that has allowed them to flex their own challenge of gaming. Which is what I called a necessary evil. The very good news to longtime fans is that Housemarque will continue making the games they want, which I love.

What are they doing now?

Housemarque is working on a new IP whilst minding the requests of Returnal players with frequent updates to better the already amazing experience. If you wish to, you can enjoy Super Stardust HD & Ultra, Resogun, Dead Nation on PSNOW. Matterfall, Nex Machina, and Returnal are in the PlayStation Store.