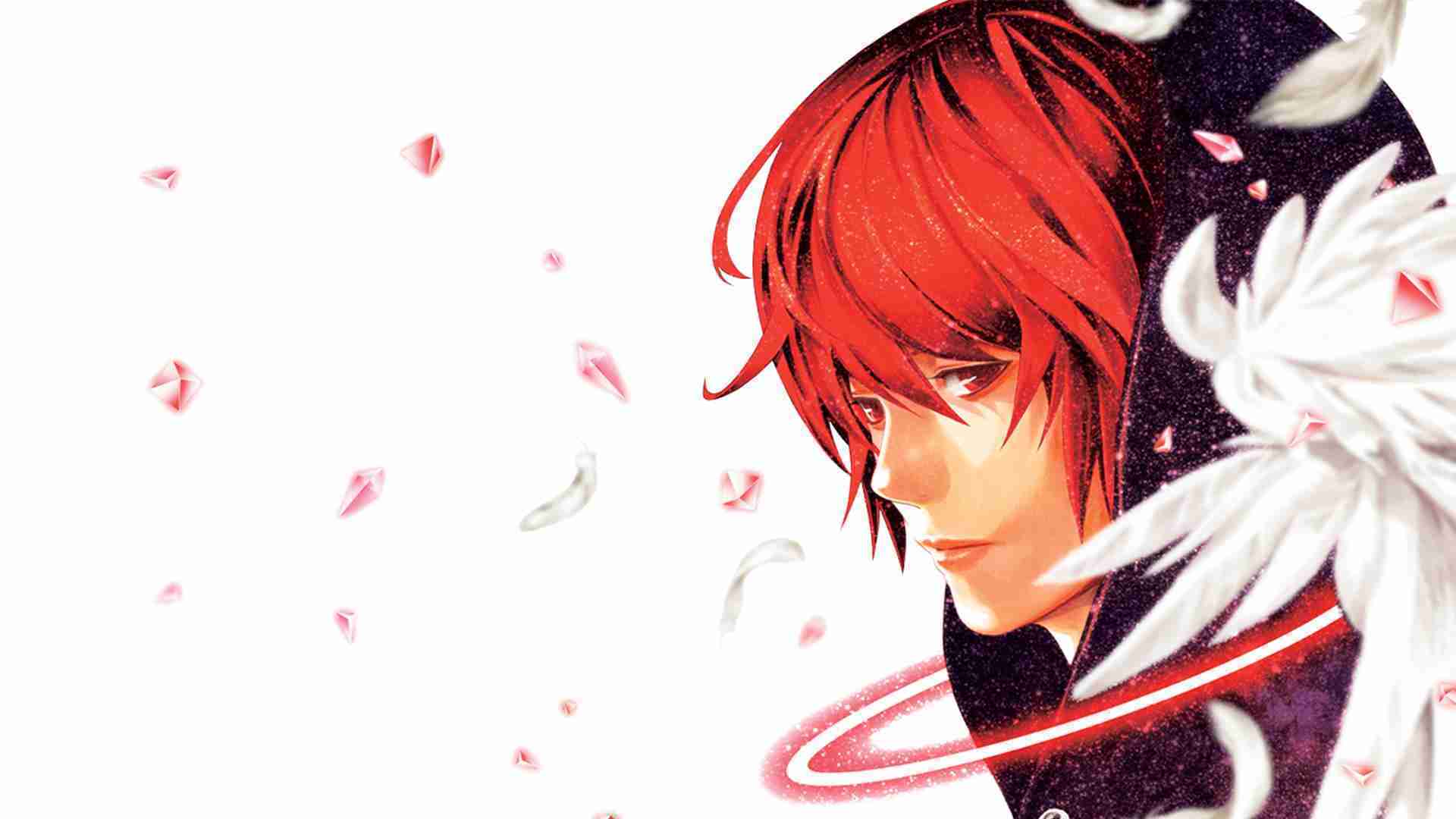 Tsugumi Ohba and Takeshi Obata are widely known for their critically acclaimed manga series, Death Note. Some may recognize their names from another popular work, Bakuman. However, this year we saw the culmination of their latest supernatural-filled psychological thriller, Platinum End.

The story starts with protagonist Mirai Kakehashi, going to the top of a building and attempt to end his life by jumping off the roof. However, this is immediately halted when Mirai’s guardian angel, Nasse, saves him. She explains that she has vowed to protect him and to make him happy, and bequeaths special powers to him. These powers are present due to there being 12 other candidates who also have guardian angels and were chosen to compete for the role of God. This has to be done within 999 days. Fairly straightforward, one of his powers is a set of wings that allow Mirai to fly faster than the human eye can track and the power to make another person fall in love with him for the next 33 days; the latter is an exceptionally powerful skill that allows for several strategies, given that the person will do anything if instructed, however, he has 33 days, after that the effect vanishes and the person can no longer be smitten.

Throughout the story, you understand the motives behind each character’s commitment to the task of defeating the other candidates. And behind a lot of these motives, behind many of the intentions of the different characters, you learn what their perspective on happiness is, and how far they are willing to go. A simple yet layered aspect of these characters, because happiness is not that easy to obtain or maintain. Although the first volume only has 3 chapters, they serve their purpose in establishing the premise and ending it with an intriguing cliffhanger.

I am delighted to keep on reading Platinum End and see what Tsugumi Ohba has in store. All while Takeshi Obata continues to illustrate panels that evoke both beauty and somberness.

I recommend checking out the first volume and giving it a try, you can either purchase a physical copy at your local bookstore or online, or you could check it out digitally on the Viz Media site, where the very first chapter is free. An anime adaptation is set to premiere on October 7th, 2021.