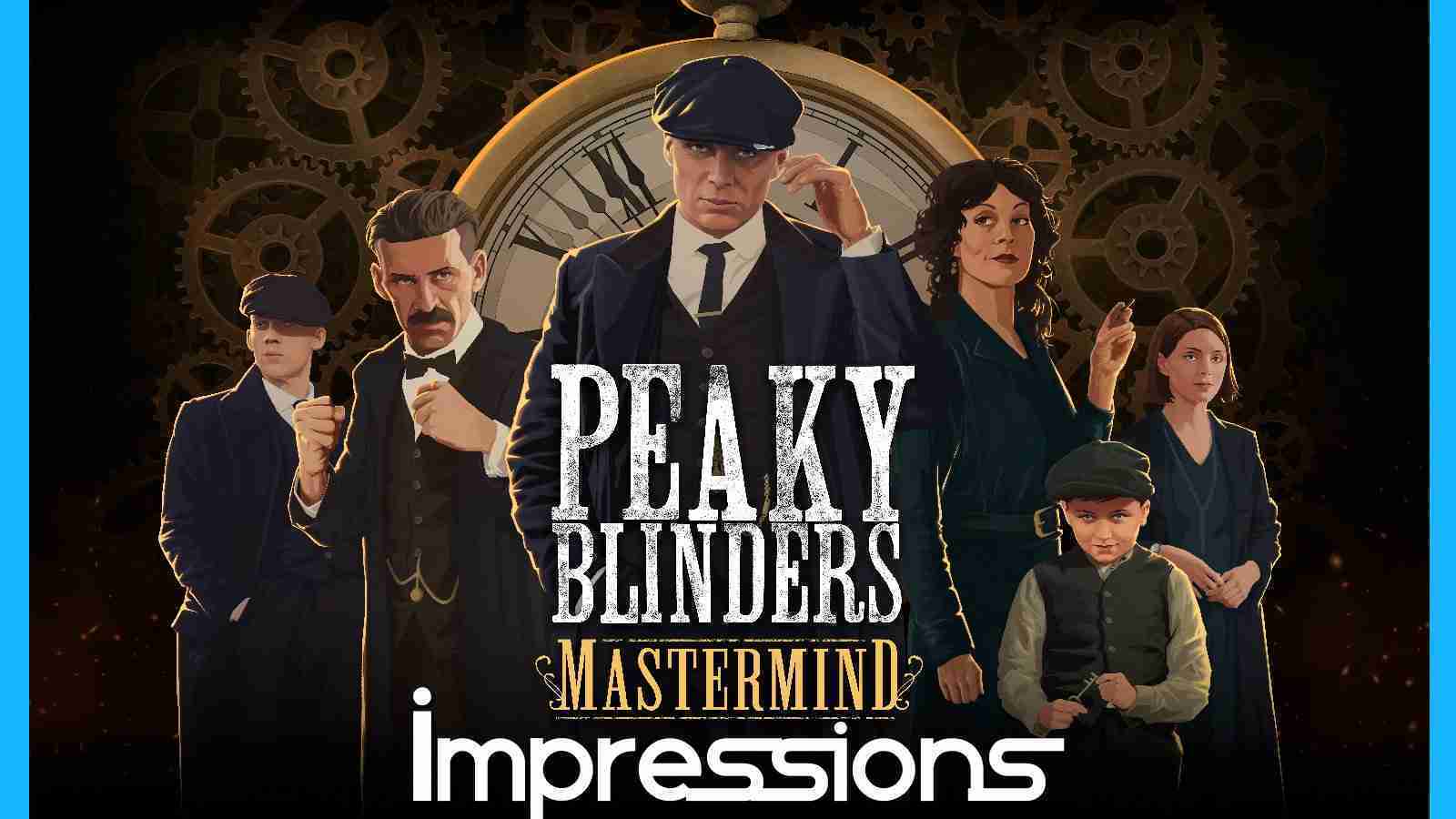 What is Peaky Blinders: Mastermind? You all already know my kink in life Is tie-in games. I’ve reviewed and done retrospectives on several from Batman Begins on the PS2 to The Neverending Story for the Commodore 64. Tie-in games are my bread and butter and peaky blinders fits that perfect. Witness the rise of Tommy Shelby as the true leader of the Peaky Blinders in early 20th century Birmingham. Use Tommy’s prowess for planning to set up and execute complex scenarios. Take control of Tommy himself, Arthur, Polly and more from the hit Show as they pull off one dastardly mission after the other.

Developed by FuturLabs a small studio in correct me if I’m wrong East Sussex, United Kingdom. The studio has been around for about 15 years making games for console and handhelds alike. From Velocity and Velocity 2 to Mini-Mech Mayhem now finally the newest game from them Peaky Blinders: Mastermind. Additionally, the game was published by Curve Digital. Who are known from some hidden gems like Human Fall Flat, The Flame in the Flood, Serial Cleaner and a ton of other sleeper hits.

What is Peaky Blinders?

For those who may not know Peaky Blinders is a Roma-origin gangster family epic set in Birmingham, England months after the end of the First World War in November 1918. The story centres on the aforementioned gang and their ambitious and highly cunning boss Tommy Shelby played by the underrated and talented Cillian Murphy. In season 1 the gang comes to the attention of Major Chester Campbell played by Sam Neill, everyone’s favourite paleontologist. He plays a Detective Chief Inspector in the Royal Irish Constabulary sent over by Winston Churchill from Belfast, where he had been sent to clean up the city of the Irish Republican Army (I.R.A.), Communists, gangs and common criminals. At the time of writing, you can watch all 5 seasons on Netflix. 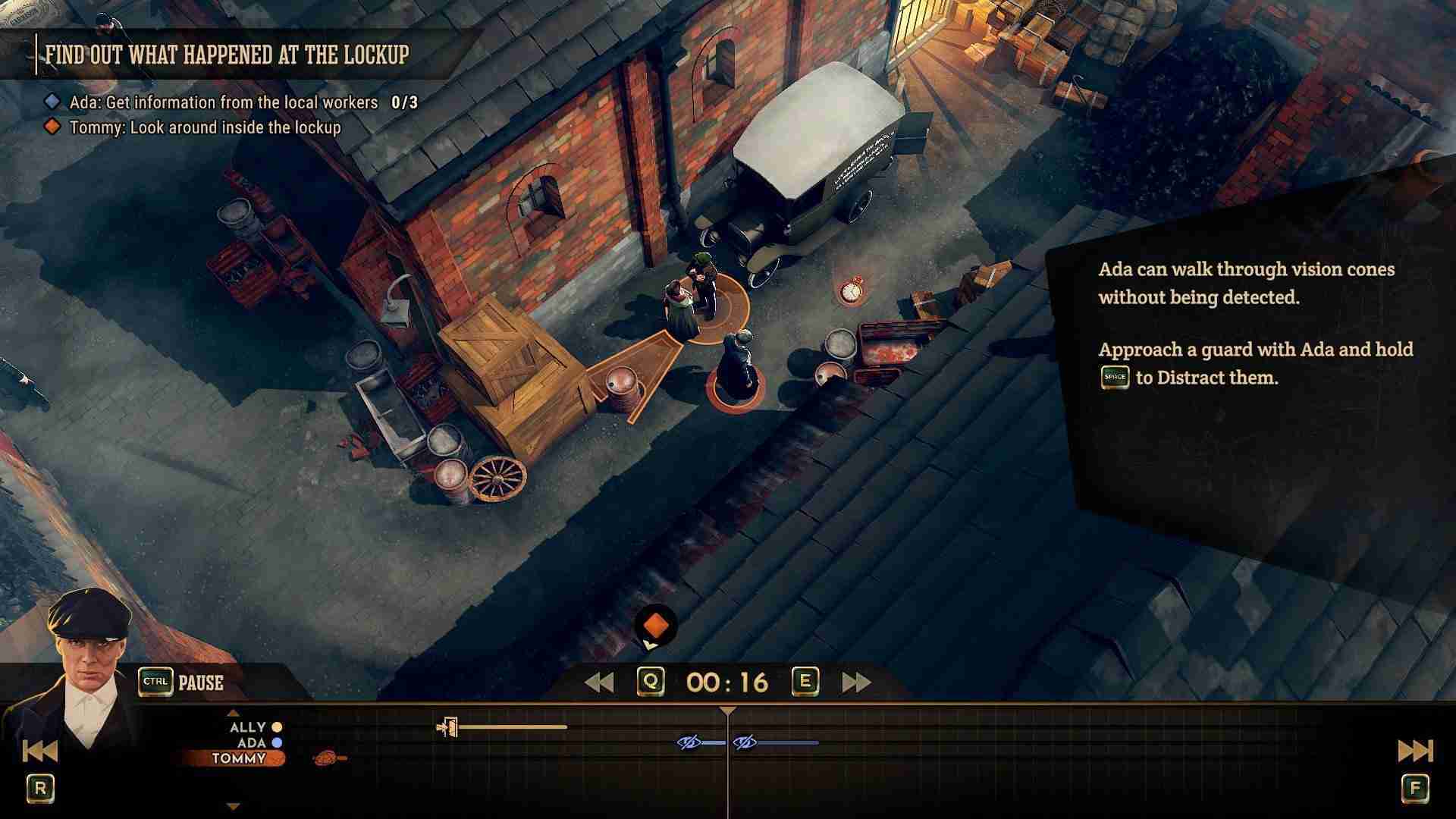 Peaky Blinders: Mastermind is a down to earth stealth puzzle-adventure game based on the multi-award-winning TV show. You get to pull the strings, as Tommy Shelby and his gang as they seek to take control of the streets of Birmingham in the early 20th century. Set right before the events of the first season, you will join the Shelby family’s criminal family as they discover a sinister plot to put Tommy out of business. The game taps directly into Tommy’s talent for planning complex scenarios in his head. Allowing you to execute intricate strategies by taking control of key members of the Shelby family down on the ground

It isn’t really until mission 4 that you get a taste of the complex systems that the game has in store for you. Mission 4 requires you to choreograph 3 characters Ada, Arthur and John to get through the level puzzles. Often having to work in tandem or timed right so you can pass cleanly. By mission 10 you have to use all that knowledge built up to direct every member to success. Each character has a skill or action only they can do in that given mission. Be it John who uses lanterns to burn walls down or Aruther to kick doors down and beat down baddies. To Tommy who can convince people to help the family and Polly the lockpick, bribing no-nonsense lady. Everyone has a skill and needs to help the others. There is never a character that feels unnecessary or underused.

It’s a fixed 3D isometric camera view even though the camera can be moved it can not be rotated. Which while not my favourite camera angle isn’t off-putting here. With no intense combat, well-designed puzzles and clean views means it doesn’t need a rotating camera. This is more a stealth puzzle game than an action game. The look and feel is unquestionably after the great war in England. From the beautifully drawn cutscene stills to the carefully constructed levels it just takes you to an era long gone. It feels like a toned-down mostly combat free aside from a few missions Assassin’s Creed Syndicate. Which in my books is a good thing.

Peaky Blinders is based around a time system. Gameplay runs on top while a timer and action bar run on the bottom. This allows you to rewind time, scrub through the timeline to set up one character’s actions while you take control of another one to finish the puzzles. It’s a unique system, something I haven’t seen very often. It can get a bit tedious at times moving a bunch of characters to one location like in the first section of chapter 10 but it happens so infrequently it’s only a minor annoyance.

Nothing is overly hard at least in standard mode. Some of the puzzles are good head scratchers for a few minutes but with the rewind and restart on your side, you never feel in a hurry. The only hard part can be finding the collectible pocket watches in each level they can be easily overlooked and missed. The reset level was used a fair few times in my playtime. I wish there was a way to go into the timelines/ action bar and cancel actions.

My only complaint is it’s short most missions will take you only 30 to 40 mins or so depending on your puzzle-solving skills. Also, it’s only 10 levels or missions. Just when I felt myself fighting for these characters and diving into their world it was over. I don’t know if DLC is planned but I wouldn’t mind more gameplay here.

Peaky Blinders were a real gang that operated in Birmingham, England at the end of the 19th century to after WW 1. The Blinders, which grew out of the harsh economic deprivations of the working class in Britain. They were composed largely of young men of lower to middle-class families. They derived social power from robbery, violence, racketeering, illegal bookmaking and the control of gambling. Members of this gang wore a signature outfit that included tailored jackets, lapel overcoats, button waistcoats, silk scarves, bell-bottom trousers, leather boots, and peaked flat caps.

So if that has piqued your interest give Peaky Blinders: Mastermind a chance. It is a quick, puzzle filed game to introduce you into the world of the award-winning show. Find it on steam right now. 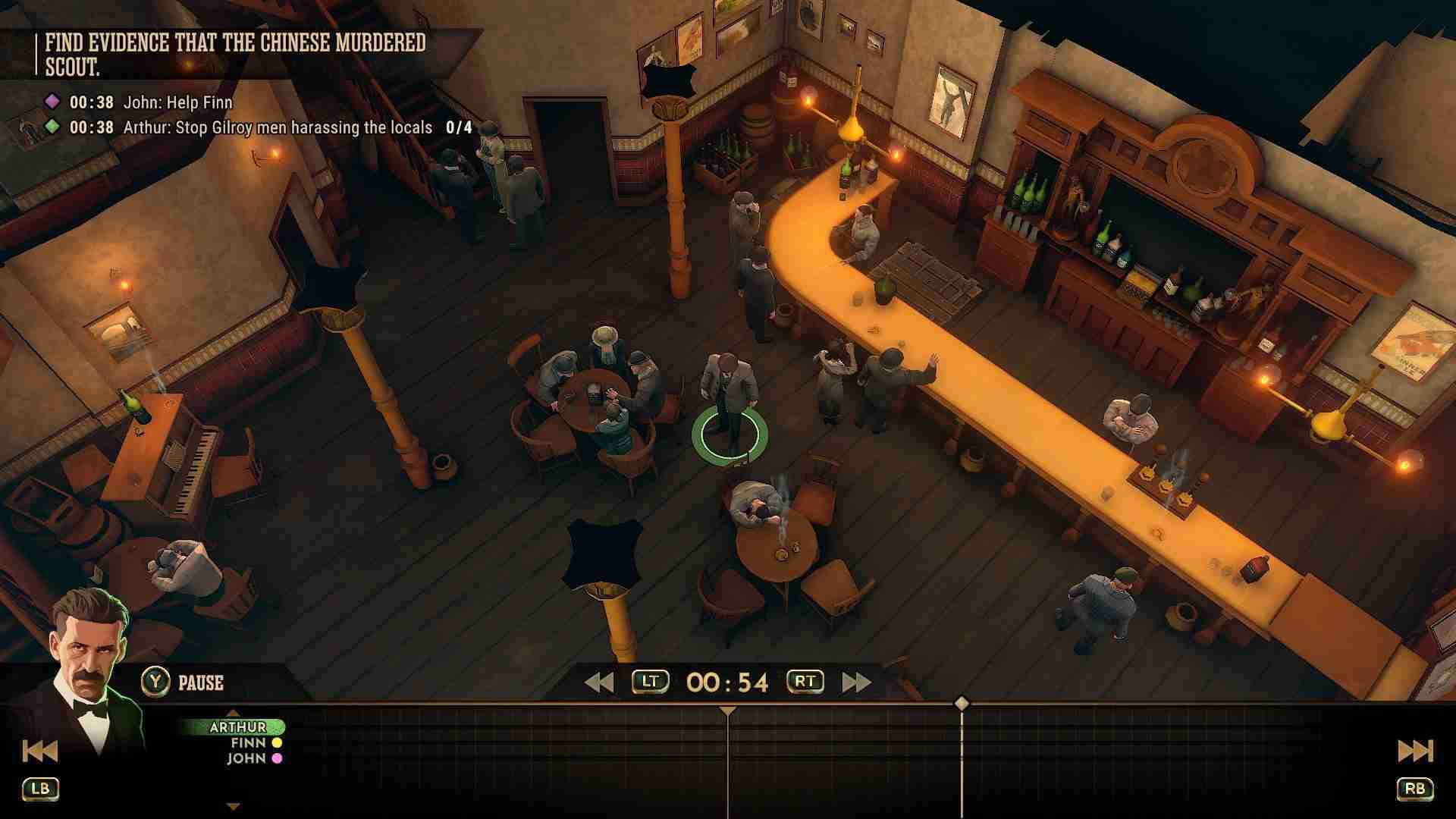