Outriders: What It Needs To Survive 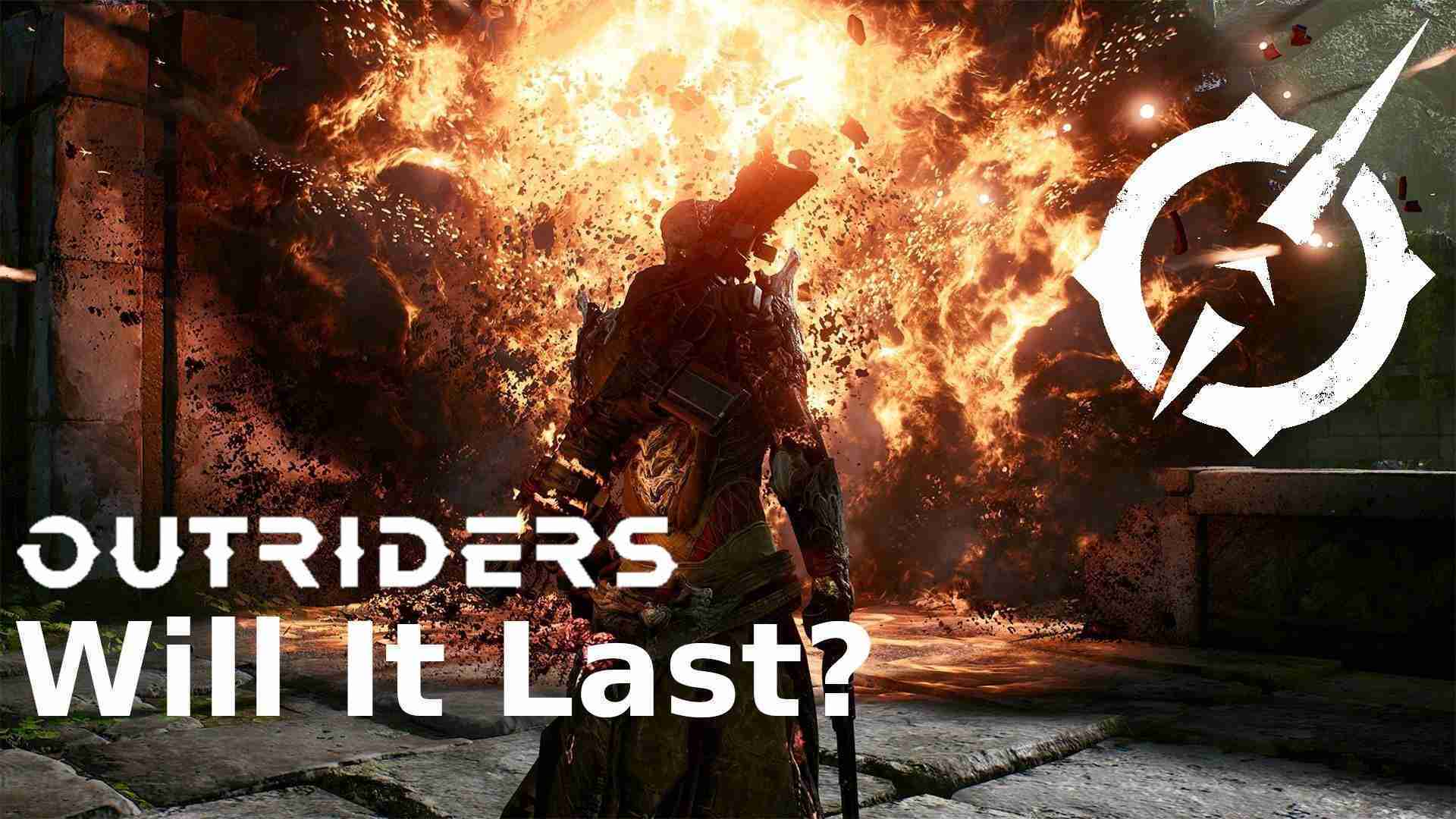 Outriders is a new looter shooter published by Square Enix and developed by People Can Fly. I’m here to talk about what it needs to survive beyond a few months.

This new title will launch on April 1st, 2021. Also, there is a refreshing demo available now on consoles and PC for those who want to try it out. First off, I had a lot of fun playing this game but I can see this game failing after launch. There are a few major issues that have (in my opinion) an easy fix.

Now before we address the negatives let’s start with the positives. This game is fun to play especially with friends. Now, this sounds like it should be more than enough but sadly it’s not. Especially, if not enough people purchase the game. Back to the positives, it has the holy grail in gaming crossplay day one!

A feature that a lot of the big-name titles such as Destiny 2, Warframe, and more are missing. The drop-in and out features are solid also, the servers during the demo held up quite well for me. I was only booted from the game twice during my time playing. The loot was not bad, the weapons were varied, the gear looked cool, and the gameplay loop was solid. There are major “buts” to all of this and now it is time to address them.

Now let’s address the biggest elephant in the room. The price is too high for this game. Now I’m not saying it’s a low-tier game or its poor quality. It is a hybrid of games that have a solid player base and established IPs. Launching this game for $39.99 would almost guarantee a large player base from the start. Service games need a large player base to keep the ecosystem alive. You never want to log into a game and have a hard time finding a team to play with. Also, they don’t have to sell as many copies as other games because cross-play will be available on day 1.

Get Rid Of Those Silly Cutscenes

Let us be honest having a cutscene showing my character opening a door is goofy. Especially if I still have a loading screen show up after the cutscene. I would rather have a longer loading screen to complain about. Honestly, those weird-placed mini cutscenes cause the game to feel older than it is. As silly as it sounds, as someone who had fun playing the game that bothered me. I am a more willing gamer, we have all seen people stop playing games for less. So please, get rid of those cutscenes every last one of them, especially that “bridge jump”.

I have not looked too deep into the long-term plans for Outriders, but it has to include constant updates. Every three months, new special gear, special bosses, and special weapons. I’m not saying there need to be big cinematic events like in Destiny. Audio or even a screen showcasing what’s happening during the season. Add in special titles and weapons for the hardcore player base to earn. Seriously with the games that Outriders are competing against, lack of fresh content will ruin it.

So The Devastator Class…

Maybe I’m just a top-tier Devastator player (not true at all) but this class feels broken. It is a dope class that makes playing solo a lot easier. The class seems as if it will be the first OP Meta class of the game if not nerfed a little bit. The close-quarter healing ability kept me from playing behind cover. Turned me into a devastator maybe I’m just nitpicking but I felt broken out there on the battlefield. This one is just something I experienced while playing maybe I’m wrong.

In the end, this game has serious potential and above all cross-play. So please Square Enix and People Can Fly consider these points. Competition is always good for the gaming world and this looks like a dope entry into the arena. Outriders will launch on April fools 2021, yes seriously. Will you be playing this new looter shooter on day 1? Do you think Outriders will survive for long or be a forgotten title?

Like Loading...
Is Outriders worth it? Looter Shooter Outriders Outriders Demo People Can Fly Square Enix Thoughts on Outriders Will Outriders be Good
About Author

Eggs in Pokemon Go Are Just Loot Boxes In Disguise