Omega Joins the Holotables in Star Wars: Galaxy of Heroes 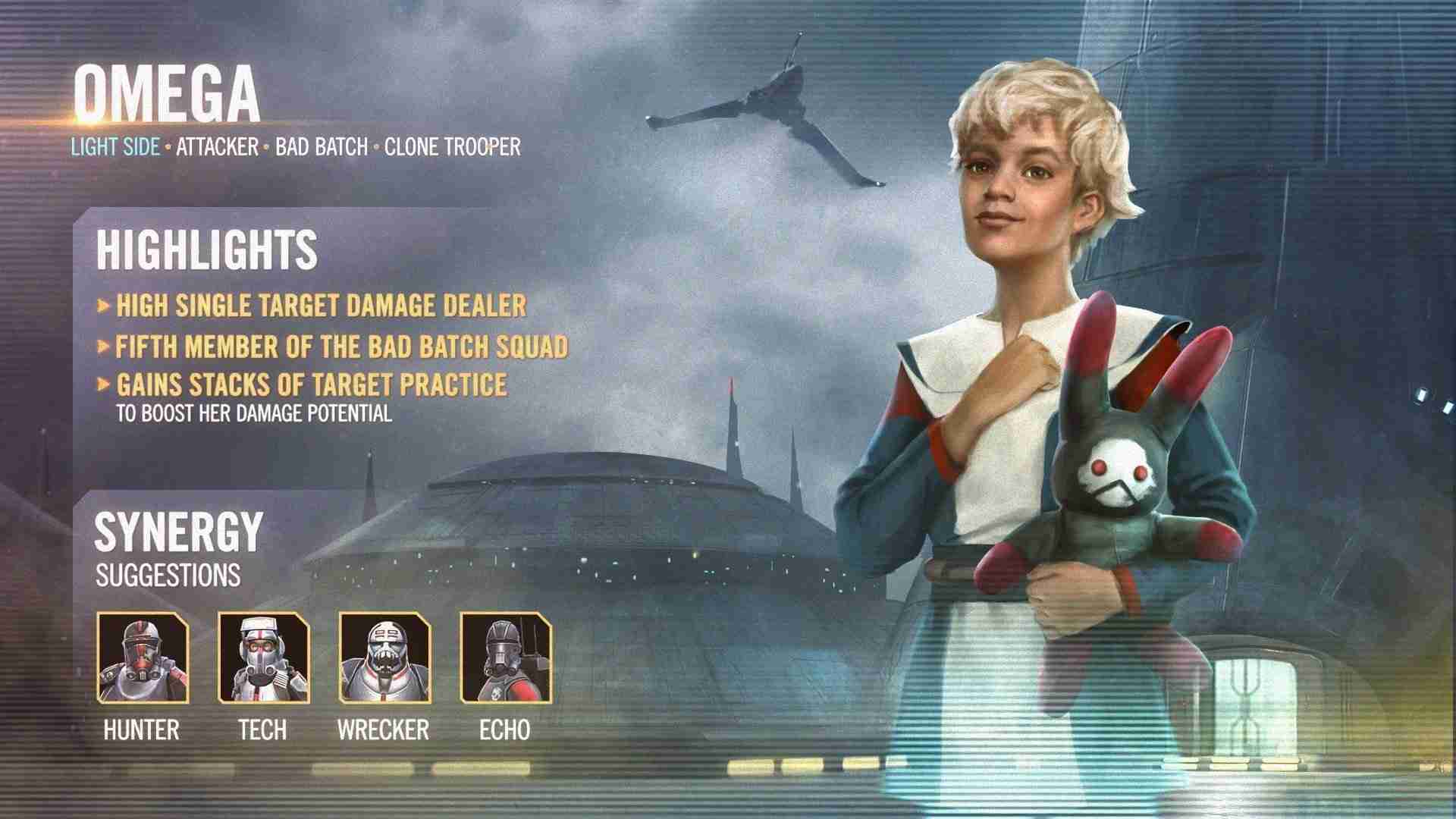 Omega has come to Galaxy of Heroes. Introduced in the Bad Batch TV show, Omega is a Fett clone and now fifth member of the Bad Batch squad. Wielding her lightbow, she is ready to take on any challengers with her team.

When it comes to Omega’s viability, it seems pretty bleak. It’s been shown that she actually hurts the Bad Batch’s ability to beat certain teams. Before, with the help of Shaak-Ti, you’re able to beat both 501st and Darth Revan squads. Now that Omega is here, they struggle to take of these exact same teams. This is because of Omega’s kit. While being able to apply blind and daze on her basic attack, it’s proving to be unhelpful in comparison to Shaak-Ti’s buff dispel. Apart from this difference the rest of Shaak-Ti’s kit is more useful such as giving a clone ally 100% turn meter.

Members of the Community almost feel lied to by the developers’ claims that Omega is meant to do big burst damage. Despite having a fairly high offense stat, the actual damage she is putting out is very lackluster. This is especially upsetting since her offense passively increases whenever Hunter takes a turn. An official response to this disappointment is not expected and the developers tweaking her stats and abilities even less so.

Omega has come to Galaxy of Heroes.

It’s never good news to hear that a new character harms an existing team. It isn’t all bad however, there are highlights. For instance, having Omega on the team allows Wrecker to taunt at the start of a battle. This allows him to use one of his special abilities that can stun the whole enemy team.

With all this being said, the community has more or less come to the conclusion that Omega is not worth spending money on. Her lack of viability against teams that the rest of the Bad Batch could already beat is a big reason why. However, in Galaxy of Heroes the number one rule is to have fun. If you really like Omega as a character, then by all means invest in her. Even if there are teams the Bad Batch can no longer beat with Omega, there are still plenty of teams they can beat.