Obi-Wan Kenobi Has Come To Galaxy of Heroes 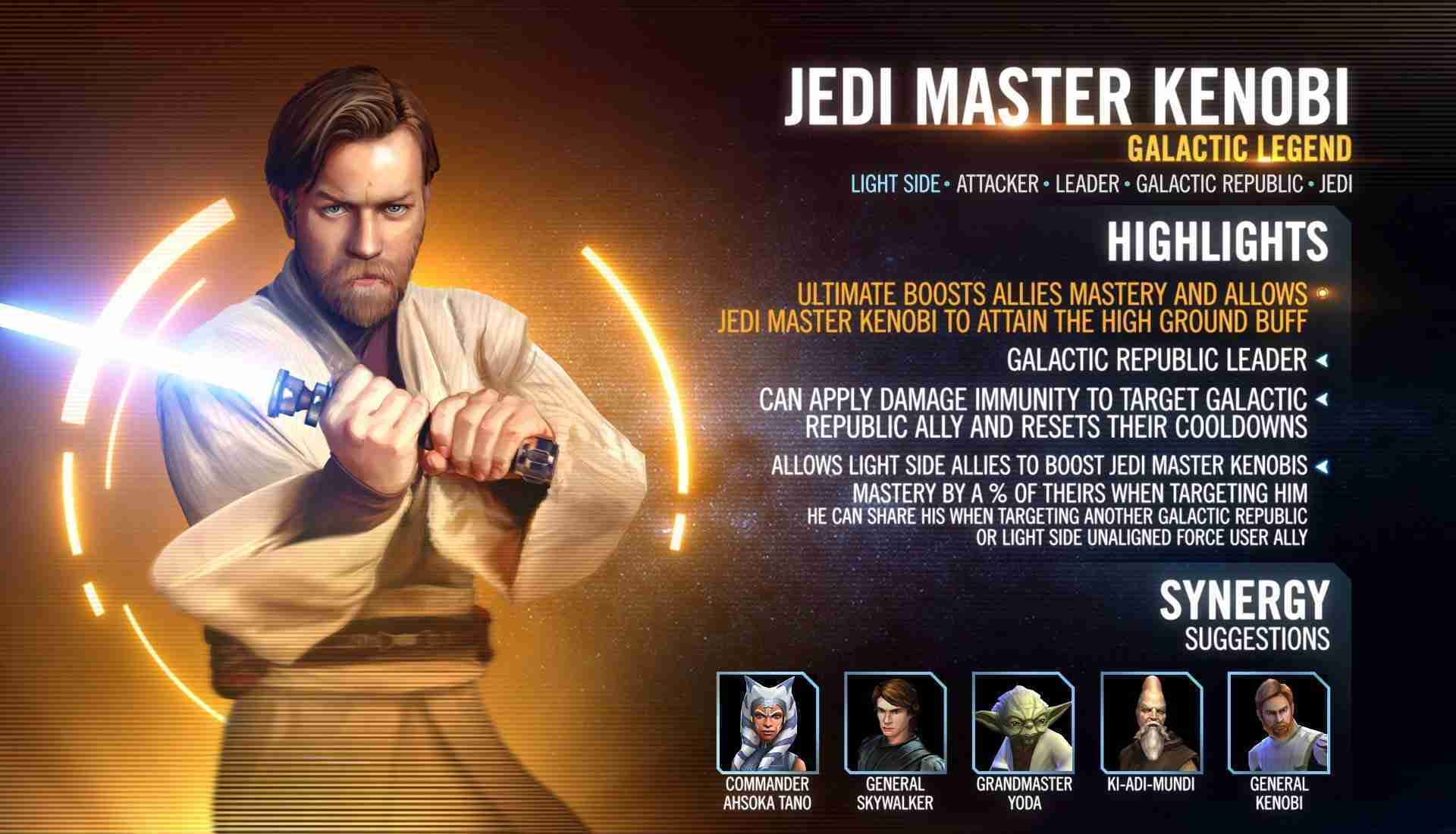 Obi-Wan Kenobi has come to Galaxy of Heroes. Obi-Wan is perhaps the most anticipated character in the history of Star Wars: Galaxy of Heroes. Jedi Master Kenobi was announced on May 4th, which you can read more about here.

Obi-Wan’s Event is a recreation of Revenge of the Sith. It begins with you battling with General Grievous as Obi-Wan and the 212th Attack Battalion on Utapau. Next is the final duel between Obi-Wan and General Grievous which ends with the death of the Droid General. After this you team up with Master Yoda and return to the Jedi Temple and battle Anakin’s 501st Clone Troopers. Stages four, five, and six are different sections of the legendary battle of the heroes where Obi-Wan and Anakin face off on Mustafar. Overall, the general consensus from the community has been overwhelmingly positive. Major issues with previous Galactic Legend events were addressed such as difficulty.

With regards to Obi-Wan’s viability in Squad Arena, it is safe to say he is right at home as a Galactic Legend. Testing shows he is able to solo a Sith Eternal Emperor squad, who is another Galactic Legend. That would be due to his ability to recover health and protection in addition to him dealing bonus damage to Sith characters.  Apart from the Emperor, he is also able to beat the other Galactic Legends with varying degrees of ease. With the help of the Bad Batch, which you can read more about here, Obi-Wan can take down a Supreme Leader Kylo Ren squad.

This tremendous team can also successfully defeat a Rey team however with much more difficulty. The final Galactic Legend, Jedi Master Luke, seems to be the toughest for Obi-Wan to beat. This fits well into the meta, as no team should be invincible and every Galactic Legend has a direct counter. As of now a non-Galactic Legend counter has not been found however there is confidence that one will be discovered.

Since Obi-Wan Kenobi has come to Galaxy of Heroes, the wait for the next Galactic Legend has begun. So far Galactic Legends have been released in pairs. For Obi-Wan the developers wanted to give him time to shine before introducing another. While not officially confirmed by the developers as of the time of writing, it is all but certain that Obi-Wan’s counterpart will be Lord Vader. Anakin Skywalker before losing on Mustafar and donning his iconic suit.

Die After Sunset Free to Play on Steam