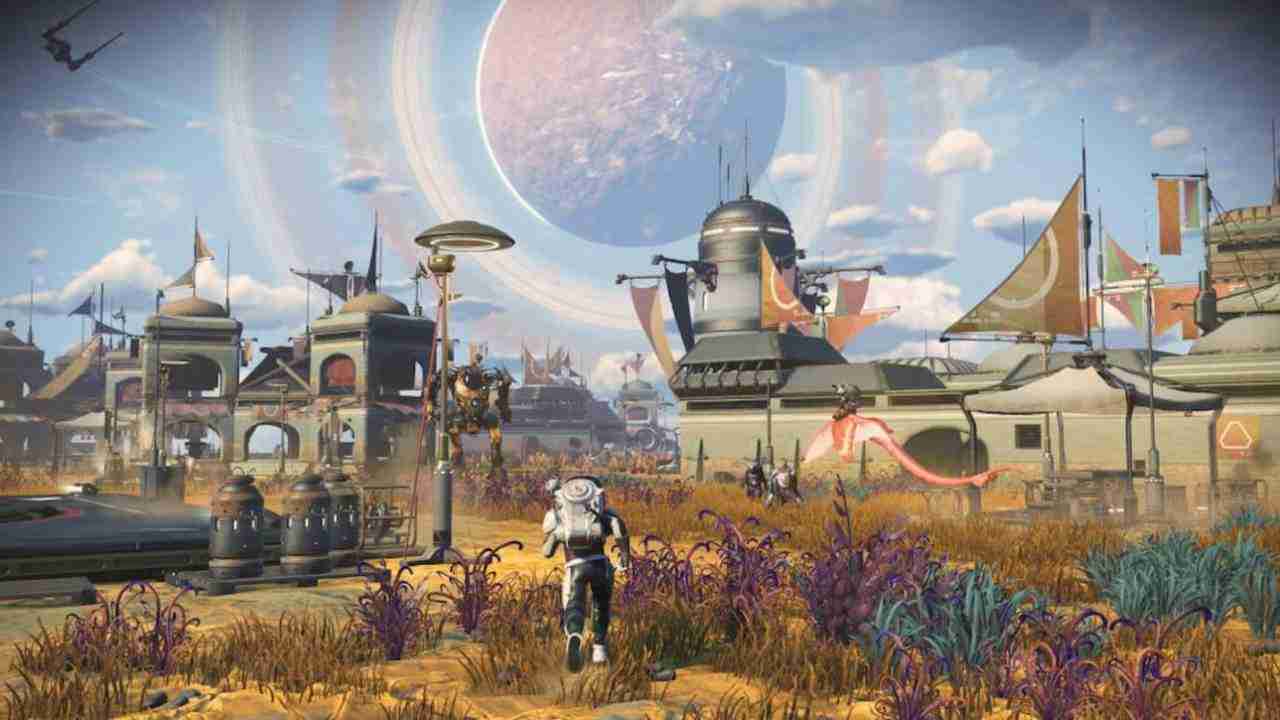 Just after the game turned 5 years old, No Man’s Sky is set to receive its next update. Normally a major game update isn’t big news, however, this is update number seventeen since launch. And the game now compared to launch is like comparing night to day with how much it’s changed. No Man’s Sky’s Frontiers is now ready for all players.

When To Expect The No Man’s Sky’s Frontiers update?

We showed you the teaser just under a month ago. And the update will be available today. By the time you read this, it could be available to download.

No Man’s Sky is a space exploration game. If you can see it, you’re able to go there. You have to mine fur resources to gather fuel, or look after pets and to build and maintain where you call home base. You also need resources to help upgrade your gear or to sell to buy new gear or ships. And you can do this on an infinite number of planets. And now with the No Man’s Sky’s Frontiers update, we get so much more.

Sean Murray the founder of Hello Games, the games developer and the main force behind No Man’s Sky posted the details of Twitter. He also posted the patch notes, and these give a more in-depth description of what’s been added with the addition of Man’s Sky’s Frontiers. And there is quite a hefty amount to look at. We can stumble across procedurally generated settlements whilst we explore. Each with its own unique look. The patch notes describe this as

This is something we’d see in the various cities around the planet. A town in Mexico for example will look very different from a town in the English Lake District. Picture the town in Forza Horizon 5 and compare it to Ambleside in Forza Horizon 4.

So what do we know about settlements?

Players won’t just see these added as a simple point of interest like a landmark on a planet. You can actually come across settlements with no overseer. In other words, you can take charge of everything. So any policies put in place will be at your say. In fact, pretty much every aspect is down to you. The notes describe this as

Earn the respect of the citizens to become overseer of your very own settlement. As overseer, you’ll be responsible for all aspects of the settler’s lives – naming the town, choosing what to build, commissioning festivals, resolving arguments, repelling the attacks of the Sentinels, and much more.

What else can be done

You can also expand them as Sean Murray said we have hundreds of new base parts. And we can build different types of building

Different building types influence how your settlement grows. Build farms and factories to increase productivity, or choose to prioritise the comfort and leisure of your citizens with a more relaxed approach to frontier life.

What about whilst in space?

We have the addition of multi-colored nebulars to really add done color to that vast universe.

That is appearing to be a scratch of the surface of the updated contents. The game really has changed so much since its launch. It’s currently on sale for both Xbox and PlayStation. If you have a PlayStation 5 or Xbox Series X/S, then the game was upgraded free. And the game is available on PC, Xbox, and cloud for Xbox Game Pass Ultimate members.