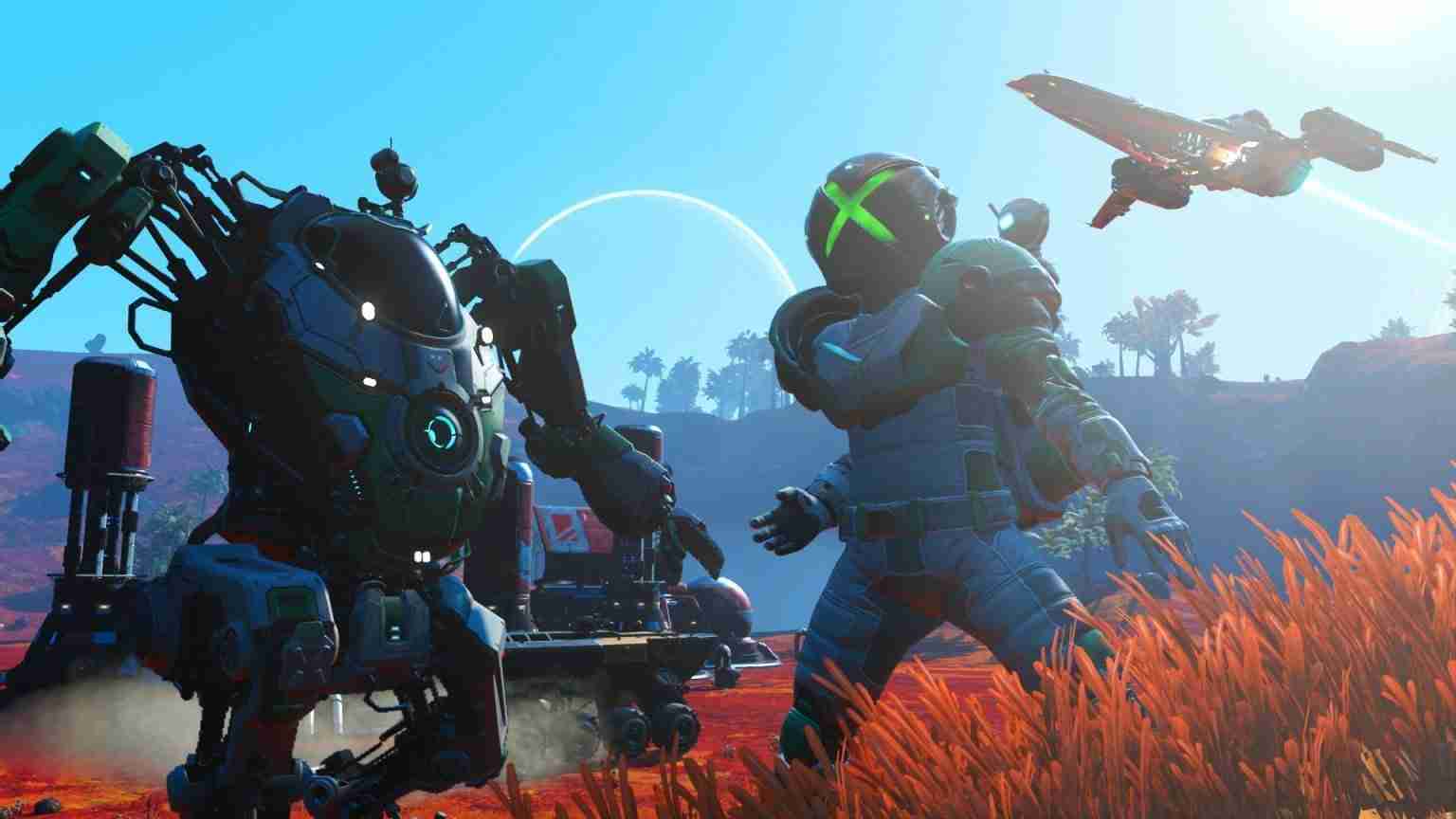 One of the more redeeming stories in gaming this gen is No Man’s Sky. Players have really enjoyed the improvements that have been made over the years. Now even more gamers get to enjoy this title. Per Xbox News, No Man’s Sky is set to come to Xbox Game Pass this June. Per Hello Games Sean Murray;

Almost two years ago, our small team at Hello Games brought No Man’s Sky to Xbox One for the first time and introduced Xbox One players to our infinite, procedurally-generated universe. Given how avidly Xbox One owners love to play together, it was perhaps no coincidence that the Xbox One release coincided with the large Next update, which brought fully-fledged multiplayer to the game for the first time.

Since then, we have seen countless travelers join together to survive, explore, trade and base-build together, never more so than when we released the Beyond update (our eighth major free update) in 2019.

Beyond significantly improved the multiplayer experience with, among other additions, the introduction of the Anomaly, a multiplayer hub which can be summoned at any point in space and from which a huge array of cooperative missions can be embarked upon for in-game rewards.

Since then, we’ve continued to provide regular free updates to the game including the Living Ship update in February and the Exo-Mech update in April. And there’s plenty more to come.

It seems like a natural and timely step to announce today that next month, No Man’s Sky will come to Xbox Game Pass, opening up our universe of possibilities to over 10 million Xbox Game Pass members who are just about to start their journey with us.

In addition, we can also announce that next month we’re bringing a Windows 10 PC version of No Man’s Sky to the Microsoft Store. Our PC fanbase has always been among our most active and devoted and we are overjoyed to be able to count Windows 10 PC gamers among them for the first time very soon.

For those who have already jumped into No Man’s Sky on Xbox One, I want to say thank you for being on this journey with us these past few years. Our small team have many more exciting things to come and we can’t wait to show you what we’ve been working on.

To those Xbox Game Pass members and Windows 10 PC gamers who have yet to had a chance to explore the universe and perhaps see what your other Xbox friends have been doing all this time, we are excited to welcome you and hope our devoted and welcoming community make you feel at home.